The Geely Emgrand series of vehicles has reached a momentous milestone with the 3 millionth Emgrand to date coming off the production line.

The first Emgrand EC7 rolled off the production line in August 2009, and with that, it kick-started a nameplate that has stood for value, excellence, and technology over a ten-year journey that has seen the range of vehicles expand and be sold across the globe. A global model, the EC7 was the first Chinese model to receive a four-star E-NCAP rating when it was launched. 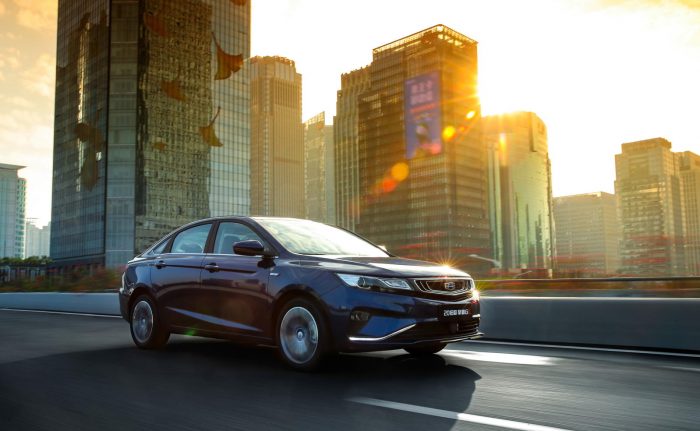 The Emgrand range of vehicles has expanded from the original EC7 Sedan to include the Emgrand GS crossover, Emgrand GL sedan and Emgrand EV with a segment-leading electric range of over 350km when it was first launched, which was later expanded to over 450km.

The Emgrand range is produced at Geely’s Linhai plant that was designed following cues from Volvo’s global manufacturing system. The plant is equipped with one of the most advanced production lines in the world including highly automated stamping, welding, painting, and final assembly lines.

Full production and quality inspection is assisted by over 390 robots from world-leading suppliers such as UK’s Hexagon International, Switzerland’s GUDEL, Sweden’s ABB and Germany’s Zeiss. Contributing to Geely’s advancements in manufacturing technologies, the plant is equipped with cloud technologies and uses big data analysis to make consistent improvements in the manufacturing cycle.

The 3 millionth Emgrand was a leading GL model – a car that was first launched in 2016 and has contributed heavily towards Geely’s growth over the past four years. The Emgrand GL was the first model in China to undergo an ‘ultra-stringent stress test’ which included a T-Bone crash test. The GL received high praise for its performance in the test and would later move to set a new standard for side-impact crash test performance within China.

Today, the Emgrand series has become a key breadwinner for the Geely Auto brand, contributing nearly a fourth of the brand’s annual sales. In the compact sedan market, the New Emgrand sedan has maintained its position as the only Chinese sedan among the top ten best-selling sedans in China while competing against some of the most well-known international models.

The high-quality, high-tech, highly affordable Emgrand series has become a model series which enables Geely Auto to fulfil its mission of “Making Refined Cars for Everyone.”

“The Emgrand range has been the best seller within China for eight continuous years. This proves that we can produce and sell high-quality vehicles that can compete with international brands head-on. I believe that three million units is just a start and the next three million will come even faster.”