Japaul Gold & Ventures Plc (Japaul) formerly Japaul Oil & Maritime Services Plc has concluded discussions and has gotten approval in principle from the Owners of H&H Mines Limited (the Company) for Japaul to invest in and or acquire some shares in the Company upon the conclusion of the fundraising exercise that Japaul has been working on.

H&H Mines Limited has many Licenses, which include two major Mining Leases for 25 years renewable. Extensive exploration has been done on the Mining properties and the last lap of the exploration works is Core Drilling which will enable Japaul to know the measured Minerals Reserve contained in the Mine. 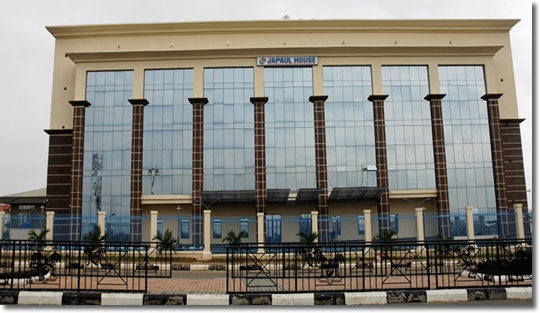 The Mines contain Gold, Silver, Lead, Zinc, etc. The need to get the drilling done is what led the Company to engage the services of the Chinese Company, Xiang Hui International Mining Company Nigeria. Since Japaul will eventually be part of H&H Mines Limited, it was necessary that Japaul is carried along on the kind of Contract of Drilling to be entered into, and that was why the signing of the Drilling Contract between the Chinese Company and H&H Mines Limited was concluded at Japaul’s Head Office.

Read Also:  How Functional is Solar During the Rainy Season?

The Drilling Project is expected to be concluded within the next 12 months, and within this time, Japaul would have concluded the Fund Raising, and then formalize her involvement in the Mining. Canadian Reports show that

- Advertisement -
Read Also:  How Functional is Solar During the Rainy Season?

there are huge Gold, Silver, Lead, etc deposits, but it is drilling that will reveal the actual Reserve.

Japaul Gold & Ventures Plc is presently making preparations toward Fund Raising and also tidying up issues that have to do with Share Reconstruction,

Balance Sheet Restructuring, etc., which Shareholders have given approval for during the last AGM held in July 2020.

Many Gold Mines have been lined up for Japaul’s partial or full acquisition depending on the equity that can possibly be raised.