Official data published by the National Bureau of Statistics (NBS) last week shows that Nigeria has formally moved into a technical recession, following its second successive quarterly Gross Domestic Product (GDP) contraction of -3.63% in the third quarter (July to September) of 2020.

Recall that in Q2 (April – June) 2020, Nigeria’s GDP had earlier contracted by -6.10%, owing mainly to the negative spill-over effect of the Coronavirus pandemic on human health, global supply and demand value chain, and investment appetite.

The latest GDP figure came in slightly higher than our projected range of -2.8 to -3.5% for the period, against this backdrop, we have taken our time to analyse the Q3 GDP data to establish the dynamics of the GDP components in the period, vis-a-vis our expectation in Q4 and beyond. 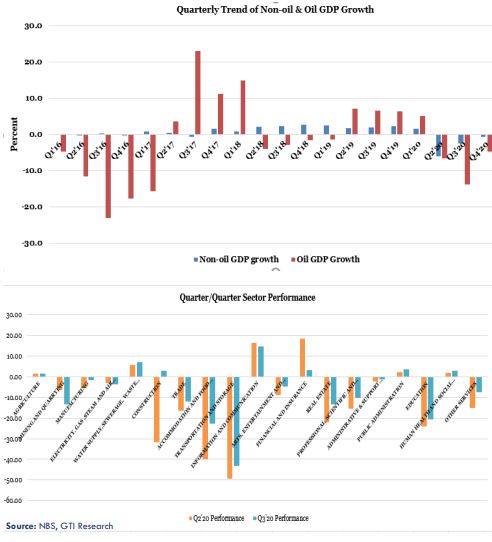 The contraction of the oil GDP, on one hand, could be attributed to the reduced crude output by the country in the period as a result of the enforcement of the OPEC+ output quota of 1.40MBPD on Nigeria since the turn of Q3’20, as against its budgeted output size of 1.85MBPD for the period.

This, in addition to the low crude oil price in the global market (which averaged $39.20pbl in Q3), accounted for Nigeria’s low earnings from crude oil sales during the period. 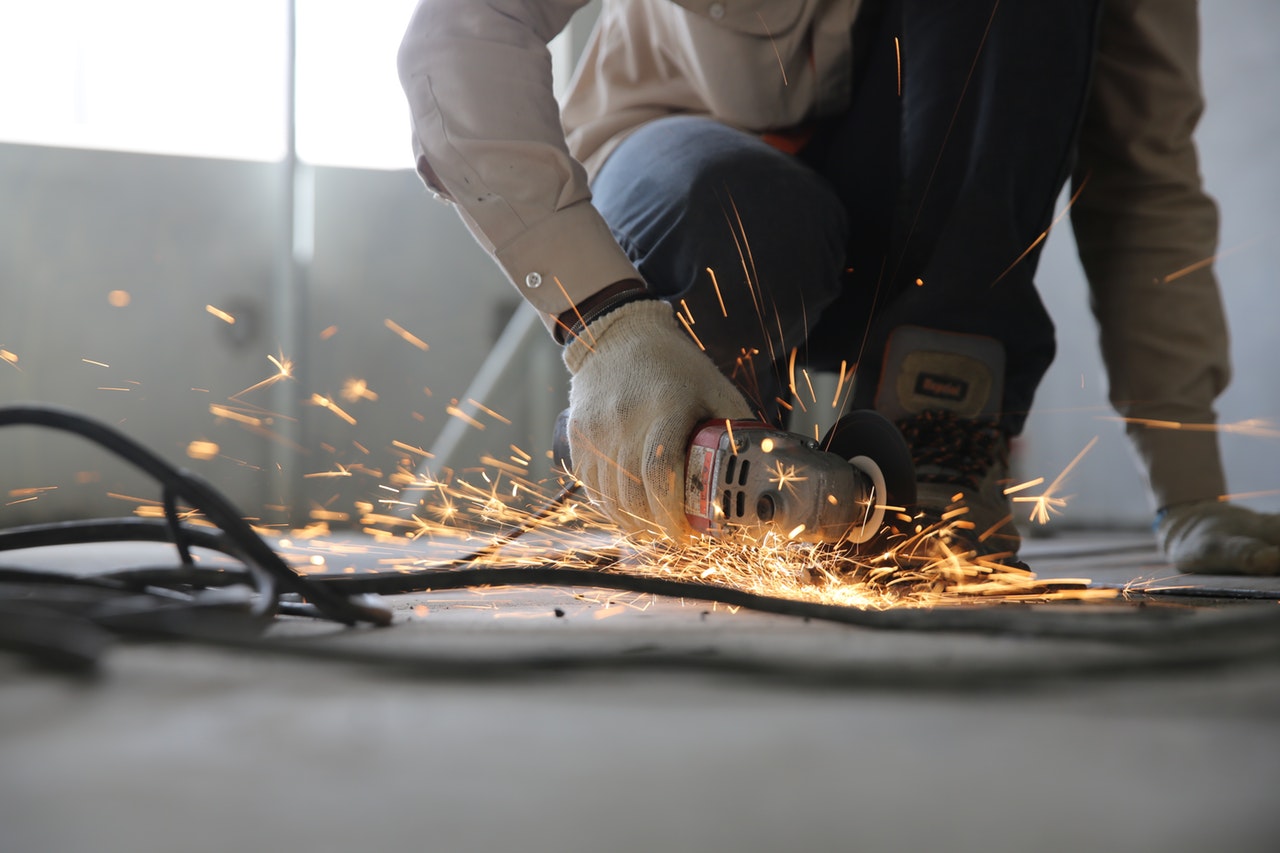 With the current move by the OPEC+ cartel to extend the output cut policy till the end of Q1’2021 and the expected improvement in the global demand for crude oil in the near term (buoyed by the progress recorded on COVID-19 vaccines), we expect Nigeria’s Oil GDP to improve and settle within the range of -4.8% to -6% in Q4’20, based on an estimated daily output of 1.40MBPD and per barrel price of $46/bl.

On the other hand, the Non-oil GDP which accounts for more than 91% of the total GDP size contracted by -2.51% in Q3’20, a significant improvement when compared to the -6.05% contraction reported in Q2’20.

This we believe was in reflection of the re-opening of more economic activities such as the commence of international flights, hotels and restaurants, schools, and religious centres in the period, in addition to some positive gains from the monetary and fiscal stimulus programmes such as the free CAC registration for 200,000 new MSMEs, and the N75bn SMEs Survival funds.

Disaggregated analysis of the Non-oil sectors

Despite re-opening of the entire economic activities since mid of August 2020 and the numerous stimulus packages announced by both the fiscal and monetary authorities, the recovery pace of most of the sectors that made up the Non-oil GDP came in disappointing in Q3’20.

Precisely, only Seven out of the Nineteen component sectors of the Non-oil GDP recorded positive growth in Q3; just one addition (Construction sector) to the Six that grew in Q2.

Read Also:  South Africa Slips Into Recession, What You Need To Know

Leading indicator and expectation for Q4

Our expectation of the performance of the economy in Q4 remains modest. We expect the GDP to remain in the contraction region, albeit, more reduced than that of Q2 and Q3.

Specifically, we project a GDP contraction of about -1.75% in Q4, driven by improved fundamentals such as the positive spill-over-effect of the strong recovery of the equity market in October and November (up by 30.6%), the return of the Purchasing Managers’ Index (PMI) to expansion region in November after nine months, and stability of crude oil price above $40/bl in most of October and November.

However, downside risk factors such as the huge destruction and looting of properties by hoodlums who hijacked the End SARs protest in October, the weak purchasing power of consumer as a result of the sustained rise in the Inflation rate (especially Food price inflation), and exchange rate depreciation due to dollar scarcity, (we believe) will weigh on the recovery potential of the GDP in Q4’20 thereby keeping it in the contraction region.

In line with our expectation, Nigeria’s economy went into recession as it printed two consecutive quarters of negative growth rates. Specifically, the country’s real...
Read more

Nigeria's gross domestic product (GDP) recorded a growth rate of -3.62% (year-on-year) in real terms in the third quarter of 2020. While this represents...
Read more
- Advertisement -