Global consumer optimism rallies to its highest in 9 months – Ipsos

As the new year begins, the Ipsos Global Consumer Confidence Index shows an uptick of nine-tenths of one point from last month to 43.4. After experiencing relative stability in November and December, global consumer sentiment is up to its highest level since April 2020.

However, the index is down 5.2 points from its pre-pandemic level of January 2020 and falls 3.2 points short of its 10-year historical average.

The Global Consumer Confidence Index is the average of 24 world markets’ National Indices. It is based on a monthly survey of more than 17,500 adults under the age of 75 conducted on Ipsos’ Global Advisor online platform.

With a month-on-month gain of 1.6 points, Australia joins China as the only two countries surveyed among all 24 with a significantly higher National Index when compared to one year ago.

January 2021 National Index and Change vs. January and December 2020 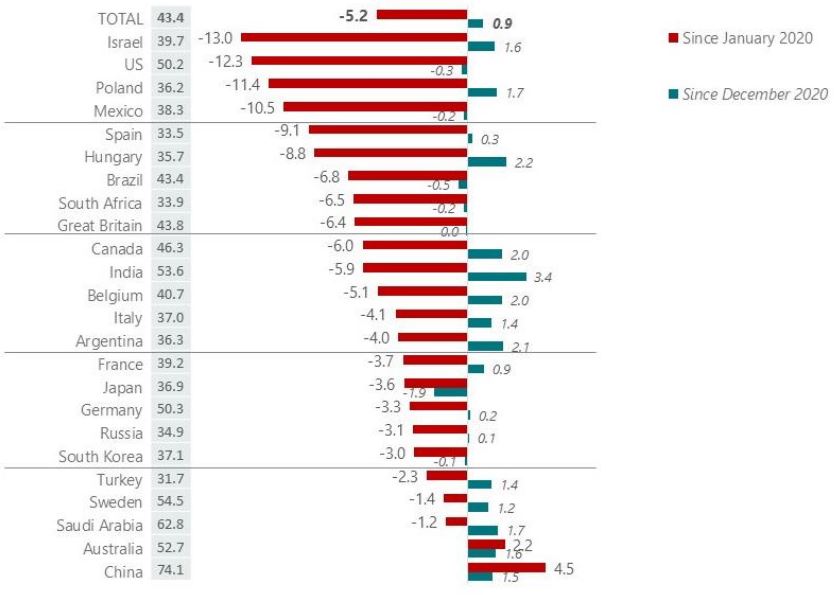 Globally, the Jobs (+0.7) and Expectations (+0.8) Indices have both gained a little less than one point since last month. The Investment Index (+1.2) is posting its largest month-to-month increase since the start of the tracker in 2010. Japan is the only country to show losses across all three of these indices.

Read Also:  The Five Forces of Customer Experience – The science of strong relationships

Seven in ten adults worldwide (70%) say abortion should be permitted, according to a new Ipsos Global Advisor survey of nearly 17,500 men and...
Read more
- Advertisement -