Evangelist Bukki Olujide is set to launch 50 songs of praise in celebration of her birthday on the 30th January 2021 at Redeemed Christian Church of God, Osun Province 6, Zion Mega, Ibikunle, Osogbo, Osun state. 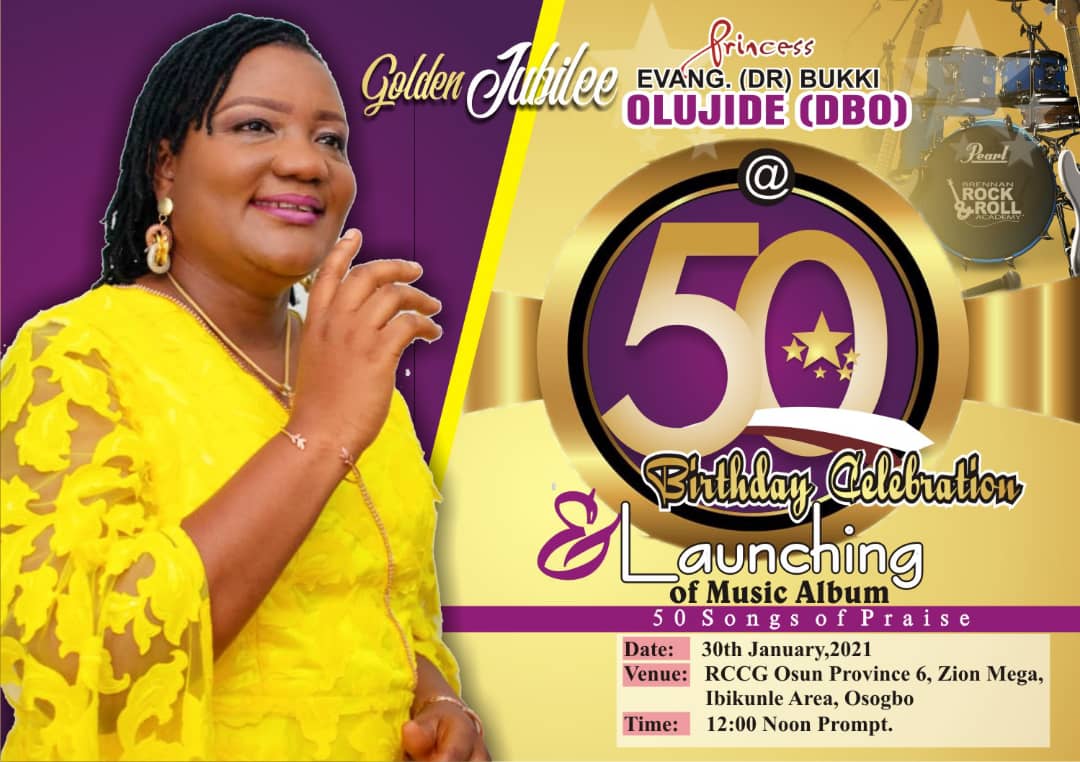 She has achieved numerous feats in her 50 years in life. Among her numerous feats are being a Medical doctor that specialises in public health and a founder of a medical Non-government organisation. She is the Director of Medical Services, Osun state Primary Health Care Board and her medical non-government organisation named Total Family Initiative focuses on Dietary health of the family.

Her love for the family had her rewarded and blessed with 3 children, two boys and one girl. The love she tries to share is not just for humans but for God as she also happens to be an Evangelist, Gospel Singer, a writer and a Drama Minister. She uses her talent for God.

This album comes after her first two albums. The first album, named Odun tuntun, is a new year song released in 2013 and we also have the second album named Ireti Ire, released in 2017.