Silhouette Challenge: The Power of Exposure and Familiarity

The first month of the year 2021 just ended however the internet seems to have exploded with challenges left and right originating from Tiktok as we had the buss it challenges and now the silhouette challenge.

A lot of people have voiced their opinions about the morality of the challenge but that is not what this Short article is about. In this article, I would be unpacking why this challenge seems to be gaining more popularity as the day goes by. 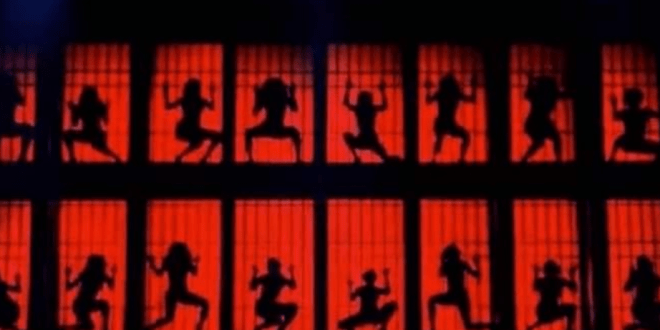 Here is what you need to know about why the challenge is getting Popular:

This is one of the reasons why many new ideas fail and also the reason why some ideas work. Being familiar with aspects of new ideas in order to make new ideas work in society is important.

New ideas have to be made familiar and old ideas have to have unfamiliar aspects in order to attract people. People love new shiny things but also find it hard letting go of older ideas they are comfortable with.

Videos with the hashtag #silhouettechallenge have already been viewed over 150 million times on TikTok. The videos however have found it’s way to other social media platforms like Instagram and Twitter thereby reinforcing the impact of the challenge.

The Silhouette Challenge involves posing in a doorway before turning yourself into a black silhouette against a red background. It combines the popular transition trend that’s taken over TikTok in the past year, but adds a little twist, using filters and colour to enhance the transition. What this means is that the transition trend is not something totally new and is an old idea reformed by adding new additions.

Read Also:  MTN Campaign Tagged "What Can We Do Together " Launches It's 3rd Year (Pictures)

Another aspect of familiarity is the song. It is a blend of The track is a remix of two songs, Put Your Head on My Shoulder by Paul Anka and Streets by Doja Cat.

The popular lyric put your hands on my shoulder is from a 1959 song adapted for this challenge with the right mix from a new song. This challenge has increased the popularity of the classic and the new song by Doja Cat.

The sound was created by a TikTok user called @guiliadinicolantonio and has been used on the app 88,000 times as of January 29th 2021

The nature of the challenge allowed quick popularity among millennials. The right exposure took place at the home of challenges be named Tik Tok and with the amount of participation forced exposure and became a viral hit.

The more people got exposed to the challenge, the higher the participation and talks around it. Even the issue of morality helped made the challenge more popular.

This is the way and manner in which people live. There have been issues of what women can do and can’t do. Many see the challenge as an opportunity to a reaffirmation of their womanhood and what they stand for while others cried out against.

- Advertisement -
Read Also:  MTN Campaign Tagged "What Can We Do Together " Launches It's 3rd Year (Pictures)

The clash in cultural thinking of individuals gave the much-needed flames for the challenge to gain more popularity.

These are the three driving forces on why the challenge is gaining more popularity and generating newsworthy attention.