APC Party Registration: A Time to Get Involved

Every politics is local and democracy only works when the people actively participate.

There is no dispute that our democracy is currently nascent and growing. The ongoing party registration and revalidation of the All Progressives Congress (APC) is an opportunity for young people, independents, and progressive-minded citizens to get involved in the substructure of our political system upon which the path to attaining power is built.

Our young people, particularly the #SoroSokeGeneration need to understand that the purpose and drive of a people-oriented democracy are to create a political system that allows people to participate competitively, within a striving ideological context codified in the doctrine of a political party structure. 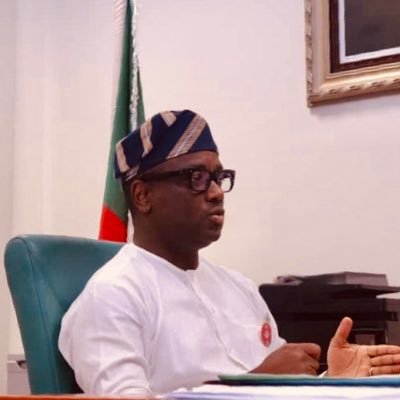 They also need to know that the primary agenda of a political party is to control the seat of power both politically and economically which is actualised through the selection of candidates and campaigning for such candidates to project and protect the ethos of its ideology.

Today in Nigeria, there is no provision for independent candidacy (though there are ongoing constitutional amendments by the National Assembly to address this), so any individual who desires to participate in practical politics, must belong to a political party. It is the party that gives the candidate a platform and structure to introduce himself/herself to the people.

In every democracy, the people who control the political party will determine those to be put forward to represent the people, after all, every leader is a reflection of its people, hence the significant importance of a political party in the area of governance.

According to Britannica, political parties

“have one function in common: they all participate to some extent in the exercise of political power, whether by forming a government or by exercising the function of opposition, a function that is often of crucial importance in the determination of national policy.”

It is time to get involved and young people must pay attention to Party Registration – be the change you want to see in governance. #JoinAPC pic.twitter.com/RXP2cyx1p8

- Advertisement -
Read Also:  95% of small businesses fail in the first five years - don’t let yours be one

The political party as an institution of selection and nomination of persons for political representation is created to accomplish this essential task of mobilising the mass of voters to attain political control. As of today, I believe our youth demography despite constituting over 45 percent of the total population is insufficiently represented in party membership, leadership, and legislatures.

To change the narrative, the youth must see it as a sense of duty to participate in the process and align their strength within the progressive fold of APC to make a decisive impact in the representation of our dear country.

I am calling on all to see the ongoing registration process as an opportunity to drive the process of a resilient democracy and remodel the quality of representatives the party would be putting forward at every poll.

Honourable Babajimi Benson, member of the House of Representatives, on party registration of the APC.