The Lagos State Government has disclosed that no fewer than 1.5 million dogs will be vaccinated within the next two weeks, during the free anti-rabies vaccination campaign embarked upon to prevent deaths of animals in the State.

The State Commissioner for Agriculture, Ms. Abisola Olusanya stated this today at the flag-off of the vaccination campaign held at the palace of Oba Ayangburen of Ikorodu. She noted that Lagos pioneered the campaign exercise in the country, stating that the vaccination would take place yearly for the next three years to be effective on dogs. 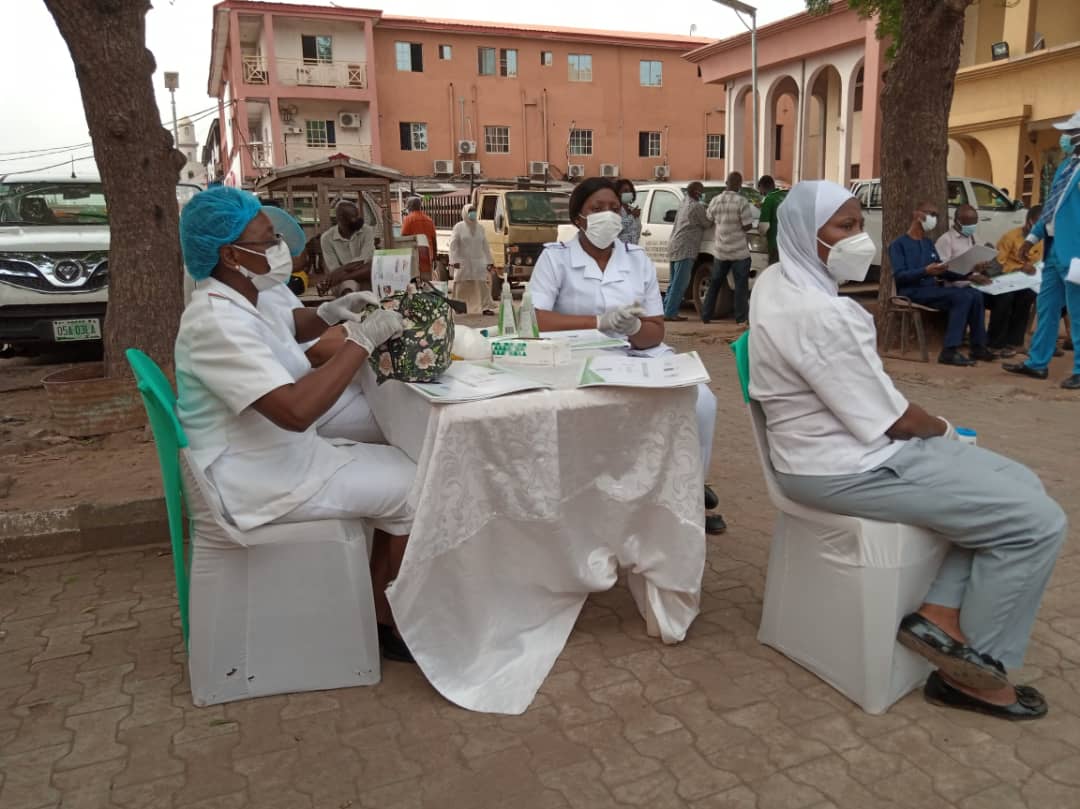 Olusanya observed that a lot of the dogs in the State are not registered or licensed hence a lot of rabid dogs could be on the prowl, stressing the need for vaccination to prevent rabies.

The Commissioner urged pet owners as responsible citizens to bring their dogs and cats for the exercise, noting that the State Government, being a responsive government, has made the exercise free of charge for the citizenry. 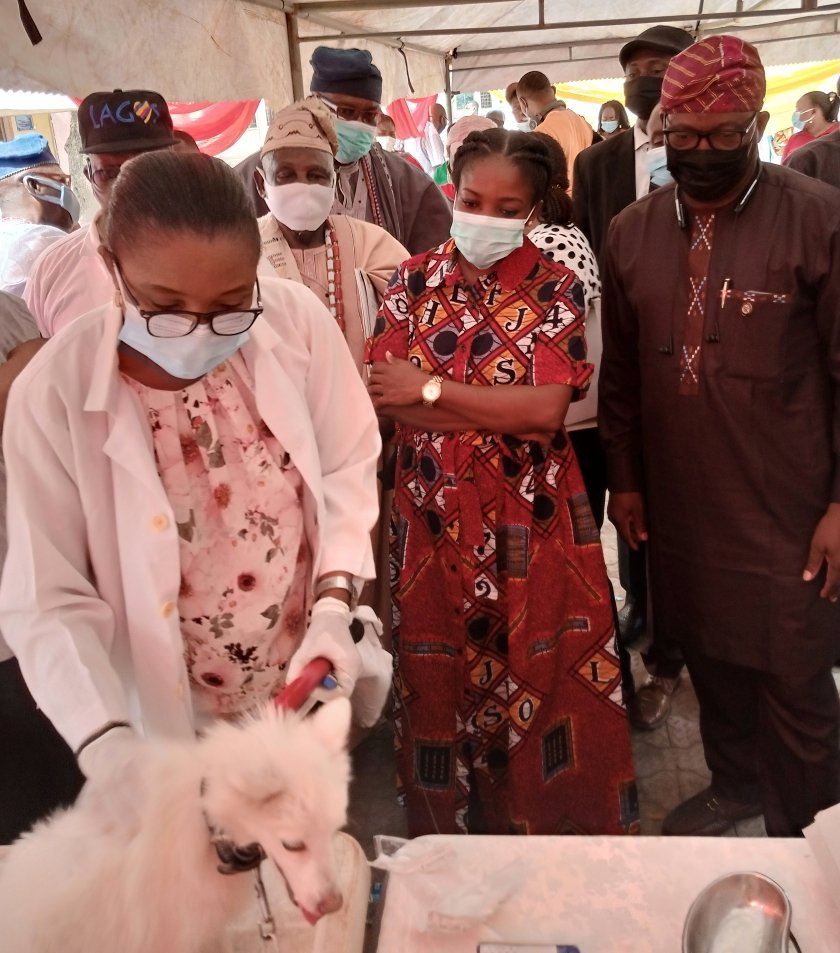 She said: “Dogs are the major source of transmitting the dreaded rabies disease when unvaccinated. It is, therefore, imperative as a responsible and responsive government under the able leadership of Mr. Governor, Babajide Sanw-Olu, to champion the global goal of eradicating the disease, which is majorly curtailed through deliberate annual vaccination of our pets”. 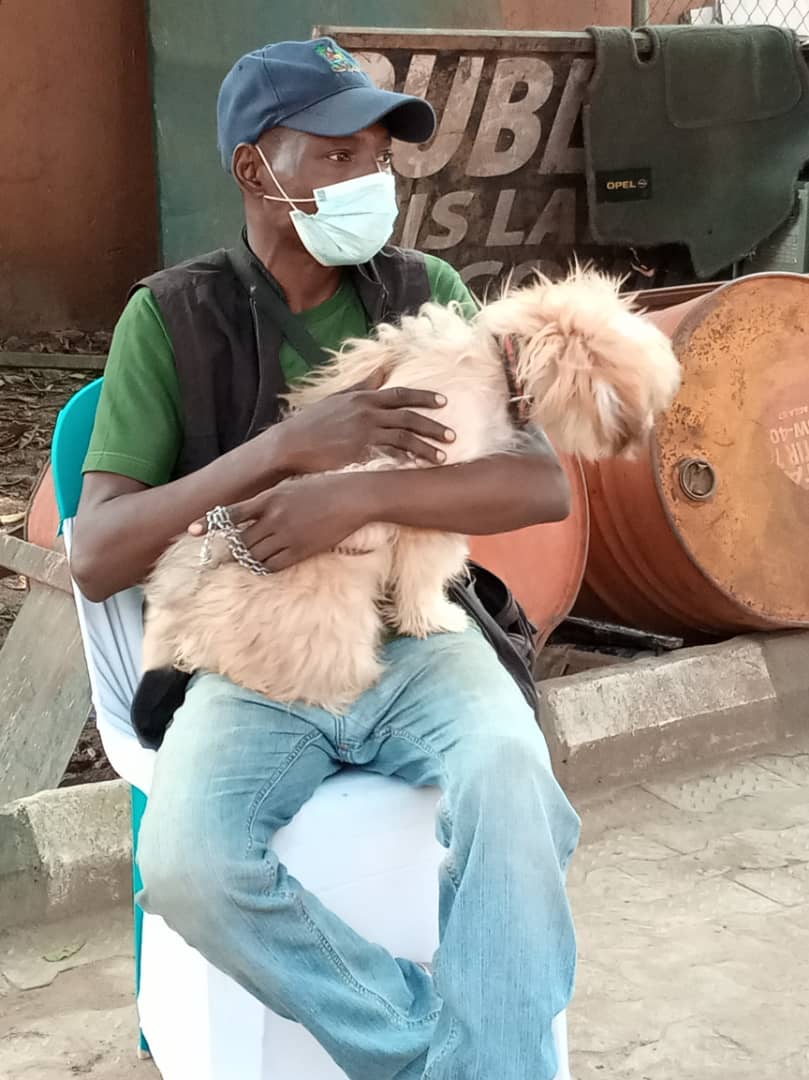 “With an estimated 1.5 million dogs in the State, I hereby enjoin all individuals, corporate organisations, communities to collaborate towards more responsible dog ownership to curb the stray of animals in the environment”, Olusanya noted.

Read Also:  FIFA and WHO #ACTogether to tackle COVID-19 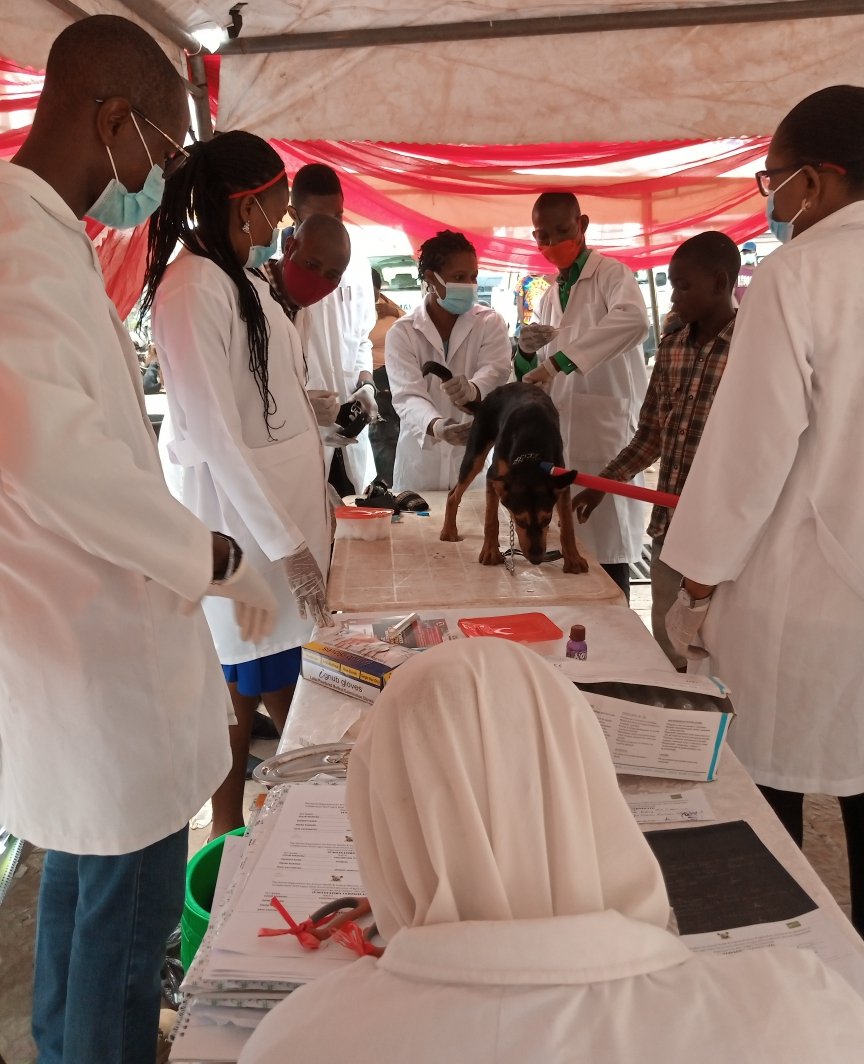 Urging residents to ensure the registration and yearly vaccination of pets and other animals, the Commissioner said the enrolment could be done at government veterinary hospitals, clinics and government registered private animal health care centres.

Earlier, the Chief Veterinary Officer of Nigeria, Dr. Olaniran Alabi, noted that an estimated 70,000 people globally die of rabies every year, adding that less than five percent of dogs are vaccinated in Nigeria due to high cost of the vaccines.

Alabi, who was represented by Dr. Mairo Kachalla, revealed that the disease can be transmitted through the bite of an infected animal or man, with 99% fatality if efficient post-exposure prophylaxis treatment is not instituted early.

He said that rabies is a highly fatal disease affecting all warm-blooded animals but despite the high fatality, the disease is 100% preventable through mass dog vaccination and enlightenment campaigns, pointing out that dogs account for the highest percentage of human deaths resulting from rabies.

Dr. Kachalla said that the World Organisation for Animal Health(OIE) recommends that at least 70% of dogs should be vaccinated annually for three consecutive years in order to break the transmission cycle of rabies and, consequently, eliminate the disease.

According to him, rabies is one of the priorities Transboundary Animal Diseases and has remained endemic in Nigeria since it was first reported in 1912.