The ‘Haka’ is a ceremonial dance of the Maori tribe of New Zealand usually performed in a group. It is characterized by energetic body movement, fierce facial expressions, and rhythmic loud chants. Maori mythology suggests that the Haka is a dance about the celebration of life. 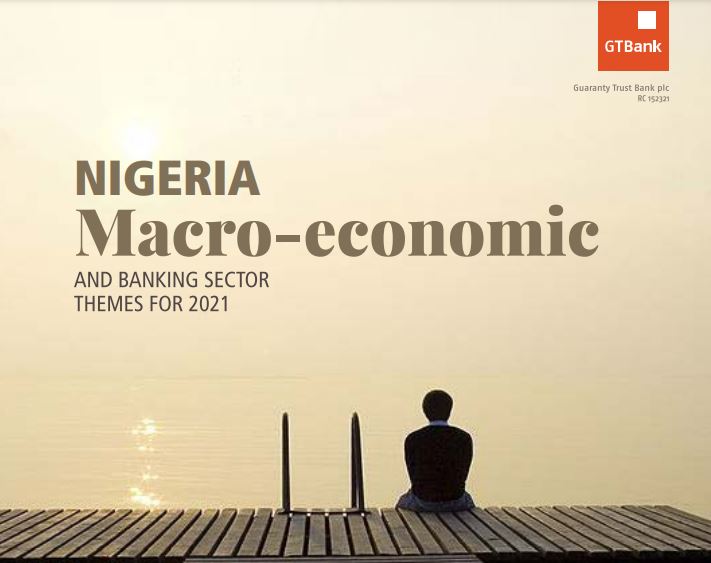 The most famous of many versions of the Haka is the Ka Mate which symbolizes the celebration of life triumphing over death and is performed by the New Zealand national rugby team, the All Blacks, before every match. When Covid-19 is long gone, may we gather in groups with our families and friends to dance the Ka Mate with all its passion and vigour?

As of the time of writing, Covid-19 had spread to over 220 countries, infecting about 103 million people with over 2.2 million fatalities. The pandemic inspired changes in the way we live and made 2020 a difficult year to forget.

Asides from the pandemic, 2020 was also a ‘year of fire’ as uncontrollable wildfires in Australia, Siberia, the Amazon and the West Coast of the US, reminded the world of the raging danger of climate change. Scientists argued that climate change also played a part in the worst locust plague in over 2 decades that swept through parts of East Africa and South Asia destroying crops and causing marked environmental and health challenges.

Moving to global politics, with Joe Biden sworn-in as the 46th President of the US, we are keen to see former President Trump’s next move as his alleged part in inciting an insurrection of the Capitol Hill earned him an impeachment making him the first American president to be impeached twice. Biden’s presidency is expected to represent, for many, a reassuring reset for an America significantly divided by the politics of President Trump.

Riding on the surge of bitcoin in 2020, China is set on making its currency, the Yuan, a dominant global currency with the launching of the world’s first e-currency, the e-yuan.

In a related development, most central banks are finalizing plans to launch their digital currencies to mitigate the raging threat of cryptocurrencies on fiat currencies and offer alternatives that could see people withdraw money from their bank accounts into their government-backed digital wallet.

In the UK, the political weight of fishing came to bear as an entire section and several annexes were dedicated to fisheries in the Brexit trade deal agreed on Christmas Eve came to effect on January 1st, 2021. The Beirut port explosion resulting from the accidental ignition of over 2,700 tonnes of ammonium nitrate, coupled with the political instability and reeling effect of the covid-19 pandemic exacerbated an already dire economic condition in Lebanon.

The death of George Floyd, a black man who died after a police officer knelt on his neck for almost 10 minutes, triggered massive protests against systemic racism and police brutality in the US; cascading into similar protests against injustice and corruption by government officials in several countries including Thailand, Bulgaria, Nigeria, etc.

The sports world was thrown into mourning by the deaths of US basketball legend Kobe Bryant and Argentine football legend Diego Maradona; events that opened and closed the year. Health workers all over the world earned the super-hero title as they, not only worked round the clock to save lives and bring the pandemic under control but also battled to stay alive being endangered themselves.

Economically, the pandemic-induced lockdowns and movement restrictions disrupted international trade and impacted investment and human capital. This led to a collapse of global economic activity and drove many economies into a recession.

The World Bank estimates that the global economy would have contracted by 4.3% in 2020 but opines a 4.1% expansion in 2021 predicated on proper pandemic management, accelerated and effective vaccination and improved monetary policies.

In Emerging Markets and Developing Economies (EMDEs) where it is estimated that a minimum of 10-year gains in per capita income had been eroded in 2020, the World Bank projects an expansion of about 5% in 2021 on the back of improved external demands, curtailed pandemic spread and better-than-expected recovery in China. Excluding China, projected growth is expected to slow to 3.4% as most EMDEs went into recession in 2020.

The spread of the virus in Sub-Saharan Africa (SSA) has been lower-than-expected despite the region’s relatively weaker healthcare systems and huge informal sector players. The lower number of cases relative to prediction has been ascribed to the region’s pre-dominantly young population who seem less vulnerable to the pandemic.

There are however concerns that the true impact of the pandemic might be understated owing to inadequate testing capabilities and inaccurate monitoring of Covid-19 related illnesses and fatalities.

The World Bank expects that the region shrunk by 3.7% in 2020 but projects a 2.7% growth in 2021 predicated on improved economic activity in the region’s largest economies (Nigeria, South Africa, Angola, etc), resumption of tourism activity in some countries, higher international prices for agricultural exports, acceleration in investment (especially foreign direct investment) and the implementation of the African Continental Free Trade Area (AfCFTA) agreement.

The region-specific downside risks to this projection include lower-than-expected growth in the region’s key trading economies, lingering adverse effects of the pandemic, delayed distribution of the vaccines, additional lockdowns, muted investments and further delay in implementing AfCFTA.

Generally, the worst-hit countries will include those with a heavy reliance on services and tourism, relatively large domestic outbreaks of the covid-19 pandemic as well as those dependent on industrial commodity exports that suffered a sharp decline in demand. A related concern is the growing debt crisis arising from rising financial deficits occasioned by the increased government borrowings amidst plummeting revenues.

Aside from the devastating impact of the covid-19 pandemic which triggered the health and economic challenges, the aftermath of the peaceful #ENDSARS protests across the country by youths lending their voices against brutality and high-handedness of the Special AntiRobbery Squad (SARS) of the Nigerian Police Force (NPF) cast a dark shadow on the year 2020. Relatedly, the deteriorating security situation amplified calls for a change of guard of security chiefs in the country.

In his 2021 New Year message, whilst reassuring the youths of his administration’s commitment to fulfilling their 5for5 demands and reforming the NPF, President Buhari also revealed plans to re-energize and reorganize the security apparatus and personnel of the security agencies to enhance their capacity to subdue criminal and extremist groups in the country. In line with his promise, President Buhari replaced the service chiefs, in January 2021.

Guaranty Trust Bank (GTBank) Plc plans to acquire a Kenyan lender as part of its expansion on the continent, according to the managing director,...
Read more
- Advertisement -