The Governor of Akwa Ibom State, Mr. Udom Emmanuel has signed an agreement for the citing of a multi-billion fertilizer plant in his State.

Governor Emmanuel was part of a Nigerian delegation led by the Minister of State for Petroleum Resources, Chief Timipre Sylva, that visited Morocco to set out the next steps of the $1.4 Billion fertilizer production plant project launched in June 2018. 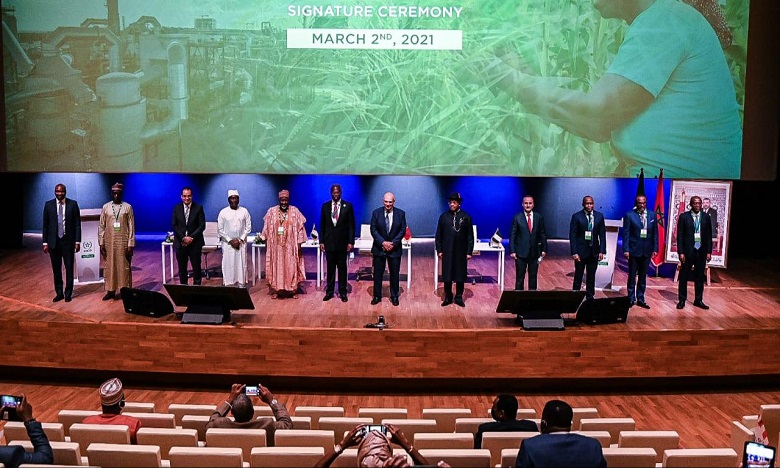 The agreement between the OCP Africa, the Nigerian Sovereign Investment Authority and the Akwa Ibom State Government will birth one of the biggest investments in the fertilizer production industry worldwide.

Mr. Emmanuel signed one of the agreements of the partnership, which covers a memorandum of understanding between OCP Africa, the Akwa Ibom State in Nigeria and the NSIA on land acquisition, administrative facilitation, and common agricultural development projects in the Akwa Ibom State.

Speaking while signing the agreement, Governor Emmanuel said, “Our state is receptive to investments and we are prepared to offer the necessary support to make the project a reality. 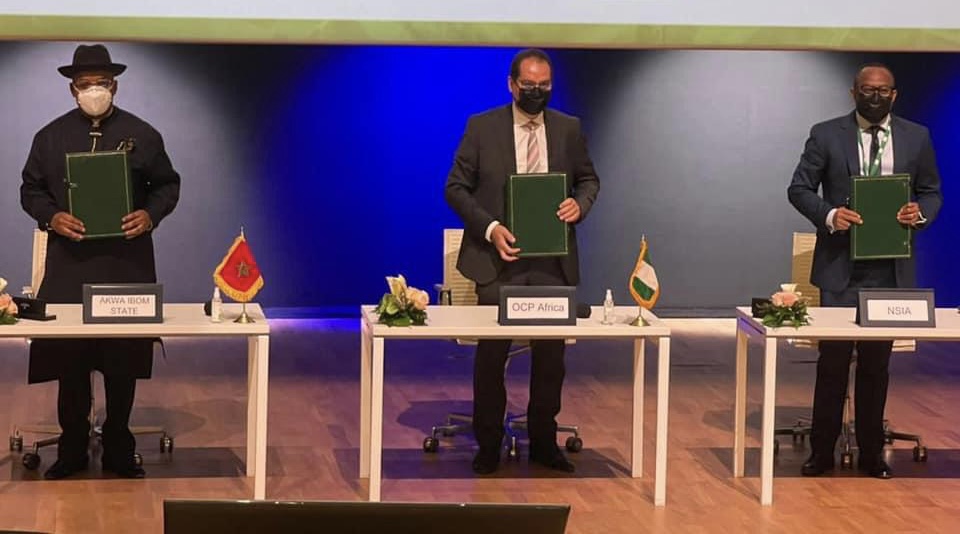 “With a site that is suitably located to enable operational logistics and an abundance of gas resources, all that is left is for the parties to accelerate the project development process”, Mr. Udom said.

The agreement reached between the Nigerian Government and the OCP further links OCP, Mobil Producing Nigeria (MPN), the NNPC, the Gas Aggregation Company Nigeria (GACN), and the NSIA.

This project will lead to a multipurpose industrial platform in Nigeria, which will use Nigerian gas and Moroccan phosphate to produce 750,000 tons of ammonia and 1 million tons of phosphate fertilizers annually by 2025.

The visit of the Nigerian delegation to Morocco takes place within the frame of the partnership sealed between OCP Group and the Nigerian Government to support and develop Nigeria’s agriculture industry.

Following the success of the first phase of Nigeria‘s Presidential Fertilizer Initiative (PFI) and the progress of the fertilizer production plant project launched in 2018 by OCP and NSIA, the Moroccan phosphates group and the Nigerian government delegation have agreed on the next steps of their joint project which is rapidly taking shape.

Several cooperation agreements were inked on Tuesday at the Mohammed VI Polytechnic University (UM6P) by OCP Africa and the Nigerian delegation. Through these deals, OCP reaffirms its unwavering support of agricultural development initiatives in Nigeria including PFI.

OCP Africa and the NSIA have agreed, inter alia, to set up a joint venture which will oversee the development of the industrial platform that will produce ammonia and fertilizers in Nigeria.

The OCP has also pledged to supply Nigerian famers with quality fertilizers adapted to the needs of their soil at competitive prices and produced locally.