The FA Cup is back this weekend with a thrilling quarter-final clash.

On Saturday, Man City will seek to maintain their winning streaks as they are away to Everton at 6:30 pm. Bournemouth seeks glory against Southampton at 1:15 pm. On Sunday, Chelsea will face Sheffield United at 2:30 pm while Manchester United will travel to Leicester at 6 pm. 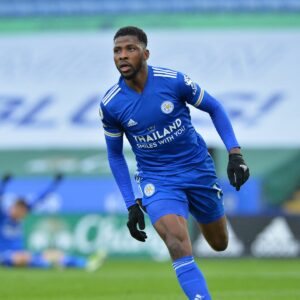 Football fans will see all matches on StarTimes Basic bouquet for N1700 monthly or N160 per day and on Smart Bouquet for N2200 or N200 per day. Last Monday, StarTimes moved ST World Football channel to lower bouquets to enable all football lovers to gain access to premium sports content without breaking the bank.

The Red Devils are having a season to remember and are well-positioned to continue their pursuit of silverware. Leicester City themselves are having a great season and coach Brendan Rodgers will face some tough decisions ahead of the game whether to start with Kelechi Iheanacho up front alongside Jamie Vardy and Ayoze Perez.

The Nigerian scored a hat-trick in the Foxes in their last outing and said he was looking forward to scoring more goals for the side. “That’s what happens when three strikers play in the same game.”

Goals are something that Chelsea striker Tammy Abraham has also been scoring. He is the joint-top scorer in the competition and he is hoping he can add to his tally in the Blues’ game at home against struggling Sheffield United on Sunday.

Chelsea joins Liverpool and Manchester City in Friday’s UEFA Champions League quarter-finals after defeating Atletico Madrid 2-0 on Wednesday. So aligned a performance was it...
Read more

Petr Cech eventually returns to Chelsea. The London club has delegated him as a technical and performance advisor. The Premier League club made the...
Read more

Leading video entertainment, MultiChoice Nigeria is giving customers on its GOtv platform something to smile about this new year with the launch of GOtv ‘Top...
Read more
- Advertisement -