“Our second full financial year was again outstandingly successful. Having established brand awareness and secured brand trial in the back end of 2018 and in 2019, we set about converting client relationships at scale and now have five “Whoppers” secure or insight, in line with our ultimate 20 squared objectives, that is 20 clients each generating revenues of over $20 million per annum. 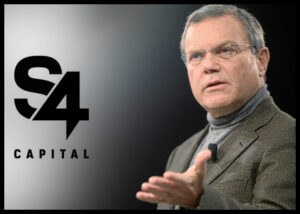 Pride of place for these achievements should go to our (now) over 4,400 people in 31 countries, who have responded unflinchingly to the colossal strain and challenge of the pandemic. Their creativity, adaptability, resilience and hard work have made this success possible and have started to prove the potency of our new age/new era, digital, data-driven, unitary model, which has started to gain significant traction.

The pandemic has, at the same time, accelerated the adoption of digital transformation amongst consumers, across all media and within enterprises and, in turn, stimulated the demand from clients for a digital marketing expertise.

We continued to grow our top line and bottom line at industry leading rates, despite covid-19 and exhibited agility in developing new content revenue streams quickly, such as robotic production, animation and on-line events and driving data & digital marketing net revenues, particularly in the fourth quarter and into this year.

We embraced the diversity, equity and inclusion and ESG opportunities and challenges with unique black-orientated fellowship and female executive leadership programmes, changed hiring practices and education programmes and made zero carbon commitments targeting 2024. We achieved double $ and £ Unicorn status in terms of stock market value, in only our second full year, while strengthening our balance sheet to take advantage of short-term opportunities.

2021 has started strongly, well in line with our latest three years plan to double organically in three years and we are focused on three objectives for the year – to bed down our two new “Whoppers” and develop and identify five more; to roll-out our unitary branding; and to continue to broaden and deepen our digital client offering by combination.

We believe 2021 and 2022 will be very strong years economically, as the world rebounds from the pandemic and spends and invests the huge pandemic-driven fiscal and monetary stimulus. Digital marketing expenditure is closely correlated, but not dependent on GDP growth, just as traditional media spending used to be in the last century.

”Appointment of Miles Young, a leading, industry-knowledgeable Non-Executive Director, to the Board.

Cash From Trash? Here’s How Coca-Cola Is Tackling Plastic Waste In Nigeria

Last year, it was revealed that The Coca-Cola Foundation committed thousands of dollars to innovative initiatives such as the...
Read more
News

Kitkat To Be Carbon Neutral By 2025, Boosting Sustainability Efforts

Investor pressure is likely to force WPP into selling Kantar, possibly along with other assets - which could open opportunities for Sir Martin Sorrell's...
Read more
- Advertisement -