First City Monument Bank (FCMB) has put out an alert on accounts held by people between the ages of 18-30, asking staff to be on the lookout for money launderers and other criminal activities.

An internal email cited by Brand Spur Nigeria titled “Compliance Advisory on Cryptocurrency Dealing/Transactions” is in furtherance of the Central Bank of Nigeria’s ban on the trading of cryptocurrency in the country. 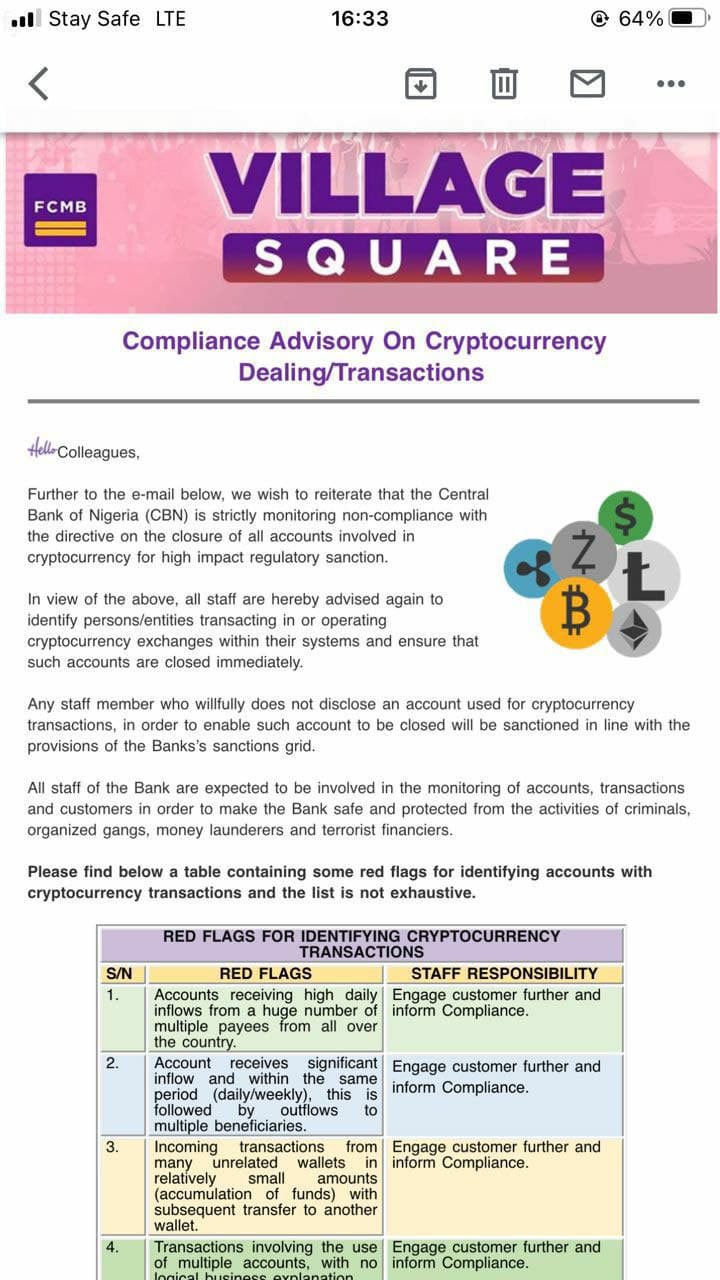 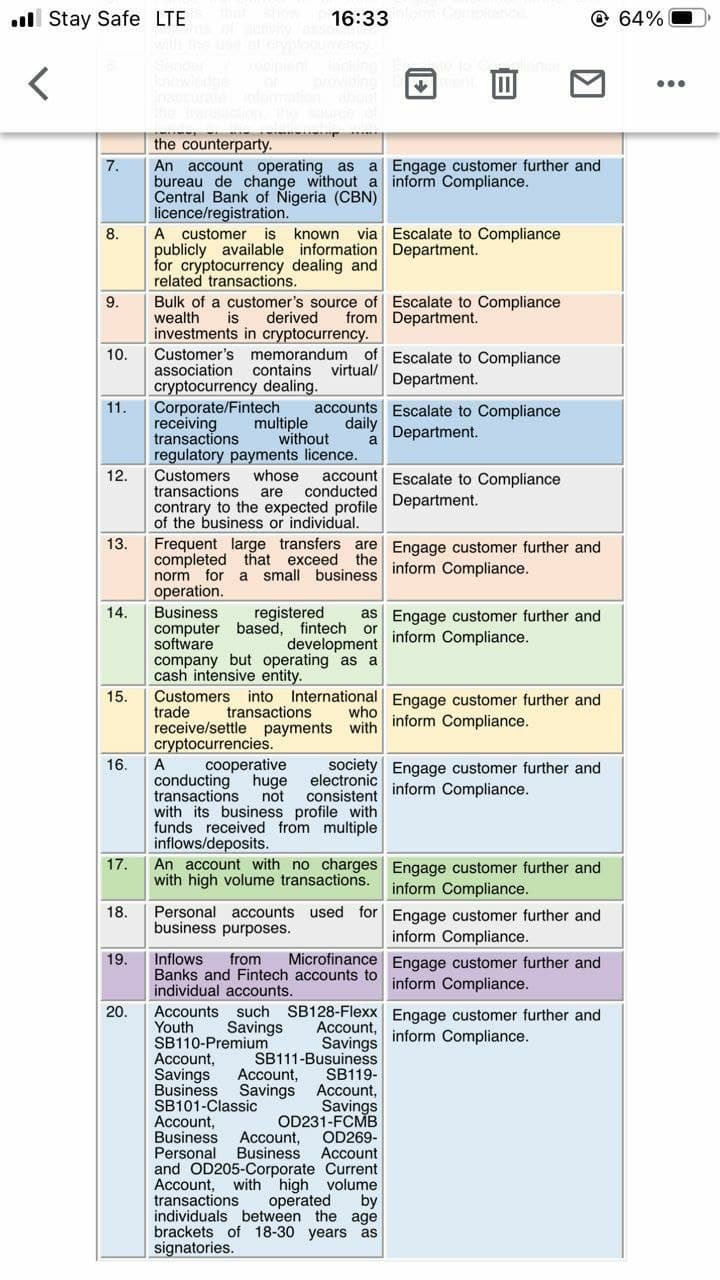 Accounts “with high volume transactions operated by individuals between the age brackets of 18-30 years as signatories,” should be flagged for possible fraudulent activities by staff members, the memo said.

The internal email urges staff to monitor the listed accounts for red flags “in order to make the Bank safe and protected from the activities of criminals, organized gangs, money launderers and terrorist financiers.”

This compliance advisory comes after the CBN ordered all Nigerian commercial banks to freeze the accounts of certain individuals for purportedly trading in cryptocurrency. The Gazette reported that two individuals, Nnamdi Francis Okereke and Nwaorgu Kingsley Chibuzor and a company TVS Hallmark Service Limited had been named in a Post-No-Debit directive issued by the banking industry regulator.

But the FCMB’s memo marked the latest escalation in the enforcement of the CBN’s directive. Section 42 of the Nigerian Constitution prohibits discrimination against citizens under whatever guise. FCMB did not return calls and e-mails seeking comments about the leaked memo to staff members.

It was unclear whether or not other banks have instituted similar controversial policies against young people, but a spokesman for the CBN Osita Nwanisobi said banks were not asked to enforce the ban on cryptocurrencies on the basis of age or other forms of discrimination.

Despite Nigerian youths growing interest in the cryptocurrency space, the CBN had in February ordered all financial institutions to close all accounts used in trading cryptocurrencies and other related transactions, citing security concerns.

Spotify To Attract Fans With Launch Of Netflix Hub

Brand Spur - November 28, 2021 0
Spotify Technology has introduced a new hub for fans where they can listen to all official soundtracks, playlist and podcast related to Netflix. The hub...

BUA Signs Deal With Wartsila OY On The Construction Of Dual...

WITTY To Become The Crypto Gateway For Africa

InfraCo To Commence Operations In 2 Months