iOS and Android push towards a Two-OS world

A lot of Nigerian movies have come out on Netflix recently. If you’ve been looking for what to watch...
Read more

The latest smartphone OS sales data from Kantar Worldpanel ComTech shows that iOS achieved continued growth across most regions tracked, except for Japan, Spain, and Urban China. Android also continued to post market share increases in all regions but the US, as no other ecosystem is challenging the two giants – iOS and Android. Gone are the days when a BlackBerry OS, Symbian, or Windows Mobile could make a significant impact. It is clear that there will only be two smartphone ecosystems moving forward – iOS and Android. To succeed, phone manufacturers will have to play by those rule-books. 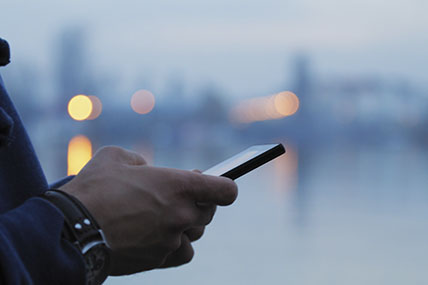 “February’s Mobile World Congress 2017 demonstrated the true state of the market, with re-emerging brand names Nokia and Blackberry capturing a lot of attention, but now operating on Android rather than on their own legacy operating systems,” said Lauren Guenveur, Global Consumer Insight Director for Kantar Worldpanel ComTech. “We witnessed something of a throwback to times past with the new Nokia 3310 feature phone, an updated version of the iconic Nokia look, plus several new Nokia Android smartphones being marketed by HMD, now the exclusive licensee of the Nokia brand. BlackBerry’s new manufacturing partner TCL Communication announced the Android-based BlackBerry KEYone, which includes a classic Blackberry-style physical keyboard.”

In EU5, Android accounted for 74.3% of smartphone sales in the latest period, a marginal increase from 72.9% in the three months ending January 2016. iOS held a 22.7% share, with iPhone 7 remaining the top-selling device in Great Britain, France, and Germany.

Two all new Android smartphones – the Nokia 3 and 5, plus the expanded global release of the Nokia 6 – could do well in Western Europe since loyalty to the Nokia brand name there is historically high. At the beginning of 2016, Nokia accounted for 6% of smartphones sold across the EU5, making it the fourth largest brand at the time.

“HMD Global’s focus on revitalizing the Nokia name seems concentrated on quality for cost. Its three new Android phones are priced at €229 or less, with Android Nougat, Google Assistant, aluminium construction, and otherwise solid mid-range specs,” reported Dominic Sunnebo, Business Unit Director for Kantar Worldpanel ComTech Europe. “While these models are not expected to rival Apple iPhone 7 or the upcoming Samsung Galaxy S8, they do compete with other mid-range devices like the Huawei P8 and P9 Lite. Both of those Huawei models are strong sellers in price-conscious markets like Italy and Spain. This situation may present a new challenge for Huawei, as it pushes further into the premium end of the market with the debut of the P10.”

In Urban China, in the three months ending January 2017, Android accounted for 83.2% of smartphones sold, an increase of 9.3 percentage points versus the same period a year ago. Huawei continues to account for over a quarter of smartphone sales in the region, at 26.6% for the three months ending January 2017. Apple, whose iPhone 7 remains the top-selling smartphone in Urban China, and Xiaomi are the second and third largest manufacturers in Asia, with 16.6% and 14.5% shares, respectively. However, they continue to experience year-on-year declines as they face increased competition from Oppo and Vivo.

“Xiaomi skipped MWC this year since they had no new devices to launch,” said Tamsin Timpson, strategic insight director at Kantar Worldpanel ComTech Asia. “Just as they did last year, Oppo made their presence felt at the show by debuting new hardware in the form of their 5x Dual Camera Zoom system rather than introducing a new device. Oppo, which sponsors Futbol Club Barcelona, have their sights set on growth beyond China.”

“It is difficult to see the impact of all the devices launched at MWC 2017 from the perspective of a US consumer since many of them are not initially planned for sale in the US,” Guenveur added. “Seventy percent of the US domestic market is dominated by Apple and Samsung, and the third largest manufacturer, LG, accounted for an additional 11.1% of sales in the three months ending January 2017.”

“LG’s latest flagship, the G6, launched at MWC, abandons the modular design of last year’s G5 and has some of the premium features of the V20. While the V20 is LG’s best selling device in the US during the latest period, LG’s real strength in the US has always been in the low to mid-range, prepaid market. While the G6 will be welcomed in the US, it is unlikely to have a significant impact on LG’s market share,” Guenveur said.

Worldwide smartphone sales suffered a hit during the second quarter of 2020, dropping by 20.4%. In total, 294.7 million units were sold during the...
Read more

Huawei Releases Banking Resilience Index for 2020 and Beyond