Will TSTV trigger competition in pay-per-view? 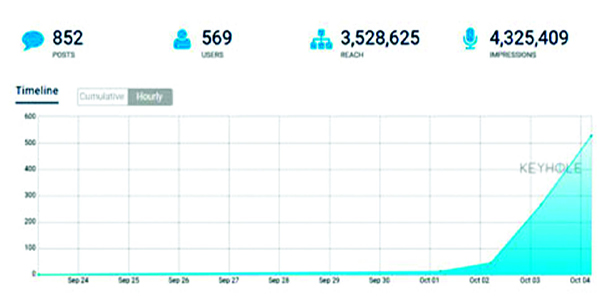 On October 1, a new pay-per-view Tv, TSTV, made its debut in Abuja. Experts say the new entrant into the industry may boost offerings in the industry. OLUFEMI BABALOGBON writes.

It took Nigerians 57 years to have Independence,” proclaims a poster on the Instagram page of TSTv, the new entrant in the Pay Tv Market.

On October 1, Nigerians, particularly on social media, celebrated the launch of the first pay-per-view multichannel Tv platform in Nigeria, TSTv.

TSTV did not only attempt to disrupt the market in the country but all over Africa, as its subscription is pay per view.

Though Multichoice, the owner of DSTV and GOTV platforms,  said it would not operate pay-per-view, it had changed its marketing strategy, apparently in response to a threat by TSTV.

As TSTV was launching, Multichoice was unveiling its #GOTVMax, a bouquet with channels, such as Select Sports 4, CBS Reality, and Fox.

However, public perception seems to be swaying in favour of TSTV.

The screens evaluate the product based on self-interests and intrinsic needs. This is where TSTV got it right by bundling internet data with Pay TV offerings. Nigerians need two things to survive: cheap/free internet and electricity.TSTV is giving internet data as cheap as N300 for 1GB and 10GB internet free monthly subscription!

However, the recent recession (2015-2017) has taught Nigerians that the best way to alleviate Forex pressure is to patronise“made-in-Nigeria” products. Also, a series of xenophobic attacks on Nigerians in South Africa has impaired the public relations of South African business, such as Shoprite, MTN, and DSTV. Thus, Nigerians are happy to have an indigenous brand playing in the sector.

The TSTV movement is the ordinary Nigerians giving support to the brand and often de-marketing other Pay TV platforms.

Bahdmus Hakeem, social media influencer and founder of @TheInfoNG,  tweeted: “The least we can do is to support TSTV. We cannot, I repeat, we cannot allow it to die like HiTV”.

Also, the government is supporting TSTV, by giving the company a three-year tax holiday. This, the Minister of Information, Alhaji Lai Mohammed explained, was geared towards growing the creative industry.

With all these support coming from Nigerians and the government, experts said TSTV is starting on a good footing.

Sony Pictures Television (“SPT”) has announced the launch of ‘Sony One’ — an app platform developed in association with MTN, the leading ICT company...
Read more

MTN Nigeria is now exploring other electronic payment platforms for its customers to recharge their phones. The mobile network operator announced that customers can now...
Read more

The president of the Nigeria Football Federation (NFF) Amaju Pinnick paid a courtesy visit to the corporate head office of MTN Nigeria in appreciation...
Read more

This weekend, we get to see the Judges on the Nigerian Idol in action. If you’ve been on social media these past two weeks,...
Read more
- Advertisement -