For many Nigerians, high-quality higher education is a luxury. There are many private universities who are known not only...
Read more
2

Loyal users of the Bounce News App stand a chance to win a mouth-watering shopping trip to Dubai or an all-expense paid trip to watch a live Premiership match in an on-going consumer promo which started in January and runs until the end of March.

According to the General Manager, Goodluck Ikporo of Bounce News, users who access the Bounce News app frequently will stand a chance to win weekly prizes which include 750MB data bundles, concert tickets, and smartphones. The weekly winners will be picked by random draw every Friday and their names published weekly on Mondays, exclusively on the Bounce News. 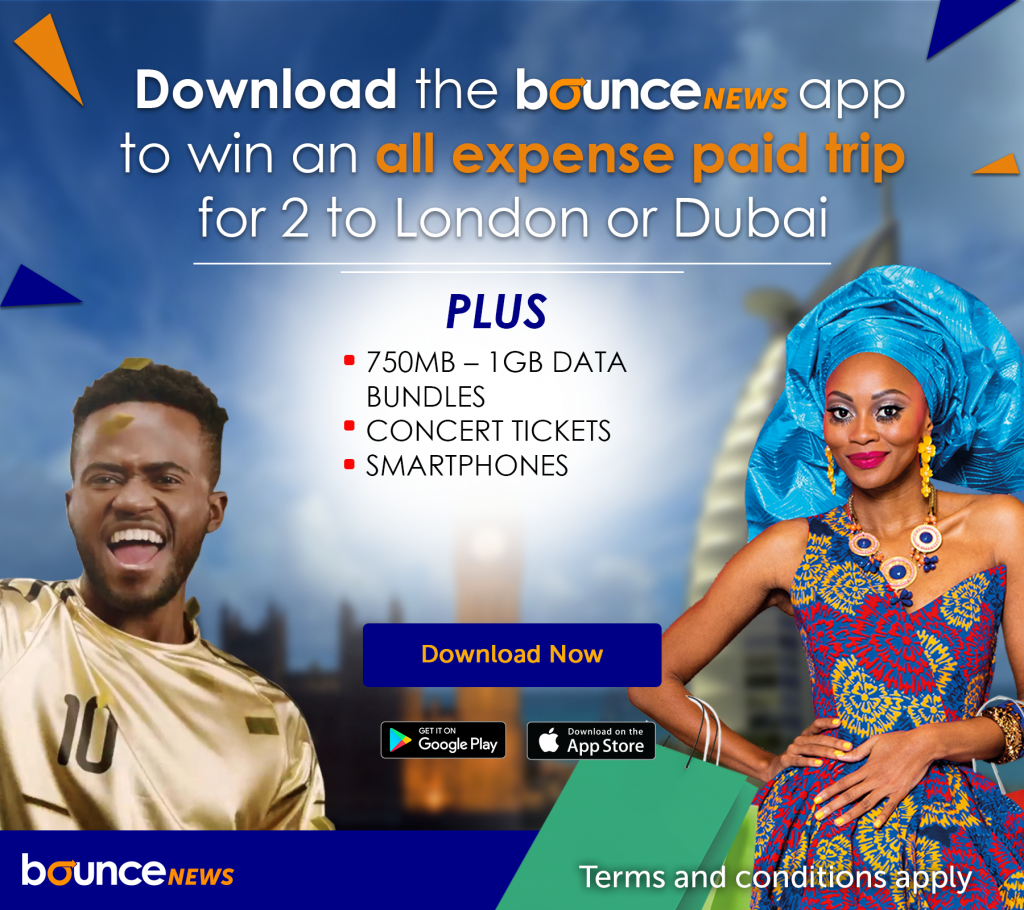 Ikporo noted that the goal of the campaign was to celebrate loyal users of the news platform and also reward them for their support since the platform was launched less than a year ago. He added that the platform has achieved a lot since its launch last year because it delivers relevant stories tailored to empower its consumers.

Read:  Battery storage: The next disruptive technology in the power sector

The campaign which is one of the biggest by any online news platform in Nigeria is open to new and existing users of the app. It is also exclusively targeted at Nigerian consumers who are 18 years and above.

In order to qualify, consumers must download and install the Bounce News app and use it frequently. Also, existing users are required to fill an entry form inside the app in order to participate in the competition. “Consumers need to complete the above step and in addition, use the Bounce News app on their mobile phone more than once a week to qualify for a weekly prize,” the GM said, adding that weekly prize winners stay eligible for the grand prize at the end of the campaign.

Read:  Why The Sukuk Market Is Soaring

The Bounce app is available on both Android and iOS. To download, simply visit:http://bit.ly/2C43t7L

Konga Travel and Tours, which was recently named Most Innovative Agency by the global airline, Virgin Atlantic, has disclosed...
Read more
Entertainment & Lifestyle

Expect more twists and turns this weekend in both the title race and battle at the bottom as the 2019/20 LaLiga campaign continues to...
Read more
Business & Economy
Read:  Winners Emerge In Bounce News Loyalty Promo Draws

Nigeria’s Excess Crude Account (ECA) balance fell to US$72mn on 19 February 2020, down from US$325mn on 16 January 2020, according to the disclosure...
Read more
Entertainment & Lifestyle

Nollywood's talk of the town romantic comedy, Dear Affy which debuted at the cinemas on Valentine's Day wasted no time in taking the number...
Read more
Brand News

International law firm Hogan Lovells is pleased to announce that it has once again improved its showing in the Chambers Global rankings. These rankings...
Read more

Konga Travel and Tours, which was recently named Most Innovative Agency by the global airline, Virgin Atlantic, has disclosed the identity of the third...
Read more

Expect more twists and turns this weekend in both the title race and battle at the bottom as the 2019/20 LaLiga campaign continues to...
Read more

Nollywood's talk of the town romantic comedy, Dear Affy which debuted at the cinemas on Valentine's Day wasted no time in taking the number...
Read more