BURGER KING IN GHANA: CAN BURGER KING CRACK THE BURGER MARKET IN GHANA?

International burger franchise Burger King will soon open its first outlet in Ghana, in the Accra Mall. The new restaurant will be just the second West African market for the franchise.

Burger King will shortly open its first store in Ghana, in the Accra Mall on Accra’s Spintex Rd, where there is already a Pizza Hut franchise. The new outlet marks the franchise’s second West African market, having opened in Côte d’Ivoire in 2015. There are also stores in Egypt (since 2007), Morocco (since 2011), Kenya (since 2016) and South Africa (since 2013). 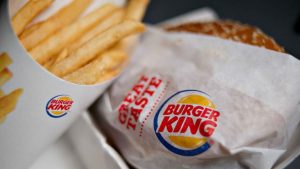 For some years, Burger King has outlined ambitious plans to open stores across sub-Saharan Africa. The company opened its first store in South Africa in 2013, choosing Cape Town as its first location.

It currently has 69 outlets in South Africa. The franchisee, Johannesburg-based leisure company Grand Parade Investments (GPI), also gained the rights to open outlets in Zambia, Botswana, Zimbabwe, Mozambique, Namibia, and Mauritius. So far GPI has only opened a store in South Africa. 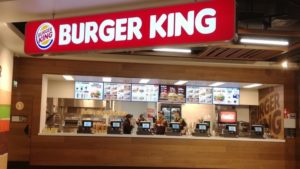 In East and West Africa, Burger King has partnered with Servair, the French subsidiary of Swiss catering company gategroup. The company primarily services the airline industry with catering and cleaning services.

The burger market in Africa generally, and particularly in West Africa, remains challenging for both Burger King and McDonald’s. McDonald’s also has very limited presence in Africa – it has established itself in Egypt, South Africa, Mauritius, and Morocco. It is due to open its first outlet in Kenya in early 2018.

A major factor is power outages. When we sat down and talked to the owner of a fast-casual dining chain in Lagos he identified the purchase, installation and running costs of a commercial generator as the single largest impact on profit.

A second deterrent is a risk in various forms. This includes political risk, but also general business risk gave the need to form partnerships to run the fast-food franchises.

A third factor is an affordability and inflation. Reportedly, McDonald’s rejected Ghana in 2011 on the basis that consumers have too low disposable income, and therefore not enough of a base of regular customers.

However, despite those risks and issues, chicken franchises have been undeterred. KFC, for example, is present in 18 countries in Africa and has more than 850 stores in South Africa alone. Nando’s and Barcelos have also expanded out of South Africa and into multiple countries.

In some countries, there is also local chicken fast-food chains such as Tastee (Nigeria) or Chicken Republic (Ghana and Nigeria).

The question for Burger King in Ghana is whether, and how quickly, it can achieve scale. In Côte d’Ivoire, the franchise has 7 outlets. In Egypt, it has 20. In Kenya, it has three. There is a major challenge to price burgers attractively to young Ghanaian consumers and build a new franchise.

A marketing and brand strategist, Ibukun Aiyemo, has joined the services of Allied Food & Confectionary Services Limited, a franchisee of Burger King in...
Read more

International burger franchise, Burger King has announced interest and plans to open outlets in Nigeria. This was revealed by Antoine Zammarieh, the Franchisee of...
Read more

As people are firing up barbecues across Europe, Nestlé has improved its Garden Gourmet plant-based burger to give it an even meatier taste and texture. It is...
Read more
- Advertisement -