In total, the new category will host films which won 12 Oscars and 12 BAFTAs this year…

To celebrate the 90th Academy Awards ceremony (the Oscars) yesterday, and the British Academy Film Awards (the BAFTAs) last month, British Airways has added a collection of award-winning films to a newly-created category in its in-flight entertainment.

The category, called Award-Worthy, features films which won 12 Oscars and 12 BAFTAs in this year’s awards season, as well as receiving 87 nominations across the two ceremonies. 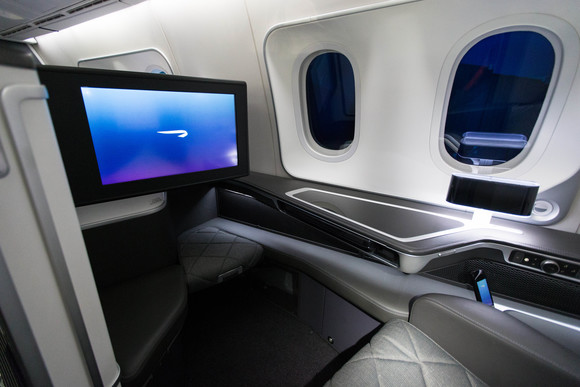 Films in the category include The Shape of Water, which led the Oscar nominations with 13 and scooped up four awards including ‘Best Picture’ at the ceremony last night. This builds on the 12 nominations received at the BAFTAs, and the subsequent three awards it won.

The star performer at the BAFTAs, Three Billboards Outside Ebbing, Missouri, is also in the category, having received nine nominations with five awards last month.

Beyond this, the category hosts Call Me by Your Name, which won the ‘Adapted Screenplay’ BAFTA, and was nominated for four Academy Awards, and Roman J Israel, Esq. – which received one nomination.

Carolina Martinoli, British Airways’ director of brand and customer experience, said: “For many of our long-haul customers, being able to watch some of the latest film releases is one of the parts of the flight they most look forward to. That’s why we do everything we can to make sure our in-flight entertainment systems are loaded with up-to-date, award-winning content, guaranteed to keep customers entertained.”

A number of film classics which performed successfully in previous award seasons will also be added to the channel. These films span a broad range of genres, from Silver Linings Playbook to the sinister Silence of the Lambs.

Customers who fly with British Airways on long-haul flights have free access to over 1,000 hours of films, top TV shows and audio programmes via their personal seatback screen. The content is updated regularly, with categories often added for major holidays or key calendar events.

These changes to British Airways’ in-flight entertainment system are just one of a number of ways that the airline is improving experiences for its long-haul customers. Last month it was announced World Traveller customers will receive a renewed food offering on board including, on longer flights, a full second meal, while in Club World new dining and White Company bedding is being rolled out across the network. These changes come as part of the airline’s £4.5 billion investment for customers over the next five years.

The full list of films on the category is below:

Konga Nigeria’s foremost composite e-commerce giant has been rewarded with the highly coveted Company of the Year award in the just-concluded People of the...
Read more
Hospitality & Tourism

Rebound in Global Travel Will Be Gradual Despite Probable Vaccines, says Fitch Ratings

Global demand for travel and tourism will take several years to recover to pre-pandemic levels, despite growing evidence that effective coronavirus vaccines may be...
Read more
- Advertisement -

War of the Worlds to premiere this October on Fox

The much-debated two-part documentary Leaving Neverland is a global hot topic at the moment, and DStv customers across Africa don’t have to wait long to see why this...
Read more
- Advertisement -