Despite fears of a trade war sending global oil demand crashing, oil prices are set to see their largest weekly gain since July, with Brent breaking $72 on growing geopolitical tensions in the Middle East.

Important Note for Energy Investors: A revolutionary shift is about to occur, and there’s one small, the publicly traded company—trading for $15—at the center of it all. Those closest to this development are buying all the stock they can. You want to be a shareholder, however small a position. This could be your trade of the year. 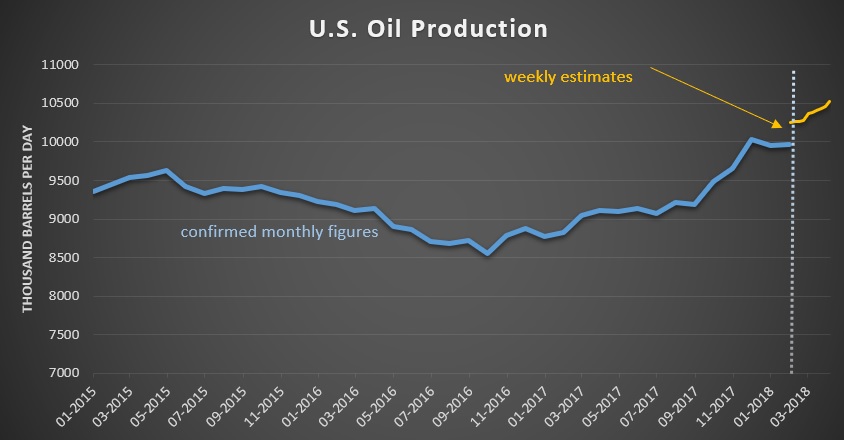 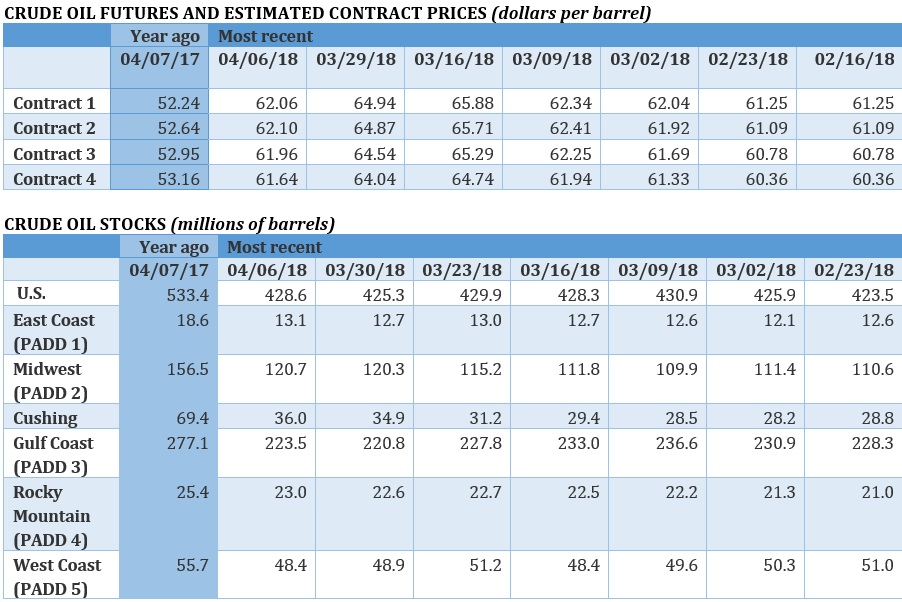 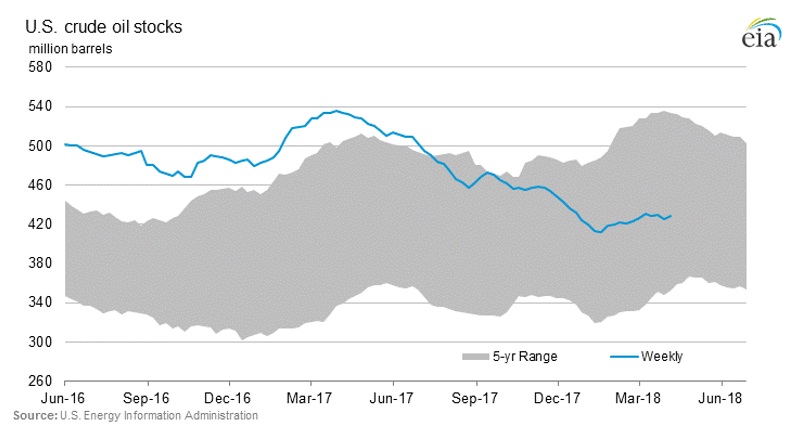 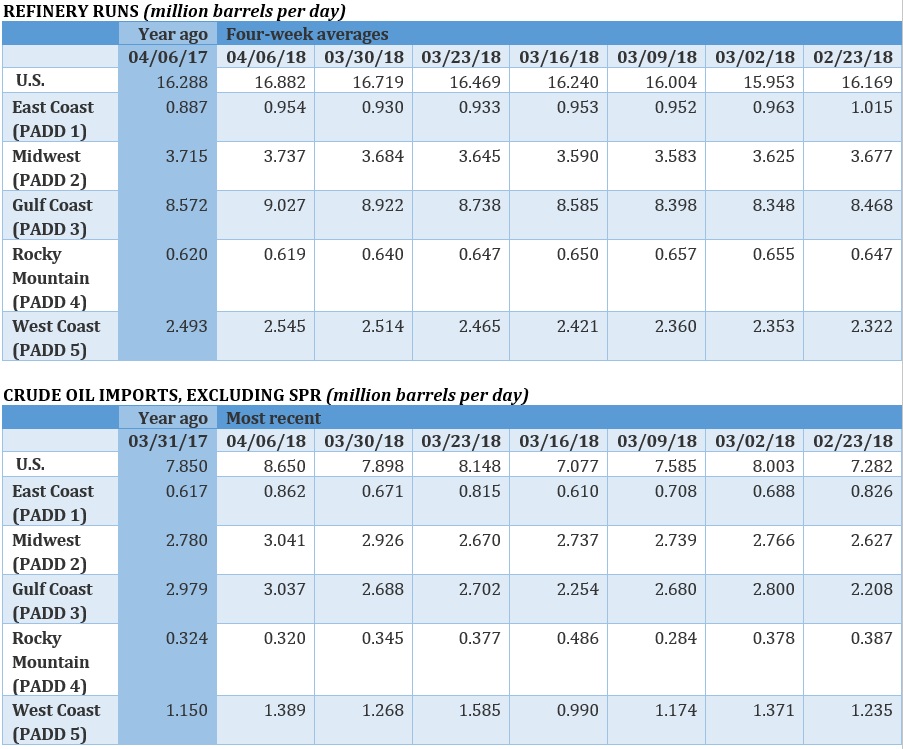 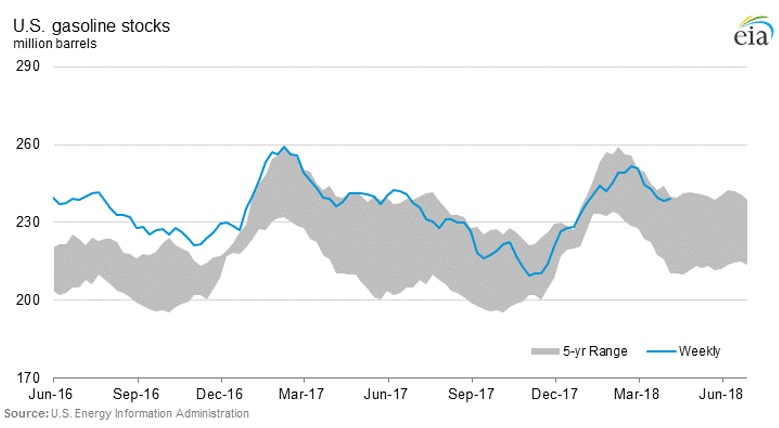 Oil prices added to their gains on Friday, with Brent holding at multi-year highs. The possible trade war poses a threat to demand, but for now, the market is focused on geopolitical dangers in the Middle East. Oil prices are set to post their strongest weekly gain since July.

IEA: Trade war could hit oil demand. The IEA said in a new report that the U.S.-China trade war could result in lower oil demand. The agency kept its forecast of oil demand growth at 1.5 million barrels per day (mb/d) but noted that the trade war represented a serious “downward risk” to that projection. The IEA said a 1 percent decline in global GDP growth would translate into lower oil demand growth by 690,000 bpd. Meanwhile, the IEA said that OPEC has largely accomplished its goal of draining global inventories back to the five-year average.

OPEC supply falls by 200,000 bpd. OPEC production fell by 200,000 bpd in March, on the back of declining output in Venezuela, Libya, Iraq, Angola and Saudi Arabia. The group’s production levels are now at a one-year low at 31.958 mb/d.

OPEC won’t let glut return. Saudi Arabia’s energy minister said that OPEC would not sit by and allow an oil supply glut to return, although the cartel would also not let oil prices jump to “unreasonable levels.” Khalid al-Falih said he was content with the current state of the oil market, according to Reuters. “I think a lot of the glut has been cleared,” said Falih. When asked if $80 per barrel was an appropriate price for oil, al-Falih said “There is no such thing as a target price by Saudi Arabia,” before adding that upstream investment is falling short of what might be needed in the future. “We’re seeing many regions declining. The only way to offset this is for the financial markets to start financing and funding upstream projects. I don’t know what is the price that will provide that equilibrium. All we know is in 2018 we’re still not seeing that.”

Aramco agrees to build $44 billion refinery project with Indian consortium. Saudi Aramco and a consortium of Indian refiners agreed to build a $44 billion refinery and petrochemical project on India’s West Coast, according to Reuters. The project would consist of a 1.2-million-barrels-per-day refinery integrated with petrochemical facilities. For Aramco, the deal offers downstream assets abroad while also locking in sales for its crude oil. Meanwhile, India’s fast-growing economy is hungry for petroleum products.

Devon Energy to lay off 9 percent of the workforce. Oklahoma-based Devon Energy (NYSE: DVN) announced on Tuesday that it would lay off 300 workers, or about 9 percent of its employees. The move comes as shareholders are pressing shale companies to focus on profits. The company’s share price rose 7 percent on the news.

Trump hopes to make it up to U.S. farmers. Sensing a crack in biofuels requirements, ExxonMobil (NYSE: XOM) and Chevron (NYSE: CVX) has reportedly requested waivers from the mandate. The waivers have typically only been granted to smaller refiners, but because the Trump administration has cracked open the door to more exemptions, the oil majors want in on the action. But, with farmers taking a hit, President Trump voiced support for allowing the sale of gasoline containing 15 percent ethanol year-round, allowing sales in summer that are currently banned. The move would be “very exciting news” for the ethanol industry, according to the Iowa Renewable Fuels Association.

Record U.S. oil production with fewer rigs. U.S. oil production continues to break records. Output jumped above 10.5 mb/d last week. Yet all the output gains are occurring with just a fraction of the rigs from years ago. For instance, Texas is producing much more oil than it was in 2014, with 25 percent fewer rigs.

U.S. to escalate trade conflict with China. The White House is reportedly preparing new tariffs on China as it tries to step up the pressure on Beijing. The U.S. will also draw up prohibitions on Chinese investment in advanced U.S. technology, “whether by acquisition, joint ventures, licensing or any other arrangement,” the Wall Street Journal reported.

ExxonMobil resumes production at PNG LNG. ExxonMobil’s (NYSE: XOM)sidelined Papua New Guinea LNG export terminal has resumed production and export after it was shut down following an earthquake in February.