Everyone knows that noise from the crowd is as much a part of FIFA World Cup mania as the goals and the geopolitics. Budweiser plans to tap into the sound scene of the FIFA World Cup with noise-activated cups and a two-hour delivery service.

As a FIFA World Cup sponsor and the official beer of the 2018 FIFA World Cup Russia, Budweiser is promoting Red Light Cups—which the brewer claims are the first-ever noise-activated cups—will light up as the cheering, clapping, excitement and cries of “Gooooooal!” get louder during games. The special cups are available with Budweiser packs at retailers including Asda grocery stores in the UK and via on-pack competitions, all part of the brand’s “Light Up the FIFA World Cup” global campaign.

In fact, more than eight million of the cups will light up in more than 50 countries throughout the tournament. For fans in Russia, every beer purchased at official 2018 FIFA World Cup stadiums will be served in a Red Light Cup, and for fans around the world, the Red Light Cups will be featured at each of Budweiser’s global viewing parties and events and available with the purchase of special Budweiser packs. There will be more than 70 variations of the cup, including cups for every match throughout the tournament and in a variety of languages. 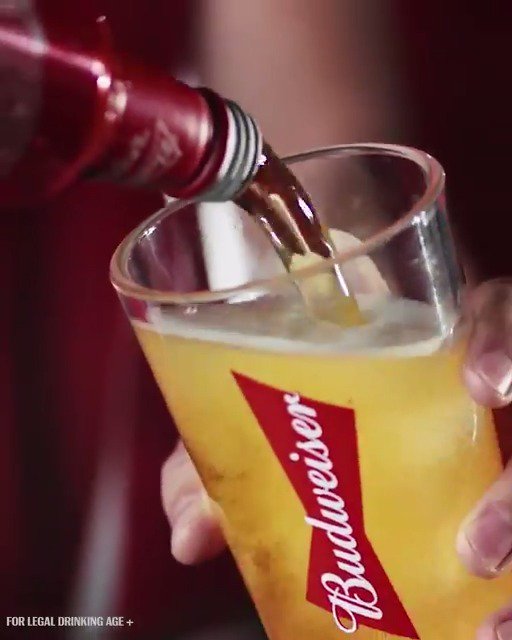 The beer giant also teamed with Amazon Prime Now to work with retailers during FIFA World Cup to offer a two-hour delivery service for consumers, allowing Budweiser to tap into the estimated 44 million people watching the tournament in the UK, with up to 90 per cent of fans watching games at home.
Read Also:  Equity Market begins the week in the green!

Bud’s also promoting a nifty video depicting thousands of drones delivering red bottles of its “Official Sponsor” beer for FIFA to fans around the world, in bars, at roof-top parties and, of course, in stadia.

Budweiser has a strong commitment to football globally, having served as official beer sponsor of the FIFA World Cup for over 25 years, and with an ongoing commitment through the 2018 and 2022 tournaments.

While Budweiser will serve as the official beer of the 2018 FIFA World Cup Russia, Anheuser-Busch InBev will leverage its high-quality portfolio of beers around the world by once again extending local sponsorship rights to its leading brands in select football markets, including, but not limited to, Brahma (Brazil), Harbin (China), Corona (Mexico), Jupiler (Belgium and The Netherlands), Klinskoe (Russia), Hasseröder (Germany) and Beck’s (Italy), among others.

Brand Spur - May 21, 2022 0
The African Development Bank Group's  Board of Directors on Friday approved a $1.5 billion facility to help African countries avert a looming food crisis. With...