Africa’s leading technology entrepreneur, Leo Stan Ekeh has charged the Federal Government to leverage technology in reducing to the barest minimum the growing incidences of corporate debts and usher in an era of unprecedented boom and sanity in the Nigerian economy.

He made this assertion while delivering the Guest Lecture at the maiden edition of the 2018 Nigerian Online Merit Awards (NiOMA) held on Friday, July 13th at Sheraton Hotel, Ikeja. 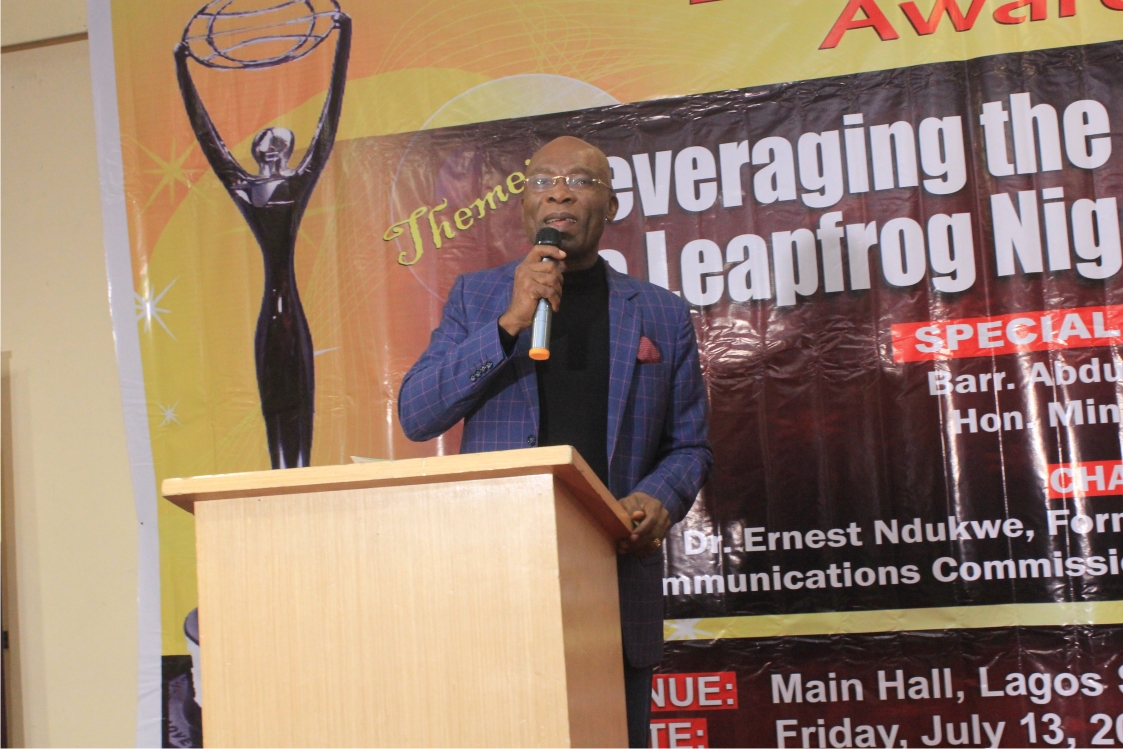 Ekeh, Chairman of the Zinox Group, who disclosed that technology will resolve much of the contemporary problems facing the Nigerian state if holistically applied, noted that the country will benefit immensely if the government turns to technology in its search for lasting solutions to the challenges confronting the economy.

According to Ekeh, the recent revelation by the Asset Management Corporation of Nigeria (AMCON) that, about 350 Nigerians account for 80 per cent of its N5.4 trillion debt portfolio and the refusal of majority of these debtors to liquidate their indebtedness is an issue that can be easily resolved through the application of technology if there exists accurate data of how these debts arose.

In his opinion, it could also be that the government at different levels are partially responsible for some of these debts, especially if they were unable to meet their obligations to some of these corporates. Ekeh acknowledged that the present debt profile should be a case study for upcoming entrepreneurs or part of the issues to be dissected by data analysts on why some of these businesses failed, noting that this may also reveal a lot of insider compromises on the part of the lenders so that sincere lessons could be learnt and better structure and systems put in place to avert a recurrence.

“Working in concert with the Nigeria Inter-Bank Settlement System (NIBSS), the Central Bank of Nigeria (CBN), Attorney General of the Federation and the Economic and Financial Crimes Commission (EFCC) for enforcement purposes, AMCON can leverage a simple technology application that makes it easy to access the bank balances of debtors across all the various banks in Nigeria. This will be a mandatory requirement for the extension of loans and credit facilities and will foster more responsible borrowing as the lenders can easily debit the accounts of borrowers upon due date to recover sums extended.

“This will not only reduce the growing profile and negative trend of corporate debts, with its attendant detrimental effect on the economy but will also expose many Nigerians who are publicly hailed as billionaires but who are only living large off depositors’ money, while frustrating further lending to startups,” he stated.

Disclosing the many ways he has relied on technology to ramp up efficiency in his various businesses and simplify complex processes, Ekeh revealed that by next week, he would be trying out a new Enterprise application that will simplify transaction with bankers, irrespective of the numbers.

“This application will give us control over all of our bank accounts instead of relying on bank staff to implement our instruction at their convenience.”

He also disclosed that the new warehouses widely reported as recently acquired by e-commerce giant Konga were equipped with digital cameras with data analytics and artificial intelligence capabilities which can easily detect fraud and random inconsistencies such as a change in the appearance of an individual or item captured on entry into the facilities. Most importantly, these cameras are cloud-based.

Urging the government to commit more resources to technology in resolving the unemployment challenges and drive the nation towards rapid development, Ekeh cited the influence of technology in the political space which has reduced post-election litigations from 87% to about 33%, noting that this will further reduce to 11% or thereabouts with the adoption of electronic voting, if funded by the government.

“Technology does not lie; it is either you are right or wrong. With technology, you can do unimaginable things. You don’t even need to go through the four walls of a University to acquire the quality education,” Ekeh enthused.

The Zinox Chairman who spoke on the theme – Leveraging the Internet Revolution to leapfrog Nigeria’s development – affirmed that Information Technology will disrupt the Nigerian economy positively by the year 2023, creating immense opportunities and new wealth for many Nigerians. Noting that this will happen irrespective of the status of leadership at the helm of affairs in the country, Ekeh urged attendees at the event to prepare for the coming disruption.

While appreciating the organizers and Publisher of News Express, Mr. Isaac Umunna, Ekeh who received the ICT Icon of the Year award at the event also seized the opportunity to recognize the media for the long years of support in spreading the ICT gospel, even as he declared his intention to stand down from participation at many of such future events in order to allow the younger generation and his son, Prince Nnamdi Ekeh, founder of Yudala to take the stage as he believes they have better global education and exposure to lead the nation to the digital promised land.