Video Games made-in-Africa reach the Global Scene during Devcom Thanks to Paradise Game, ahead of Gamescom 2018

For the 10th anniversary of Gamescom, during the largest European game convention, several African game developers will participate in Devcom, the interdependent game developer conference that will be held from August 19th to August 20th 2018 in Cologne, Germany.

Five independent studios coming from different countries and with a different background will make the trip to Cologne. There will be MASSEKA GAME STUDIO that represents the Central African Republic, STUDIO LOMAY from Madagascar, MOG MEDIA DESIGN studio from Niger, WEZA INTERACTIVEstudio from Kenya, and FRONTFIRE studio from Algeria. 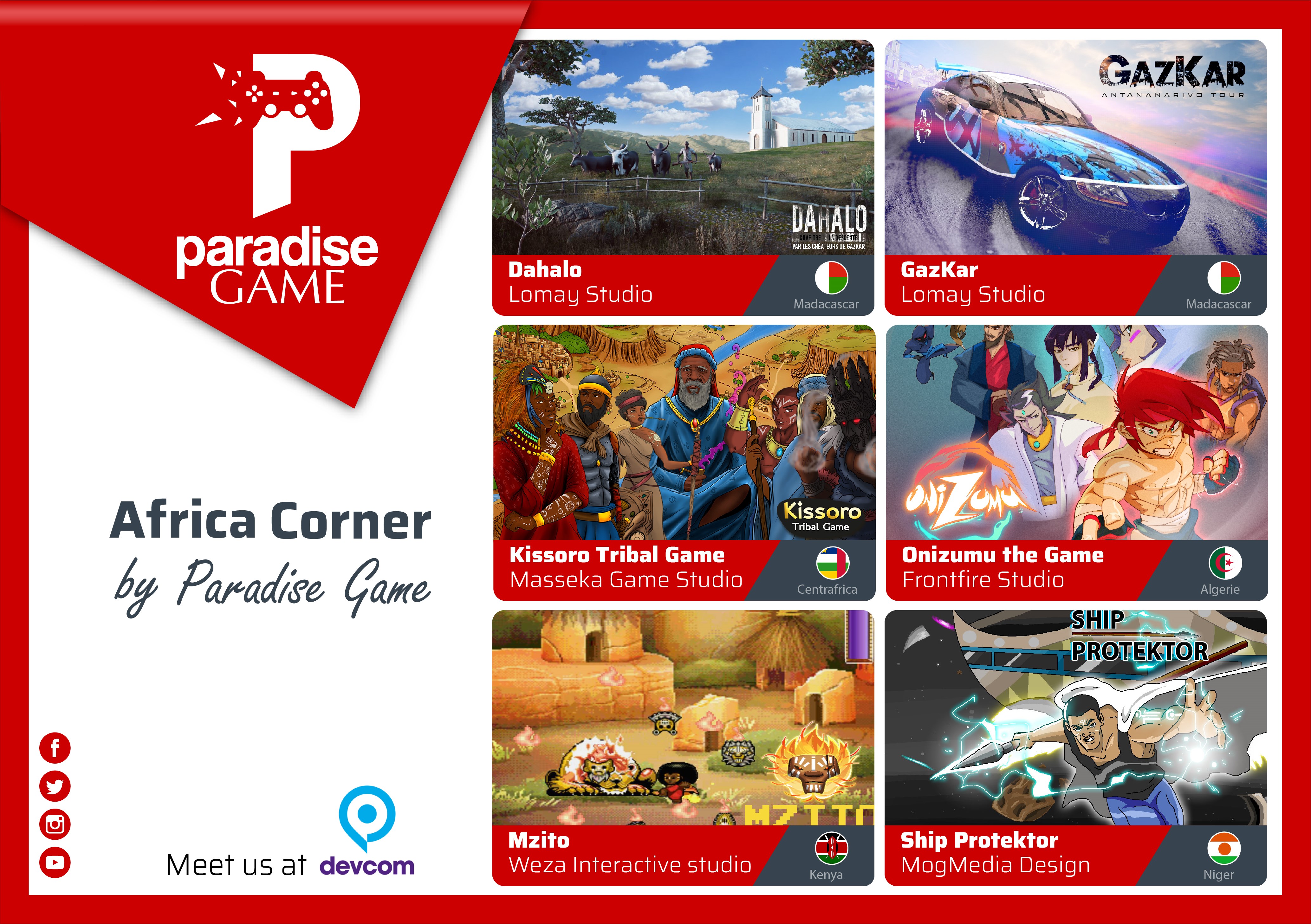 Hosted at Koelnmesse International Fair and Exhibition Center (ail Est), the African game developers will be in a section named “Africa Corner by Paradise Game”. This area will be dedicated to video games made in Africa and will offer these developers the opportunity to show their games to industry professionals, as well as to showcase the African culture through their games.

Sidick Bakayoko, Founder and CEO of Paradise Game, said: “Our dream is to have video games as one of the main drivers of the African economy, and as a way to employ millions of people throughout the continent. In order to get there, we need a strong ecosystem with game developers from Africa who export their games in the world and gain publicity internationally”.

The video game industry generates close to 100 billion dollars worldwide and 27% of these revenues come from mobile games. Africa represents huge potential with 500 Millions Africans who own a mobile phone.

The Video Game industry offers business opportunities to game developers and creates jobs for the African youth. The video game is also a tool that can be used to promote the African culture. Paradise Game has taken up this mission to create a Made in Africa label that offers visibility and exposure.

MTN Ghana (Scancom PLC or MTNGH or the Company) delivered a strong performance for the year in a competitive...
Read more
Energy & Power

EQUITY MARKET The Nigerian equity market this week went on a losing streak as investors continued to restructure their portfolio to safe-haven over the possible...
Read more
Brand News

GTBank Will Win The War Within The Digital Payment Space – Agbaje

MTN Ghana (Scancom PLC or MTNGH or the Company) delivered a strong performance for the year in a competitive industry, maintaining market leadership with...
Read more

EQUITY MARKET The Nigerian equity market this week went on a losing streak as investors continued to restructure their portfolio to safe-haven over the possible...
Read more