The Lagos State Government has given monetary grants and empowerment tools worth 25million Naira to aged and disabled ex-servicemen, orphans and widows across all local governments and council development areas to uplift their living standards.

Speaking at the Empowerment/Presentation of the welfare materials to the Nigerian Legion, Lagos State Council, the Commissioner for Home Affairs, Dr. AbdulHakeem AbdulLateef, represented by the Permanent Secretary in the Ministry, Mrs. Toyin Awoseyi said that the gesture is a way of showing appreciation to families of the fallen heroes, as well as the disabled and aged ex-servicemen, who have all contributed immensely to the sovereignty of Nigeria. 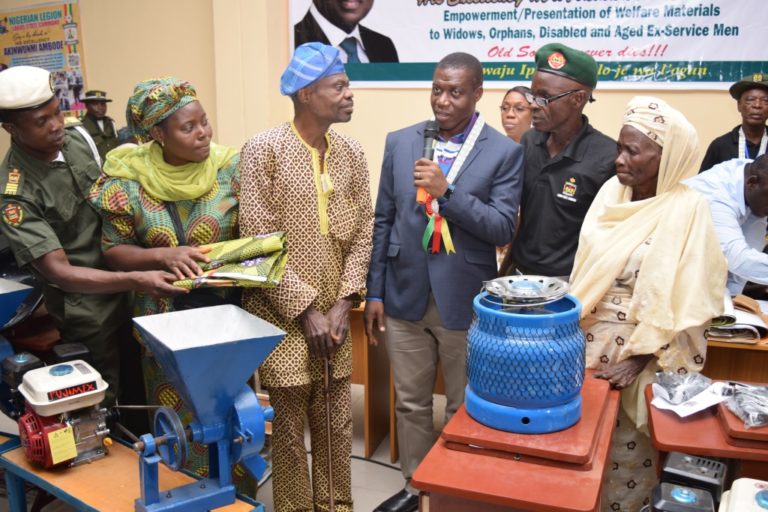 According to Abdul-Lateef, the State government remains committed to alleviating poverty among ex-Servicemen as well as their families and will continue to empower them towards self-reliance.

He implored members of the Lagos State Council of the Nigerian Legion to continue being worthy ambassadors of the State and urged residents to join hands with the government in improving the welfare of the beneficiaries.

“With this gesture from the State Government, the State legionnaires have now become the cynosure of all eyes especially their colleagues in other States, hence the need for them to live above board. They have become an example for others. I advise them to keep the flag flying” the Commissioner added. 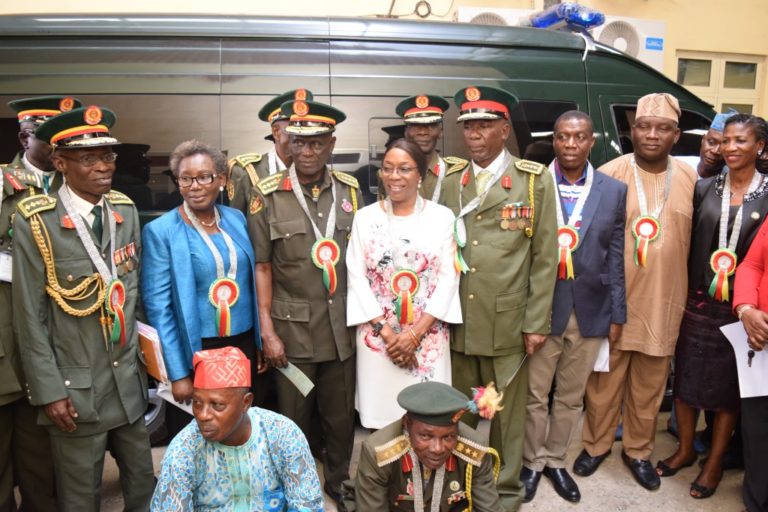 While promising that the State government will continue to support legionnaires and treat the ex-servicemen with respect, the Commissioner advised beneficiaries of the empowerment initiative to use the materials wisely to improve their standard of living and stop relying on anyone for their daily sustenance.

Abdul-Lateef also used the occasion to call on members of the public to continually identify with this category of persons who have paid the supreme price for the safety and security of citizens, stressing that the legionnaires deserved to be respected and treated with honour. 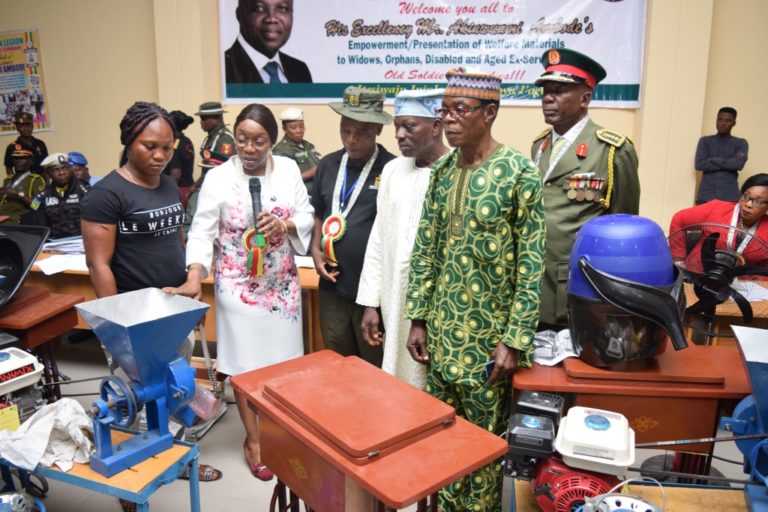 The Commissioner listed some of the benefits derived by Legionnaires under the present dispensation to include a Hilux Patrol Van, an 18 Seater Hilux Bus, a trailer load of Lake Rice as well as the recent employment of Nigerian Legion members to serve as security personnel in State Public Schools and MDAs of Lagos State Government among others. 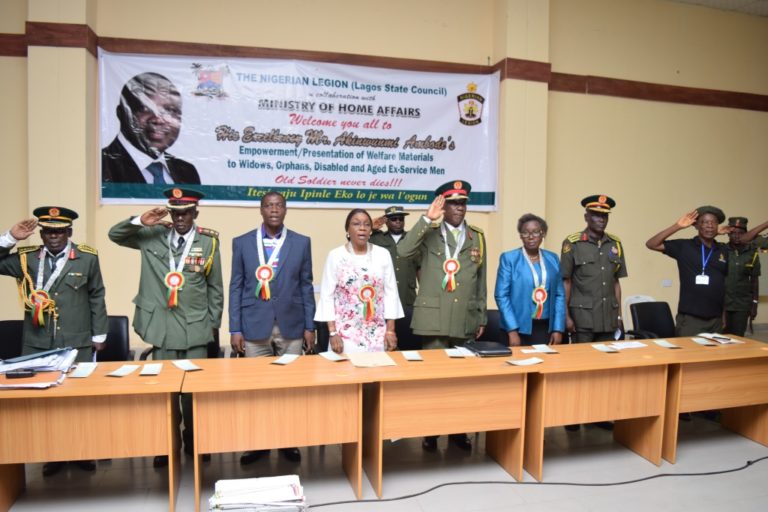 Earlier, the State Chairman of Nigerian Legion, Rtd. Samuel Fola Akande acknowledged that the present administration had always been benevolent to the legionnaires in different ways, saying that since Governor Ambode assumed office in 2015 various sums of money ranging from One million to N25million Naira had been donated to the organisation in support of the welfare of the legionnaires.

“Mr. Akinwunmi Ambode has adopted the Nigerian Legion and had since remained committed to our welfare and growth. Among many donations, grants and approvals, he has employed the majority of our Commissionaire Officers to guard MDAs in Lagos State just as he promised us in 2016,” the Chairman affirmed.

Akande said that the State government’s empowerment and welfare support for widows, orphans, disabled and aged ex-servicemen will increase the confidence of serving military personnel because of the hope and assurance of care for their families after serving with their lives.

Nollywood actor, Stanley Sule who is well known as Ukwa South woke up first thing in the morning on his birthday and decided to...
Read more

The Lagos State Government has rekindled the interest of public school students towards learning the Arabic language with the introduction of teachers to new...
Read more
- Advertisement -