The trailer for RedTV’s anticipated new Series The Men’s Club is out ahead of its October 8th premiere. The series, directed byTola Odunsi and written by Dami Elebe, promises to be an intriguing watch especially as it stars some of your favourite stars.

REDTV’s most anticipated show of the season is here. The drama series takes us on a journey of four friends surrounded by women, their businesses and the hassles of the city. We finally get to know how men think as these young men share their experiences. 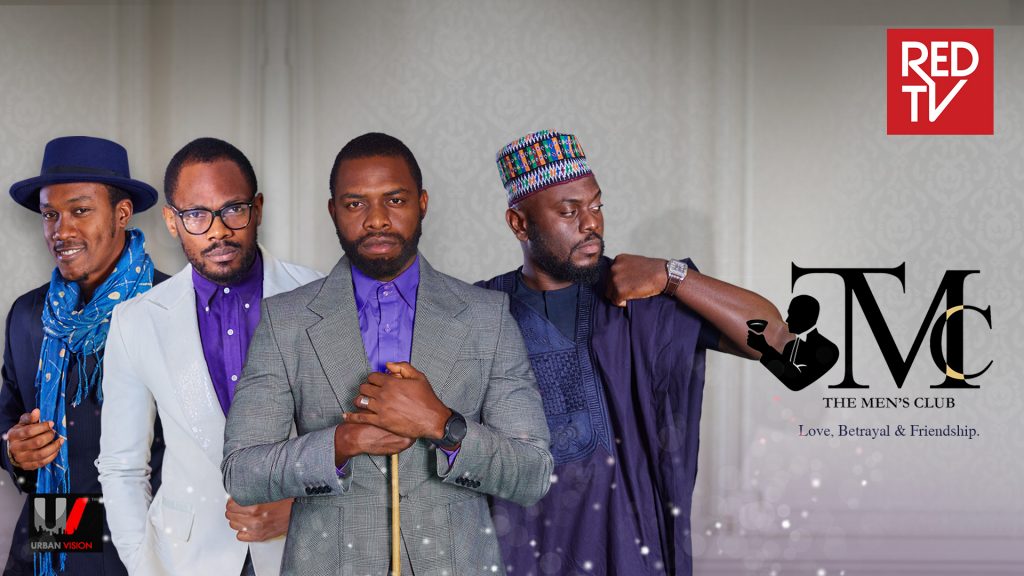 Written by Dami Elebe, this show sets out to redefine the opinions we have of young men in Lagos with an insightful plot and eye-opening tales beautifully captured by Urban Vision.

The drama-packed series will be premier on REDTV on Monday, October 8th, 2018. The Men’s Club is set to keep you coming back for more. Twists, turns, betrayal, love and friendship.

Follow @itsredtv on social media. To read more about the show go to www.itsred.tv and subscribe to the REDTV YouTube channel for more hot gist and interesting shows.

The Nigerian economy grew by 1.87% on a year-on-year (YoY) basis in Q1’20. The GDP performance represented a 23 basis points decline from the...
Read more
News

As many markets across the globe begin to ease living restrictions and many consumers start to take tentative steps outside their homes, the world...
Read more
- Advertisement -

UBA on a winning streak; Gets double recognition as best CSR Company in support of Education (Photos)

REDTV Set to Host the Biggest Party of 2019

Following the enormous success of its drama series, The Men’s Club (TMC), REDTV is about to commence its own chat show, Red Hot Topics....
Read more
- Advertisement -