Famous actresses Chidinma and Chidiebere Aneke (the Aneke Twins) have urged students to learn from their own experience of surmounting the odds of rejection by family and friends to become an authentic success story.

Addressing the students, who attended Promasidor “Harness Your Dream” career guidance initiative at Queen’s School, Enugu on Thursday, the twins said that they did not lose the focus of fulfilling their dreams despite the deprivation that followed the death of their father in their formative years.

Now the promoters of Aneke Foundation, which supports humanitarian activities, the twins recalled how they hawked around Enugu in order to support their mother in funding their education. 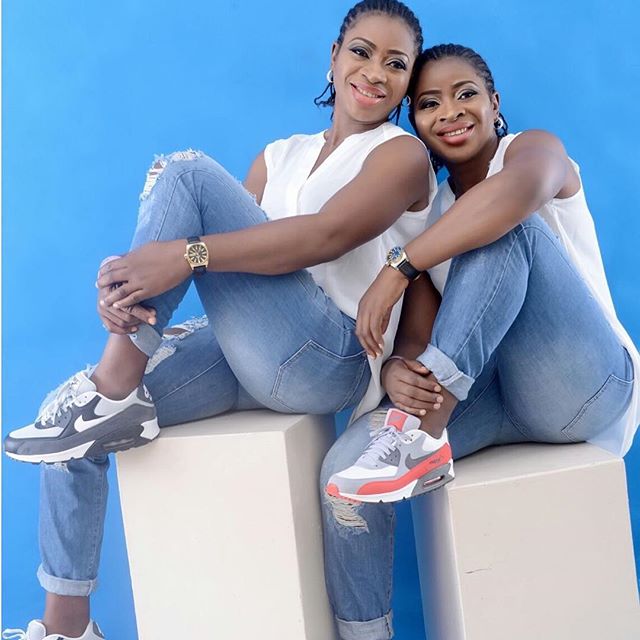 They eventually graduated from the University of Nigeria, Nsukka with degrees in Mass Communication and Banking and Finance, but admitted that they would have chosen courses that suited their natural flair if they had been exposed to career guidance.

Chidiebere said: “If we had the kind of opportunity that you now have, we won’t have read those courses. We were in our church drama group and then found out that we had the talent for acting. Somebody invited us and then we began to act but still hawking our akara (beans cake) and bread and going to school. But after school, we would go to the movie industry for auditioning. We found out that we needed to know more about acting, so we went to school.”

The 32-year-old twins joined Nollywood in 1999 and had their first movie outing in “Ebuka”. But the break did not come until they acted the lead roles in “Desperate Twins. They had featured in over 80 Nollywood movies since then and won several awards.

Explaining that education made the total being, Chidinma said that they had to inspire themselves and rise above the challenges of becoming fatherless at a young age.

The celebrity twins commended Promasidor for sponsoring the project and urged other corporate organisations to follow the example.

Earlier, the Enugu State Commissioner for Education, Prof. Uche Eze had appreciated Promasidor Nigeria for bringing “Harness Your Dream” to the state.

The commissioner, who was represented by Mrs. Chidiogo Ugodu said that the impact of the project would be felt in later years by the beneficiaries, who would now be able to make the right career choices.

The Principal of Queen’s School, Enugu, Mrs. Ada Nweke also thanked Promasidor for extending the programme to the state. “You did not make any mistake by choosing our state as one of your catchment zones. Our amiable governor is education friendly. He always wants to see children achieve their aims in life,” she said.

In his welcome address, the Managing Director of Promasidor Nigeria Limited, Mr. Anders Einarsson assured that the company would continue to support Nigerian youths in fulfilling their potentials, adding that the motivation for the initiative was to guide students to choose careers that match their talents, skills and aspirations.

“We specifically target your class because by next session, you will be selecting relevant subjects that will determine your future careers,” explained Einarsson, who was represented by the company’s Head of Legal and Corporate Communications, Mr Andrew Enahoro.

Enahoro later told reporters that Promasidor Harness Your Dream is promoting the spirit of hard work among young Nigerians.

He said the choice of courses taught at the programme was skewed towards helping the benefitting students ultimately becoming gainfully employed and useful to the society. “Next year, we are going to change the syllabus because this one has run for a whole year. We will like to incorporate other professions and careers into the programme,” he hinted.

Promasidor staff, who served as resource persons, shared their educational and career experiences with the students and explained how to become professionals in several disciplines. These are: Personnel Management and Emerging Entrepreneurial Opportunities, Information and Communication Technology. Others are: Accounting & Business Management, and Digital Marketing.

A CSR initiative of Promasidor Nigeria Limited, Harness Your Dream has been held in Lagos and Ogun States, as well as the Federal Capital Territory, Abuja since it was launched in November last year. It is a pan-Nigeria project, which is held every school term.

The primary objective of “Harness Your Dreams” is to help public school students understand varieties of career options and guide them along their career paths.

Flavour Shuts Down Anambra, As Life Beer Wraps The Year In Style (Pictures)

The highlife king, Flavour Nabania thrilled all in attendance as he ended his year with a fun-filled, exciting concert. The show which was proudly...
Read more

The Managing Director of Promasidor Nigeria Limited, Mr Anders Einarsson has pledged the commitment of the company to its career guidance initiative, “Harness Your...
Read more
- Advertisement -