President Muhammadu Buhari provided a sneak peek into Nigeria’s fiscal direction for 2019 on Wednesday, 19 December 2018, as he presented the 2019 Budget of the Federal Government of Nigeria (FGN) to the joint session of the National Assembly. The FGN’s 2019 Budget is intended to continue Nigeria’s quest for inclusive growth, economic diversification and sustainable development.

The policy thrust of the 2019 Budget is tied to the objectives of the country’s Economic Recovery and Growth Plan (ERGP), which rests on the tripod of growth restoration, investment in people through various social investment programmes and building a globally competitive economy by focusing on critical infrastructure. 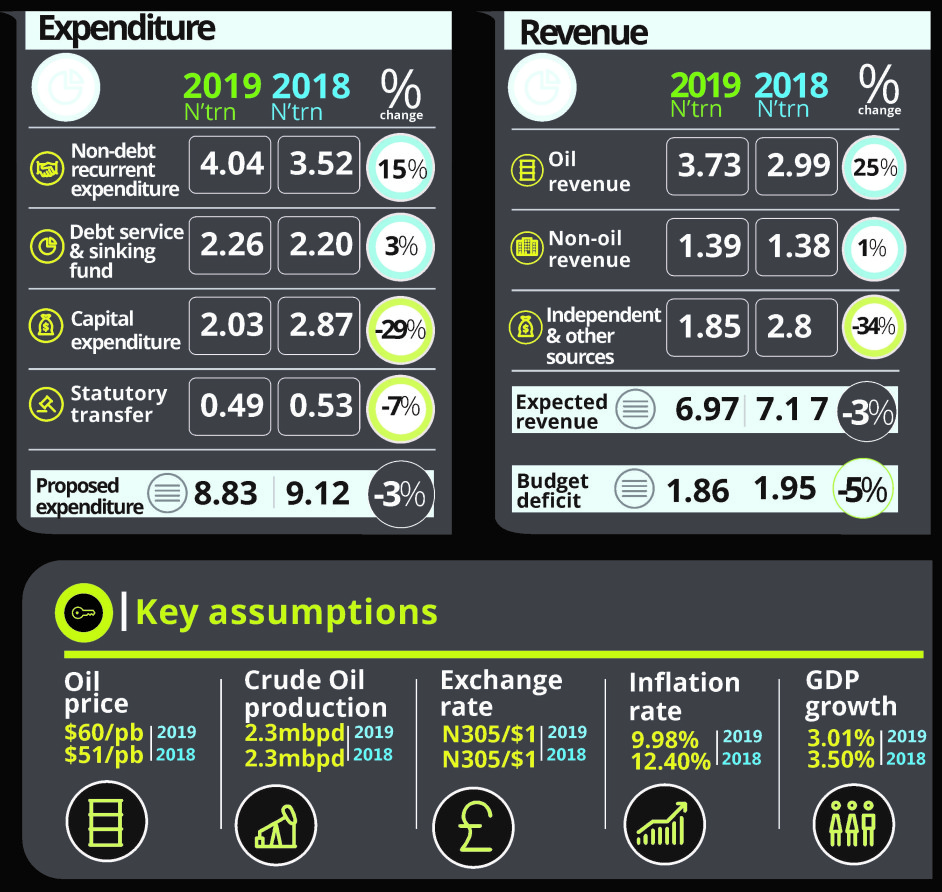 The budgeted daily crude oil production and exchange rate contained in 2019 Budget remained the same as in the approved prior year’s Budget at 2.3 million barrels per day and N305/$, respectively.

Overall, the greatest concern remains the level of implementation that will be achieved. It is expected that the 2019 Budget will be given accelerated consideration by the National Assembly and that both the Executive and Legislative bodies will continue to collaborate in the overall national interest.

The Honourable Commissioner for Education in Lagos State, Mrs. Folasade Adefisayo has disclosed that a total of 3,000 Primary...
Read more
News

The Lagos State Government, in its commitment towards ensuring that all its workforce have access to good, quality and affordable healthcare, has commenced the...
Read more
- Advertisement -

MTEF Review: VAT increase could be a smoke screen for something larger

2019 Budget Is Higly Intimidated While Oil Price Subside to $60

The fundamentals of the 2019 bill are below menace as crude oil rate collapsed again yesterday to level at $60 per vessel, the equal...
Read more
- Advertisement -