Akeredolu calls for investment in Capital Market in Ondo State

How to Apply for Government N75Bn MSME Survival Fund

The Ondo State Governor, Mr Rotimi Akeredolu, said he would provide an enabling environment for the capital market to thrive in the state,  with a view to developing the nation’s capital market sector.

Akeredolu said an enabling environment was necessary for the state to encourage people to invest “when there is economic growth in the land.”

Akeredolu stated this in Akure, Ondo State while declaring open a one-day enlightenment programme organised by the Securities and Exchange Commission.

The programme was themed ‘E-dividend and investment initiative at developing the Nigeria capital market.’ 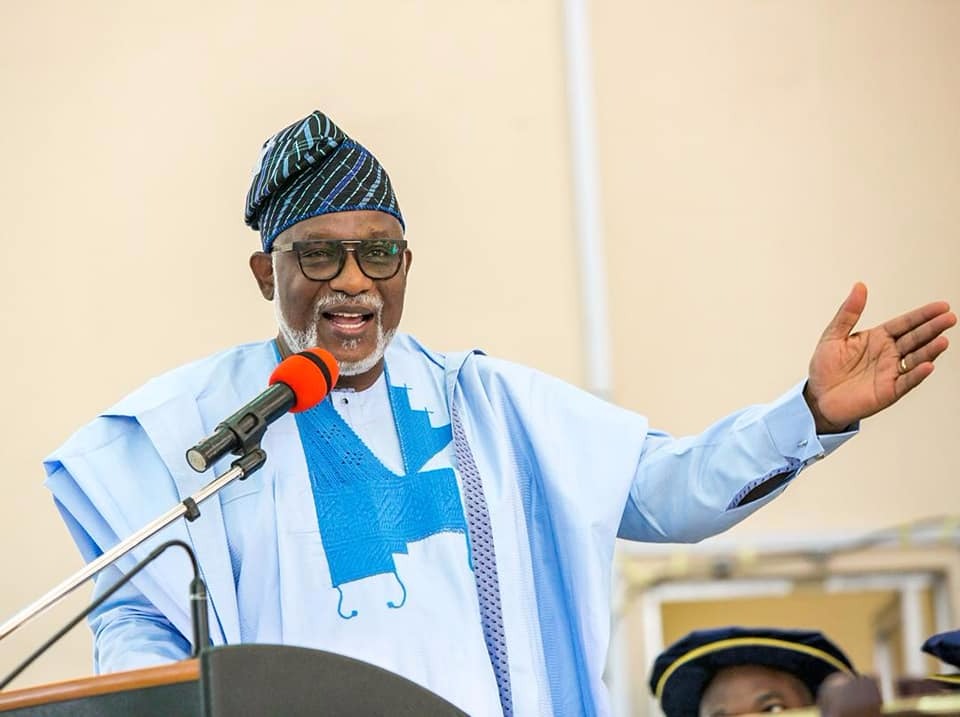 The governor, who was represented at the event by the Secretary to the State Government, Mr Ifedayo Abegunde, said the political climate would remain stable enough in the state to enable stakeholders to recover their investment within a reasonable period.

He said, “As we are all aware, investors’ interests are being centred on three broad objectives, ― income, growth and safety. We will ensure these three objectives are not missing in our state.

“The objective of this enlightenment programme is to give alternate economic condition to civil servants and other stakeholders to decide the best time to buy or sell shares/securities.”

Read Also:  SAVINGS ALONE WILL NOT DO IT - INVESTMENT IS MAKING YOUR MONEY WORK FOR YOU; EVEN IN THE FACE OF COVID 19!

He explained that the enlightenment campaign would also provide an opportunity to prospective investors to be acquainted with the general principle and policy of “buy low and sell high.”

“I will like to appeal to you all to give this short enlightenment campaign the serious attention it deserves so that we will have an improved, effective and quality investment initiatives in the state.

“It will also give us the opportunity to put in our best to make sure that state derives maximum benefits from investment opportunities in Nigeria,” Akeredolu added.

The Zonal Director, SEC, Mr Edward Okolo, explained that the essence of the programme was to enlighten the people of Ondo State on e-dividend processes and the opportunities in the capital market.

According to him, the e-dividend will afford people of the state the opportunity to bring their moribund companies into the market and revive it, which will then provide employment for the teeming population of unemployed youths in the state.

He noted that the programme would not only afford participants the opportunity to be well informed about investment in shares and stocks but would also help individuals to do the needful whenever opportunity opened for investment.

In the fifth edition of the Logistics Trend Radar, DHL once more has revealed 29 key trends that will...
Read more
News

The 2020/2021 Premier League season will kick off on Saturday, September 12 in what is shaping up to be an exciting season as the...
Read more
Brand News

Leading telecommunications services provider, Airtel Nigeria, has been commended by members and leaders of a community in Ogun State, Isokan community, for helping to...
Read more
- Advertisement -

NSE Simplifies Investing in the Capital Market with Comic Book​​

The proliferation of dubious investment schemes that often result in loss of money by unsuspecting members of the public continues to make the role...
Read more

Executive Summary How much should our Naira investments return? When we talk with investors two concerns frequently come up. One is inflation: "How can our investments...
Read more

Transcorp Hotels Plc is raising ₦9.9 billion through a rights issue to strengthen its balance sheet. It will issue 2.7 billion units of shares...
Read more
- Advertisement -