Promasidor Supports over 60 Families of Children with Disabilities

Promasidor Nigeria Limited has provided succour to more than 60 parents of children with disabilities through its low-interest microcredit scheme christened We Too Can Grow in the advancement of its corporate social responsibility (CSR) policy. 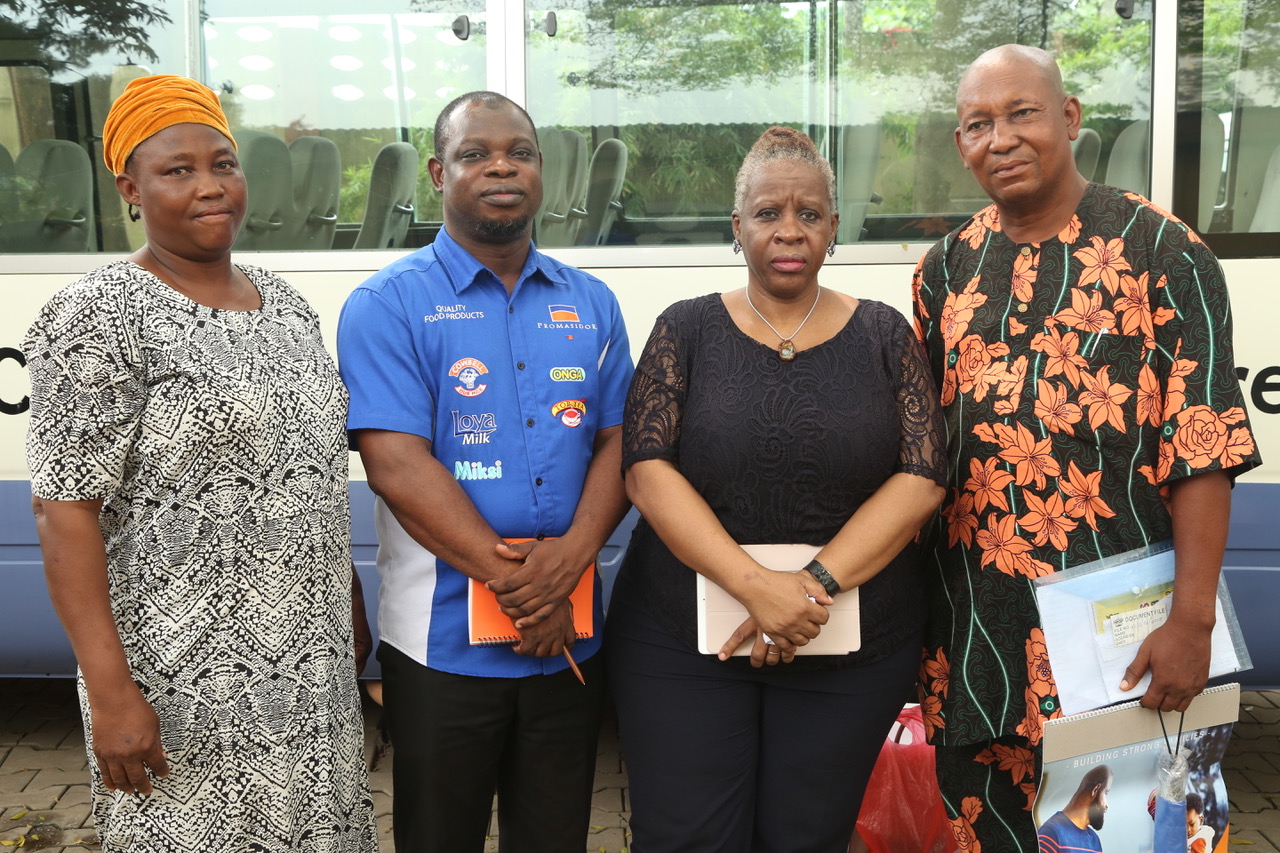 The scheme, in partnership with Children’s Developmental Centre (CDC), which supports children and young adults with disabilities, has benefitted 5 (five) cooperative groups to which these families belong, with 3 (three) more to receive grants.

Promasidor, makers of Cowbell Milk, Loya Milk, Top Tea, Onga, Miksi and other products, initiated the scheme to provide funds to the cooperative groups located in Lagos and Ogun States through CDC. It is facilitated by Surbpolitan Microfinance Bank.

Commenting on the support received from Promasidor at a ceremony held for the cooperatives at the CDC in Lagos, the Project Director, Delphine Misan-Arenyeka stated that the company has shown that it cares for children as well as young adults with disabilities.

She said a lot of progress has been made and that other groups would also get the funds after undergoing training with the Community Development Foundation (CDF), which is in charge of the capacity building, in partnership with CDC.

The training are for proper organisational development, which involves conflict management, credit and financial management and entrepreneurship.

Misan-Arenyeka added that four of the five cooperatives that have benefitted from the scheme are in Lagos, while one is in Abeokuta, Ogun State. They include Excellent Cooperative, Success Cooperative, Affectionate Cooperative, CDC/Parents and Atunda-Olu.

She commended Promasidor for the laudable scheme and eulogised the company for demonstrating that it cares for the less privileged while urging other organisations to emulate the gesture. “We Too Can Grow also includes the provision of Promasidor’s products to CDC which is sold to support the children through funds disbursed to parents,” the Project Director explained.

On her part, Dr. Olayinka Akindayemi, CDC Service Director advised the benefitting parents to take adequate care of their children and make judicious use of funds provided to them. She said there are plans to extend the scheme to other cooperative groups for the wellbeing of children with special needs.

In his remarks, the Coordinator Corporate Communications, Promasidor Nigeria Limited, Isiaka Lawal said: “We Too Can Grow is a way of saying that we recognise that children with special needs are members of the society. They have the right to pursue their dreams as other members of the society do.”

At the ceremony, Akinyemi Akintola, CDF Executive Director affirmed that apart from the two-day training, which was held in languages the groups understand, its organisation’s role is also to monitor and ensure that loans are used properly by the cooperatives and paid on time for others to benefit.

He said CDF is involved in the partnership with CDC in order to bring to use its expertise for development in areas where the centre does not have and then continue from there. “It started based on this programme and will continue from there,” Akintola stated.

On the impact of the trainings and the loans received, the Chairman, Affectionate Cooperative Group, Cornelius Akintola Kasunmu said the fund was well disbursed among the 22 members of the cooperative. He added that the training at CDF was quite useful as it has helped him to grow his business and also in attending to issues relating to his child’s wellbeing.

Another member of the group, Ganiyat Falade explained that the training by CDF has broadened her knowledge on how to manage funds for investment purposes.“Now, l can adequately take records of sales and products l invest in. The training has been very useful,” she said.

A member of Excellent Cooperative Group and a beneficiary, Femi Oladapo said the funds has enabled him to cope with the health of his child as well as his business. “I thank God for this initiative,” he stated.

Ojo Olubukunola from Dayonmi Love Foundation, a cooperative group in Abeokuta, and Ishola Abiodun from CDC/Parents Cooperative Group in Lagos both commended Promasidor and CDC for the scheme.

Exuding joy, Abiodun said: “My child’s health has taken me to places but Promasidor and CDC have brought relief to me. I thank Promasidor for this scheme.”

The Next Robotics Legend is an initiative designed by Edu360, Union Bank’s education platform, in collaboration with Awarri, a pan-African technology...
Read more
Business & Economy

The FGN bond market kicked off a new week on a very drab note but picking slightly towards the end of the session. Much...
Read more
MEDIA OUTREACH

The COVID-19 crisis has triggered an unprecedented homegrown response in Africa. There has been an outpouring of corporate philanthropy and community solidarity: for example,...
Read more