Heineken N.V. published its combined financial and sustainability Annual Report 2017. HEINEKEN firmly believes in integrating sustainability in its business, therefore the company’s sustainability strategy ‘Brewing a Better World’ is one of its four business priorities.

HEINEKEN’s financial highlights have been reported in its 2017 Full-Year results media release published on 12 February 2018, which can be downloaded from the company website. 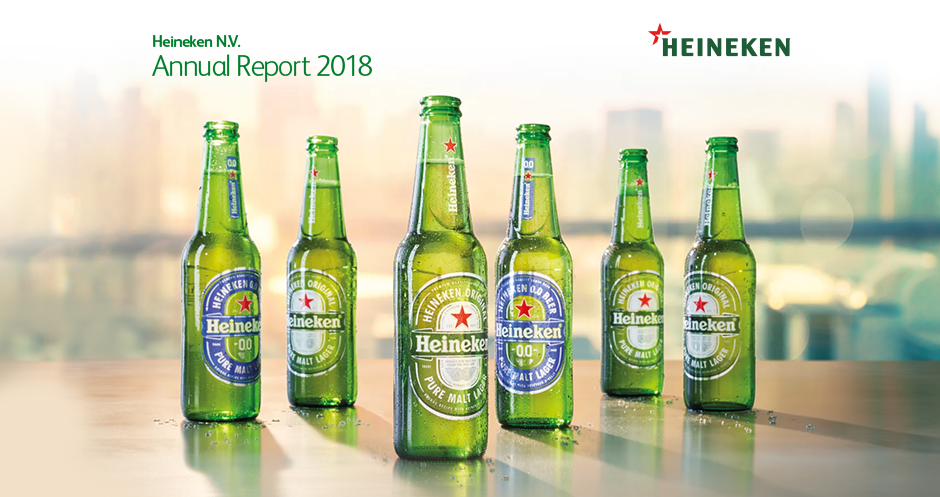 Together with the 2017 Full-Year results, HEINEKEN announced its ‘Drop the C’ programme for renewable energy. The company aims to grow its share of renewable thermal energy and electricity in production from the current level of 14% to 70% by 2030. To drive a real change towards renewable energy the brewer will not purchase unbundled certificates to meet its reduction targets. Beyond production, in the next two years, new science-based reduction targets will be set for distribution, cooling and, for the first time, packaging.

HEINEKEN’s 2017 sustainability highlights include the following:

The full Heineken N.V. 2017 Annual Report can be accessed and downloaded from the company website www.theHEINEKENcompany.com.

Guaranty Trust Bank PLC (GTBank) has ascended to the number one position as the Most Admired Financial Services Brand...
Read more
Business & Economy

NIKE RETAINS #1 IN AFRICA FOR THIRD YEAR IN A ROW AFRICAN BRANDS DROP BY OVER 60% IN 10 YEARS DANGOTE AND MTN...
Read more
- Advertisement -

Heineken has reported that its beer sales have been significantly impacted by the coronavirus outbreak, with global beer volume sales falling 14% in March. Heineken,...
Read more

HEINEKEN announced today the measures it has been taking since the beginning of the COVID-19 outbreak to support the health and livelihood of employees...
Read more
- Advertisement -