Germany’s two biggest banks are discussing a merger that could result in a national champion capable of competing with Wall Street. 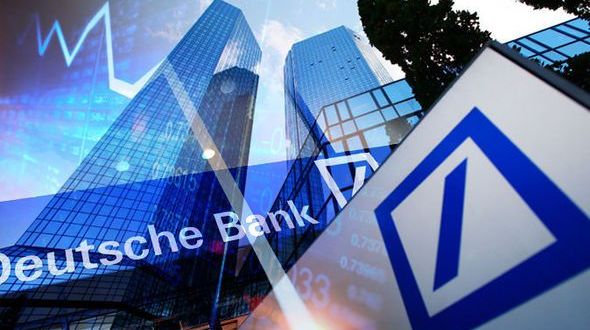 Deutsche Bank, Germany’s largest lender by far, confirmed Sunday that it was holding merger talks with Commerzbank. The German government holds a 15% stake in Commerzbank.

“In light of arising opportunities, the management board of Deutsche Bank has decided to review strategic options,” the company said in a statement. It cautioned that there was no guarantee of a deal.

Deutsche Bank has been rumored to be in merger talks with other European banks in recent years. Banks in Europe have struggled in the wake of the financial crisis, even while American banks are growing.

“Consolidation in the German and European banking sector is an important topic for us. We have to assess how we want to play a part in shaping it,” CEO Christian Sewing said in a message to Deutsche Bank employees.

Yet there are doubts that getting bigger will resolve Deutsche Bank’s consistent problems with profitability and help it compete with American rivals that have fared much better following the global financial crisis.

It lost €409 million ($468 million) in the final three months of 2018, however. The bank said the losses were caused by challenging financial markets, especially for its fixed income trading division.

Deutsche Bank said Sunday that the merger talks were part of a strategic review aimed at improving its “growth profile and profitability.”

There have long been rumblings that weak profits and rising costs could lead to a wave of bank consolidation in Europe, but deals have remained elusive.

Sewing, a retail banking veteran who took over as CEO of Deutsche Bank last year, is cutting costs and reducing the company’s headcount as part of an overhaul. Deutsche Bank also had its credit rating downgraded by S&P last year.

S&P said in its assessment that it believed management “is taking decisive actions” to control costs. But it said the overhaul would not bear fruit in 2019, with the full benefits not being realized until 2021.