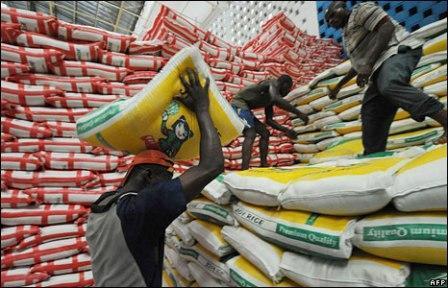 He said the nation’s rice production is expected to set a new record with increased cultivated area, which will increase paddy production to 16 million tons in 2023. The figure is now four million tons.

According to him, Nigeria can produce more than 12  million tons over four-year with the support of President Muhammdau Buhari’s administration, adding that  increasing support to the paddy crop is likely to keep the country’s rice production high.

He expects Nigeria to retain its ranking as the leading rice producer in Africa. Although most rice projects embarked by states are in pilot forms, Oladunni said the projects are showing positive results.

He said such projects, should be part of the nation’s strategy to stabilise and increase the production of rice on a sustainable and economically viable basis. He urged more states to key into the CBN Anchor Borrowers Programme (ABP).

Egypt was producing 4.3 tons annually, but it reduced by almost 40 per cent this year owning to the Egyptian government’s decision to limit cultivation to preserve water resources. Egypt’s rice cultivation requires about 1.8 billion metres of water in evaporation, transpiration and irrigation each year.

He said there are efforts to increase overall rice production in Africa, but expressed doubts that it will curb rice importation as population has increased across the continent. Consumers, he said, are looking for safe and certified rice.

Read Also:  Much Ado about a Bag of Rice?
- Advertisement -

The Governor of Ogun State, Prince Dapo Abiodun, has given a marching order to the General Manager of the...
Read more
Education

Konga Nigeria’s foremost composite e-commerce giant has been rewarded with the highly coveted Company of the Year award in the just-concluded People of the...
Read more
- Advertisement -

The average price of selected major food items in Nigeria, such as yam, rice, tomatoes, and eggs, increased in September 2020 the National Bureau...
Read more

The average price of major food items in Nigeria like yam, rice, tomatoes and eggs increased in June, the National Bureau of Statistics (NBS) has said. The...
Read more

The SBM Jollof Index: The Black Swan Glides In

Nigeria experienced a series of events in the leadup to 2016 - falling oil prices, low external reserves and a slump in global demand...
Read more

Much Ado about a Bag of Rice?

Towards the end of 2019, developments in the Nigerian rice market made headlines. This was as the government ordered the complete closure of all...
Read more
- Advertisement -