Overall economic growth in West Africa is projected to be at 3.6 per cent in 2019 and 2020, boosted by the recovery of commodity prices and improved production and service sectors in the region, although challenges and uneven performance would remain, the African Development Bank’s regional economic indicator report revealed.

The Bank launched the 2019 Regional Economic Outlook for West Africa in Abuja on Tuesday, alongside the institution’s annual flagship report, the Africa Economic Outlook, which shows how regional integration can spur structural transformation and foster economic prosperity on the continent. 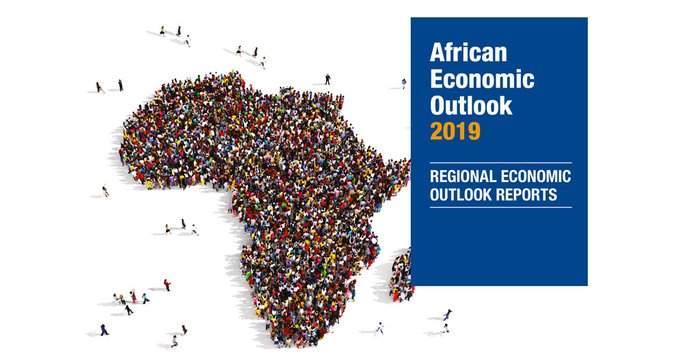 The launch was presided by Nigeria’s Minister of Finance, Zainab Shamsuna Ahmed, and included report highlights, followed by a debate and an interactive session involving businessmen, diplomats, development partners, academics, civil society and media. The level of engagement demonstrated the value of the reports to the discourse on regional integration and transformation for inclusive development.

Nigeria, Africa’s largest economy has come out of recession and its dominance in the region continues to impact its neighbours and the economic performance of the entire region. Alongside other countries in the region, the report called on countries to “develop a dynamic industrial base with manufactured exports.”

Speaking on behalf of the government, Finance Minister Ahmed, remarked that ‘the process of diversification and infrastructure development requires massive and considerable finance, both from the private sector and development partners’.

‘We are committed to our partnership with the African Development Bank and other critical stakeholders that can provide innovative financing to support the country’s ambition for large-scale infrastructure development and economic diversification, both of which are critical to tackling the country’s endemic poverty and inequality,’ she added.

While countries belonging to the West Africa Economic and Monetary Union (WAEMU) are cushioned from the harshest shocks of the global climate on their domestic prices and enjoy relatively low levels of inflation, non-WAEMU countries continue to struggle with high inflation and rising external debt, according to the report.

The Africa Economic Outlook, now in its nineteenth year, has provided a rigorous analysis of great value to all stakeholders interested in African development and continues to inform dialogue and policy decisions across the continent. The Regional Economic Outlook for West Africa provides more granular comparative analysis from a sub-regional context.

The diversity of the region’s economies is reflected in their per capita incomes ranging from$452 in Niger to $3,678 in Cabo Verde (2018). Nine countries saw growth of at least 5.0 per cent in 2017 and 2018. Côte d’Ivoire and Ghana continue to be among the highest performing with expected growth rates of 7.0% and 7.3% respectively in 2019, according to the report.

Senior Director for the Nigeria Country Department, Ebrima Faal said that the Bank believes that the region could benefit immensely from many opportunities—diversification, infrastructure development, and linking production to global value chains – which could offset the downside risks. ‘Seizing these opportunities will require conscious efforts by governments and policymakers at all levels to implement sound economic and structural policies’ he said.

‘The theme of both reports resonates with the ‘Integrate Africa’ High 5 priority of the Bank. Indeed, an integrated Africa and West Africa, in particular, is critical to the transformation of economies and sharing the benefits of growth’, Faal concluded.

Read Also:  Bear claw on US market; Euro stocks gained the most in 4 weeks

Q4 2020 Economic Outlook: Out of Reverse and into Second Gear

Economic Outlook - Out of reverse and into second gear Off the floor but no dramatic GDP rebound The economy, while still contracting, picked itself up...
Read more

The African Development Bank (AfDB) has launched an eLearning Digital platform to create nine million jobs in Africa’s digital economy in the next 10...
Read more
- Advertisement -