The Federal Executive Council (FEC) Wednesday in Abuja approved N5.5 billion for the training and provision of work tools for 12,000 young Nigerians under the N-Power scheme of the federal government’s Social Investment Programme (SIP). 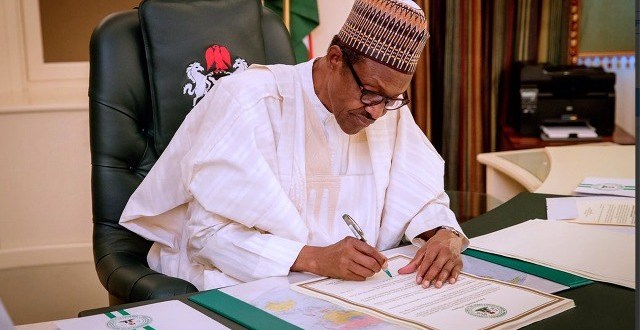 Briefing State House correspondents at the end of the weekly FEC meeting, the Minister of Budget and National Planning, Senator Udo Udoma, said the project is a knowledge and youth empowerment programme conceived to transform 12,000 hitherto unemployed or under-employed Nigerians to employed entrepreneurs.

According to him, the beneficiaries of the scheme will be young Nigerians of 18-25 years of age whom he said would be trained to employ five other Nigerians each and thus thereafter bringing the total jobs to be created to 60,000.

Udoma, who said the selection criteria would be the same procedure adopted for the hitherto beneficiaries of N-power programme which he said was available online, adding that N259,000 will be spent for the training of each beneficiary and another N207,000 for the provision of work tools for each of them.

According to the minister, the scheme was conceived to train and equip young Nigerians with the ability to handle electronic equipment.

He said: “One of the projects approved by the Federal Executive Council (FEC) today is knowledge, youth and empowerment programme. Now, this programme targets 12,000 young Nigerians of between the ages of 18 and 25 years. It is meant to give them trainings and devices.

“The trainings intend to transform the 12,000 beneficiaries from unemployed, under-employed trainees to employed citizens and entrepreneurs. It will deliver to 12,000 beneficiaries informed trainings which will enable beneficiaries build and imbibe technical proficiency such as assembling, repairs, maintenance as well as technology skills and digital literacy across a wide range of electronic brands, products and technology which can be grouped into three areas — mobile devices, computing devices and commonly used electronic devices — irrespective of their socio-economic backgrounds.

“It’s a programme that is open to all unemployed youths across the six geopolitical zones. Each of the 12,000 targeted beneficiaries will be empowered to train 5,000 youths via a training platform which means they will need to translate the jobs to 60,000 additional jobs because each of the 12,000 is empowered to train five other youths via a training platform and engage them on his or her platform. The project is awarded to Messrs Softcam. It’s of nine months’ duration. Softcam will be working with officials of Social Investment Programme.

“The idea is to ensure that our youths are trained and capable of handling all these electronic equipment.”

Also briefing, the Minister of Finance, Mrs. Zainab Ahmed, said FEC also approved the obtainment of $6.8 million from African Development Bank (AfDB) for what she described as the delivery of basic service and livelihood empowerment programme in crisis-ridden North-east.

Ahmed, who said some loans had earlier been obtained to provide such services in the six states of the North-east, added that a specific project designed to take place in Lassa, Borno State could not earlier be implemented because of insurgency, adding that this $6.8 million loan is now meant for the implementation of the project.

According to her, the loan has one per cent interest rate payable under a period of 30 years with five years moratorium.

“Today, at the FEC, I presented a memo seeking the approval of the Federal Executive Council for additional financing, the sum of $6.8 million sought as a loan from AfDB to finance inclusive basic service delivery and livelihood empowerment integrated programme for the rebuilding of the North-east.

“There was a previous facility which included coverage of Adamawa, Bauchi, Borno, Gombe, Taraba and Yobe States and some specific institutions were beneficiaries.

“But there is a federal science and technology college in Lassa, Borno State that was one of the beneficiaries. But because of insurgency, it suffered severely. It could not be carried out because of the activities of insurgents.

“Now, what we are trying to do is to go back to the projects, to this particular institution to make sure we are able to rehabilitate the institution and also undertake a complete skill training and educational project that will mitigate the challenges that the institution has had. The facility is a concessionairy loan. It has an interest rate of one per cent and it is payable over a 30-year period and it has five years moratorium,” Ahmed said.

Also, the Minister of State for Power, Works and Housing, Mustapha Shehuri, said FEC also approved the augmentation of the cost of reconstructing a section of Ikot-Ekpene-Aba-Owerri Road from the initial over N3 billion to N6.1 billion.

According to him, the project is an 11.6-kilometre project.

In his own briefing, Special Adviser to the President on Media and Publicity, Mr. Femi Adesina, said the federal government had since 2015, awarded 166 ecological projects under the Ecological Fund Programme to address cases of erosion and flooding in different states of the federation.

He listed states, which had benefitted from such projects to include: Bauchi, Yobe, Ekiti, Benue, Kano, Nasarawa, Jigawa and the Federal Capital Territory (FCT).

"Security has been about spotting the tools used in an attack: MITRE Engenuity adds the dimension of recognizing rather the patterns of an attacker, no matter when different tools are used," said Greg Young, vice president of cybersecurity for Trend Micro. "MITRE ATT&CK is, like the attacks it models, complex. Doing well on a third-party test like this is satisfying – and with 96% visibility, we did very well here – especially considering it models techniques used by two of the world's most capable threat groups. An even bigger success is helping educate organizations that ATT&CK isn't just about the test but that ATT&CK can be a part of the everyday playbook for SOCs, which is reflected in our solutions."

This year's test included two simulated breaches, one at a hotel and one at a bank, using typical APT tactics such as elevation of privileges, credential theft, lateral movement and data exfiltration.

Its performance against techniques used by two of the world's most formidable cybercrime enterprises proves its value in threat detection and response, and ability to optimize cyber-risk reduction for customers.

The MITRE ATT&CK framework helps industry define and standardize how to describe cyber-attack techniques — offering organizations a common and regularly updated language to triage detection and response as efficiently as possible.

This year's strong performance in MITRE Engenuity's ATT&CK Evaluation is the second in a row for Trend Micro, whose capabilities also impressed in the 2020 tests.

Trend Micro, a global cybersecurity leader, helps make the world safe for exchanging digital information. Fueled by decades of security expertise, global threat research, and continuous innovation, Trend Micro's cybersecurity platform protects hundreds of thousands of organizations and millions of individuals across clouds, networks, devices, and endpoints. As a leader in cloud and enterprise cybersecurity, the platform delivers a powerful range of advanced threat defense techniques optimized for environments like AWS, Microsoft, and Google, and central visibility for better, faster detection and response. With 7,000 employees across 65 countries, Trend Micro enables organizations to simplify and secure their connected world. www.trendmicro.com.hk

MITRE Engenuity ATT&CK Evaluations are paid for by vendors and are intended to help vendors and end-users better understand their product's capabilities in relation to MITRE's publicly accessible ATT&CK® framework. MITRE developed and maintains the ATT&CK knowledge base, which is based on real world reporting of adversary tactics and techniques. ATT&CK is freely available, and is widely used by defenders in industry and government to find gaps in visibility, defensive tools, and processes as they evaluate and select options to improve their network defense. MITRE Engenuity makes the methodology and resulting data publicly available so other organizations may benefit and conduct their own analysis and interpretation. The evaluations do not provide scores, ranks, or endorsements.

The Federal Executive Council has approved a change of name for the Ministry of Communications. Based on the name change, the ministry will henceforth be...
Read more

Between VAT Increase And A New Telecom Tax

Nigeria’s Legislature: A friend or foe?

Yesterday, the Federal Executive Council approved a c.40% increase in the rate of value-added tax (VAT) to 7.2%. Once signed into law, this would...
Read more
- Advertisement -