Who are the Blockchain winners and losers?

A Microfinance bank is a type of bank that offers small loans, or microloans, to individuals, entrepreneurs and small...
Read more
- Advertisement -
Blockchain technology is changing the game of supply chain management, but who will be the winners and losers was a topic of debate on 4 April at the United Nations European headquarters in Geneva, Switzerland 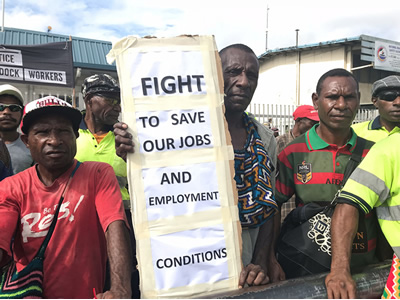 Businesses and customers will surely save time and money and enjoy better transparency and traceability. But the public ledger technology could make data privacy even harder to protect and leave more workers without a job.

This is worrying from an economic and social development perspective, speakers said at a session on blockchain and trade logistics during UNCTAD’s eCommerce Week, convening from 1 to 5 April at the Palais des Nations.

“With any technology disruption, I think labour force is one area we need to look at closely,” said Ziyang Fan, head of digital trade at the World Economic Forum.

Mr. Fan said innovations in trade logistics have traditionally hurt “blue-collar” workers but that this is changing with the ‘fourth industrial revolution’.
- Advertisement -

“With blockchain, with artificial intelligence, the ‘white-collar’ workers will face more disruption in terms of job loss,” he said, citing the examples of port clerks and supply chain middlemen.

Stuck in the past

Alvaro Cedeno, Costa Rica’s former ambassador to the World Trade Organization, worried that technologies like blockchain will leave worse off those who still don’t even enjoy access to basic technologies.

“There are literally billions of human beings that still haven’t even received the benefits of the third industrial revolution – and in some cases even the second industrial revolution,” he said, citing the 1 billion people who don’t have electricity and the 4 billion who lack access to the internet.

“Are we thinking about including the excluded?” he asked

This view was shared by Brian Iselin, founder and CEO of Slavefreetrade, a non-profit organization that sees blockchain as a tool to ensure slave labour isn’t used to make the products we buy.

“It certainly feels like the blockchain community is very, let’s say, Euro-centric or Western-centric,” said Mr. Iselin, who moderated the discussion.

“It’s worth considering who we’re leaving behind.”

The hype around blockchain technologies has meant that most discussions focus on the benefits. But Shamika N. Sirimanne, who directs UNCTAD’s work on technology and logistics, said it would be disingenuous not to acknowledge the risks.

“We must ask ourselves what blockchain can mean for developing countries,” she said.

In addition to job loss, an important risk of blockchain is less data privacy protection, said Virginia Cram-Martos, who runs Triangularity SàRL, a technology consultancy based in Geneva.

“The pseudo-anarchists who developed blockchain were thinking about hiding everything from governments,” she said.

“But the truth of the matter is, you can design a blockchain system that is the exact opposite – that completely destroys privacy for everyone by tracking everything that any individual does.”

“So, you have to be sure that you have privacy legislation in place that will prevent companies and government agencies from using that aspect of blockchain for something that you don’t want to happen,” she added.

Unfortunately, this isn’t the case in many parts of the world.

According to UNCTAD’s Cyberlaw Tracker, just 58% of countries report having data protection and privacy laws. And this drops to 52% when it comes to laws protecting consumers online.

Global foreign direct investment collapsed in 2020, falling by 42% to an estimated $859 billion from $1.5 trillion in...
Read more
Business & Economy

In the just concluded week, the NSE ASI retraced into negative territory amid sell-offs witnessed on the mid and large-cap stocks. We saw investors...
Read more
Business & Economy

Naira Appreciates Against the USD at Investors and Exporters Window

In the just concluded week, Naira strengthened against the USD at the Investors and Exporters window as the exchange rate fell (Naira appreciated) by...
Read more
Business & Economy

Credit to Private Sector Rises in Nov. 2020; MPC Decides on Policy Rate in the New Week…

Global Original Equipment Manufacturer (OEM) Lenovo has continued to astound market watchers, dominating worldwide PC shipments on the back of a rise in demand. The...
Read more
- Advertisement -

The Blockchain industry has come a long way in redefining how people make money, spend money and store money; starting with Bitcoin, the pioneer...
Read more

B2B Cross-Border Payments to Grow by 30% to $35tn by 2022, as Business Activity Slowly Rebounds

A new study from Juniper Research has found that the total value of B2B cross-border payments will reach $35 trillion in 2022, from a COVID-related low...
Read more

Blockchain technology is one of the most notable developments of our age. A recent Deloitte survey of senior executives worldwide in 2019 found that 53%...
Read more
- Advertisement -