Pan African financial institution, United Bank for Africa (UBA) Plc with operations in 20 African countries and in the United Kingdom, the USA and Paris, over the weekend, celebrated 70 years of operations in an event that was as exciting as it was nostalgic.

Clients, friends and well-wishers from all works of life joined the UBA Group led by the Chairman Mr Tony O. Elumelu, to commemorate 70 years of legacy with the organisation which has over the decades, emerged as one of Africa’s topmost financial giants.

The platinum anniversary of UBA was combined with the bank’s annual CEO awards ceremony as members of staff from all 23 countries of operations who had excelled over the past year were rewarded in the midst of thousands of guests.

In attendance at the epic night of activities, were royal fathers, captains of industry, political leaders, clients and friends of the bank.  Some of the guests present were the Ooni of Ife, Oba Adeyeye, Enitan Ogunwusi; the Emir of Kano represented by the Sarkin Shanun of Kano, Alhaji Shehu Mohammed; Former and Present Governors of Cross Rivers State, Donald Duke and Prof Ben Ayade; Governors-elect of Lagos, Ogun and Kwara States, Babajide Sanwo-olu,  Dapo Abiodun and Abdulrahman Abdul Razak.

Former Presidents Olusegun Obasanjo and Ibrahim Babaginda who could not attend the event sent in letters of congratulations to commend the bank on its landmark achievements.

The Chairman, UBA Plc, Mr Tony Elumelu, accompanied by his wife Dr Awele, remarked that UBA remains a leading financial institution on the continent and hitting the 70th year mark was a laudable achievement.

He said, “It is a time to celebrate UBA’s rich heritage and legacy over 70 years and to tell everyone who has contributed to what UBA is today, that we appreciate all they have been doing and how they have ensured that the investment put into the bank over the past decades have paid off.”

Tony Elumelu who invited all past chairmen, board members and management as well as senior staff both past and present on stage said  “These are cherished moments for us, and we’d like to thank all of you who have made it possible for us to be where we are today. Thank you to everyone, our customers, stakeholders and those who have passed through UBA and worked hard to lay a solid foundation for creating a foremost institution. It is an evening worth celebrating for us all. 70 years is a huge number, a milestone achievement” he enthused. 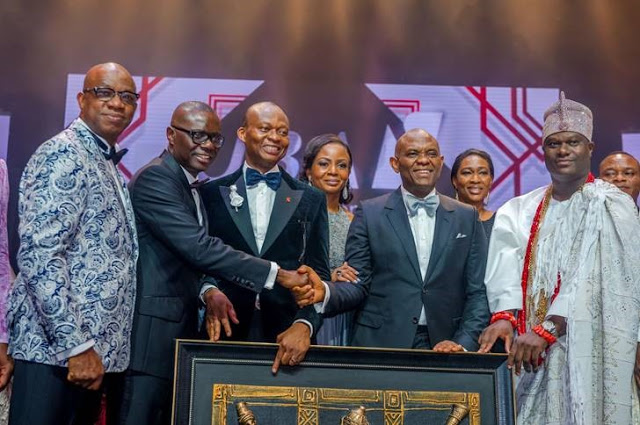 The Group Managing Director/Chief Executive Officer, Mr Kennedy Uzoka,  spoke about the banks’ achievements over the past 70 years and some of its objectives for the coming years,  commending the staff  for their hard work and resilience that have contributed to UBA retaining its position as Africa’s top bank of choice.

“Every year, it is our tradition to appreciate our people who have put in their very best and gone far and beyond the call of duty to deliver excellent services to our customers and this year is even more exciting as we celebrate 70 years of our existence.

Mr Jim Ovia, Chairman of Zenith Bank, commended the management and staff of the bank, adding that “UBA remains one of the greatest banks in Sub Saharan Africa. UBA is built to last. I heartily congratulate all staff and shareholders. I should have bought UBA shares but I guess it is not too late to do that’ he stated.

At the celebrations, the story of UBA was depicted in the Tony Award-winning Broadway musical of the Lion King. Serengeti depicts the story of the young cub who grew into a strong Lion, in spite of the odds, and empowered all the other animals in the jungle. Great performances by A-list artists such as ‘science students’ crooner, Olamide, Phyno, Patoranking, Dbanj and female sensation, Tiwa Savage entertained the audience of over 2500 guests. The surprise act which ended the night on a high was the performance by award-winning Nigerian artist, Wizkid who delivered nothing but the best in entertainment. 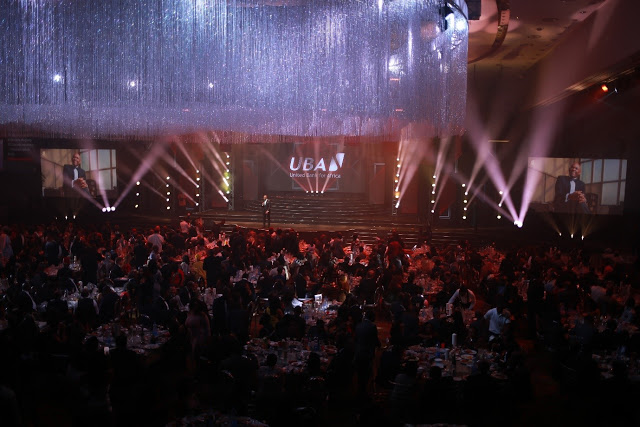 With the cloud of uncertainty and fear brought upon the world in the first half of the year 2020...
Read more
Agro News

The Advertisers Association of Nigeria (ADVAN), the umbrella body for advertisers in the country, has extended some measure of palliatives to three distinct groups to cushion...
Read more
News

The coronavirus (COVID-19) pandemic is disproportionately impacting women’s livelihoods. Young women are more prone to unemployment and under-employment than men, and many work in service and informal sector...
Read more
News

How To Apply For NPower 2020 Recruitment

The NPower program was launched a few years ago and became one of the top opportunities for young individuals to begin their careers in...
Read more
- Advertisement -

With the cloud of uncertainty and fear brought upon the world in the first half of the year 2020 by the COVID-19 pandemic, Info...
Read more

Pan African Financial institution, United Bank for Africa (UBA) Plc has rewarded another set of 100 loyal customers with a total of N10m in...
Read more