Lagos State Governor, Mr Akinwunmi Ambode on Friday commissioned the new digitized central storage facility of the State Treasury Office (STO), saying it was gratifying to note that the financial outlook of the State is very positive. 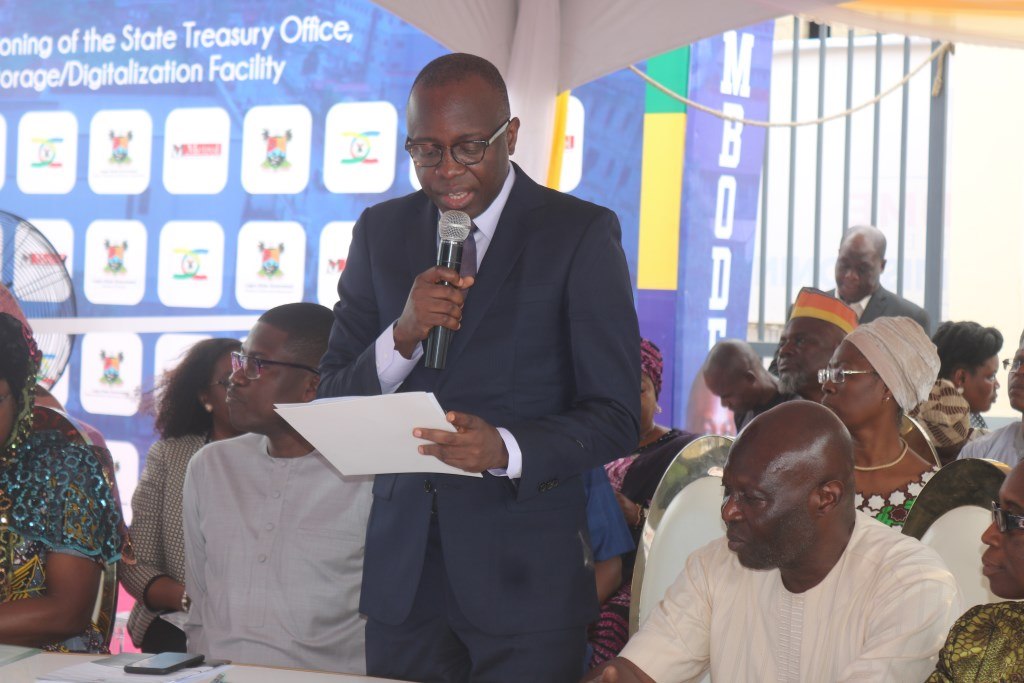 Speaking in Ikeja at the unveiling of the STO storage facility, a project initiated during his tenure as Accountant General of the State in 2006, Governor Ambode, who was represented by Commissioner for Finance, Mr Akinyemi Ashade said though he would be exiting office in a few days time, but his commitment to bring about financial accountability and robust financial base for the State remains unwavering. 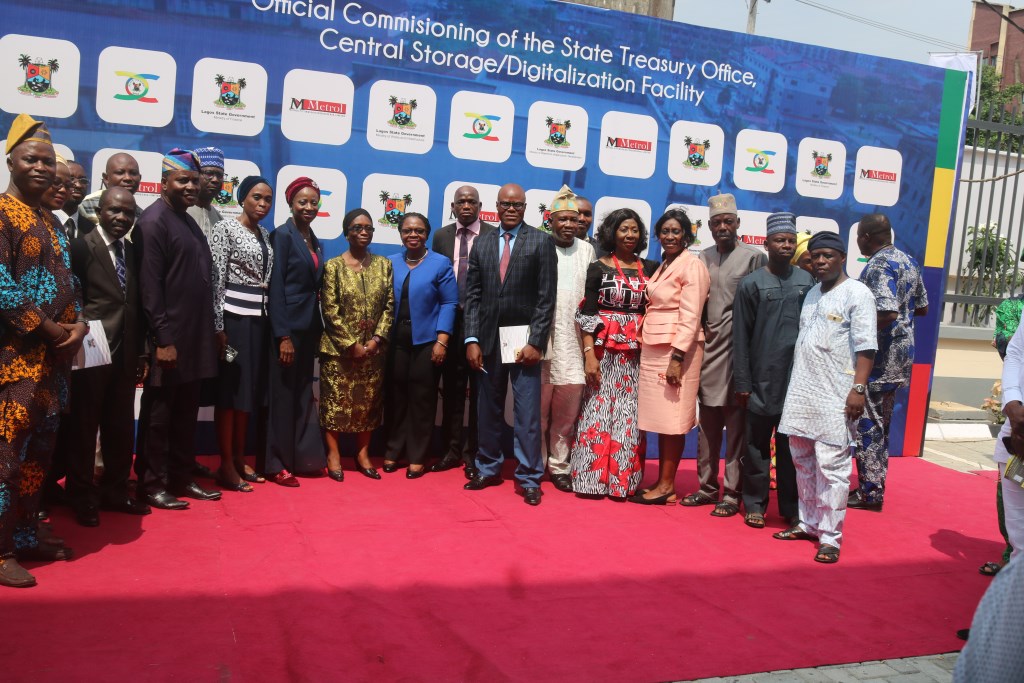 “Ladies and gentlemen, the tenure of our administration is coming to an end in a few days but our commitment to maintaining the financial accountability, transparency and creating a robust financial base in the State is unwavering.

“Let me assure you that our State is safe; its finances are secure and the outlook is very positive,” Governor Ambode said. 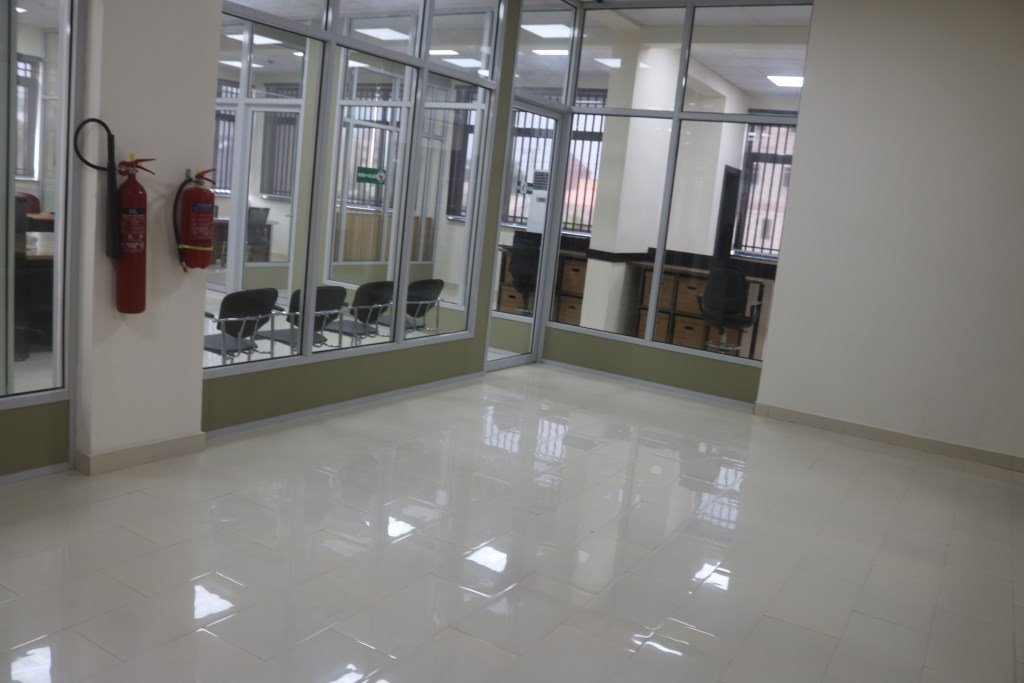 He said aside from being in line with the civil service reform embarked upon by his administration, the ultra-modern edifice, was also part of the vision to continually innovate and transform the financial processes of the State thereby evolving an improved service culture for the benefits of Lagosians.

According to him, “Today is a special day for us because we are writing a new chapter in the success story of public financial management in Lagos State. Today, we are moving from an analogue system to a digital and state-of-the-art platform for storing our critical documents.” 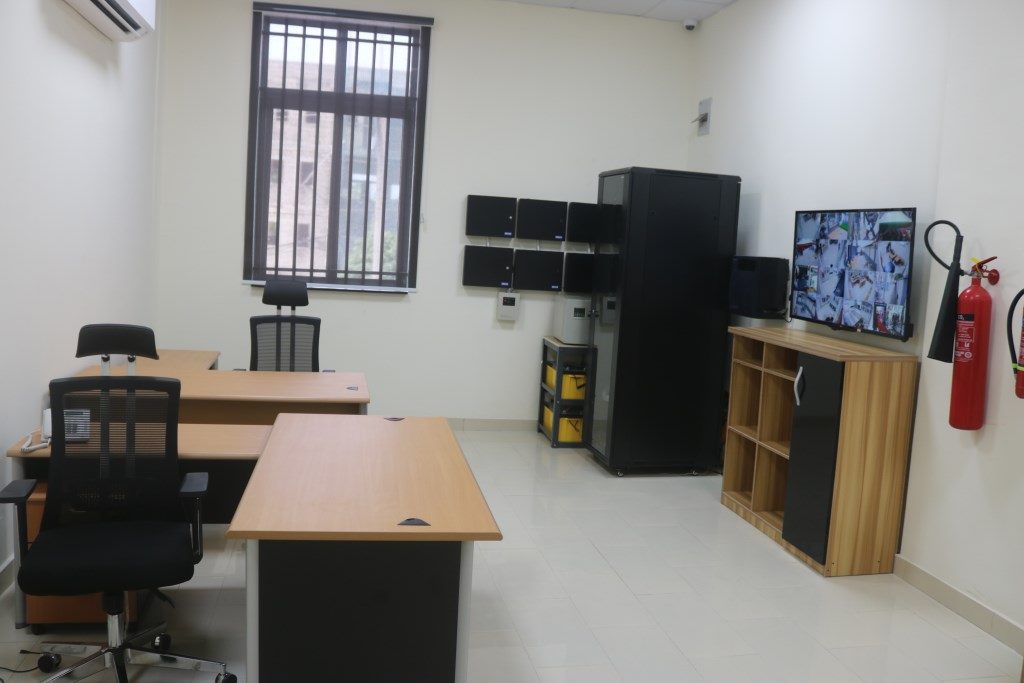 Giving details about the facility, Governor Ambode said the edifice was fitted with modern equipment which will convert all physical payment vouchers and supporting documents into electronic form and subsequently stored to aid easy and seamless archiving as well as retrieval of security documents, saying that the transformation would go a long way to ensure that the State’s public financial information management system was in line with leading practices across the world. 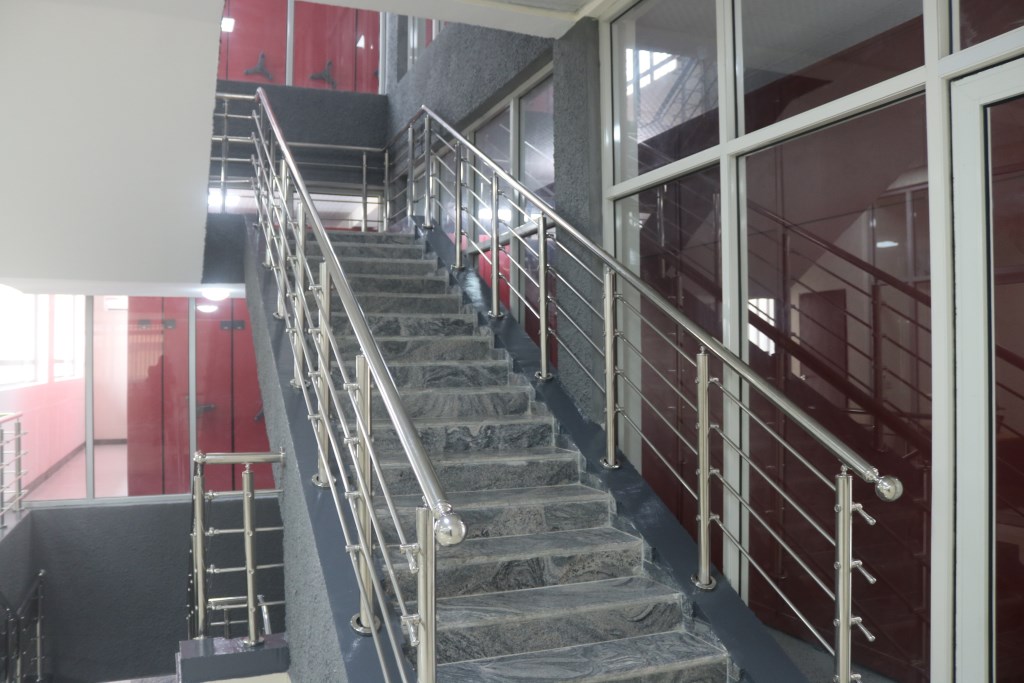 “By transitioning from manual to an electronic system of archiving and retrieving vouchers and other supporting documents, we have demonstrated a commitment to investing in information and communication technology to steer the State on its journey towards a Smart City.

“Asides the electronic storage, this complex also houses an ultra modern staff training facility with the capacity to accommodate 150 persons for treasury staff in the State Civil Service. With the premium our administration places on regular capacity development, this training facility became imperative and would provide the conducive environment for in-house technical training of finance and account officers which will no doubt enhance the productivity and quality of output as we continue to build the technical capacity of our staff,” Governor Ambode said. 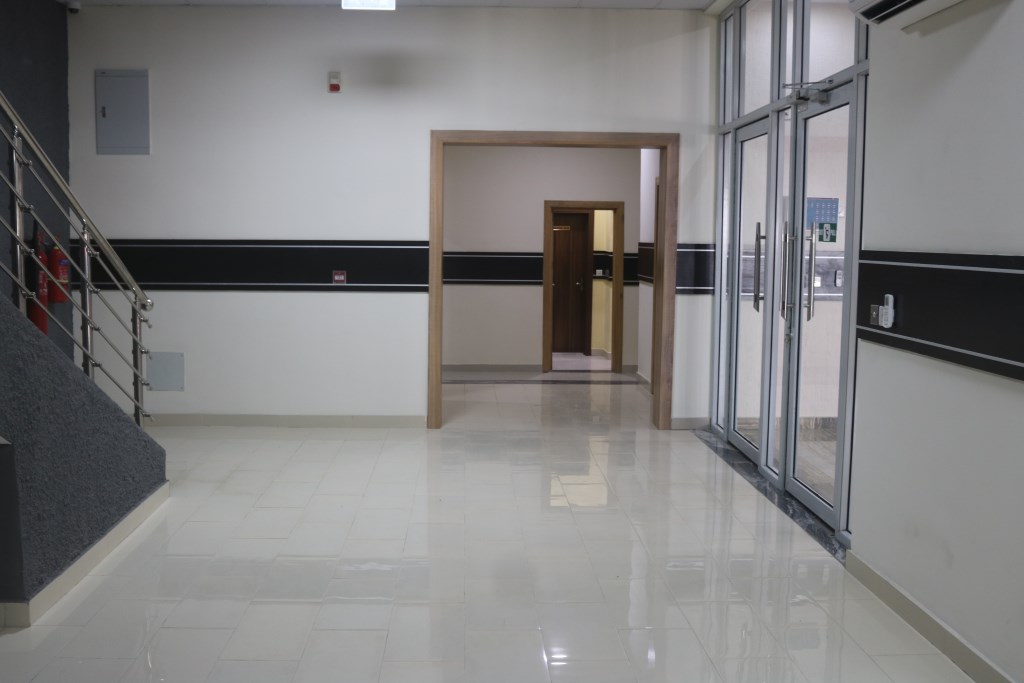 Earlier, the Governor commissioned the dualised Bisola Durosinmi Etti/Hakeem Dickson Road, Lekki in Eti-Osa Local Government Area of Lagos, saying that his administration only prioritized renewal and development of road infrastructure but utilised an all-inclusive approach that has touched both rural and urban areas in the State. 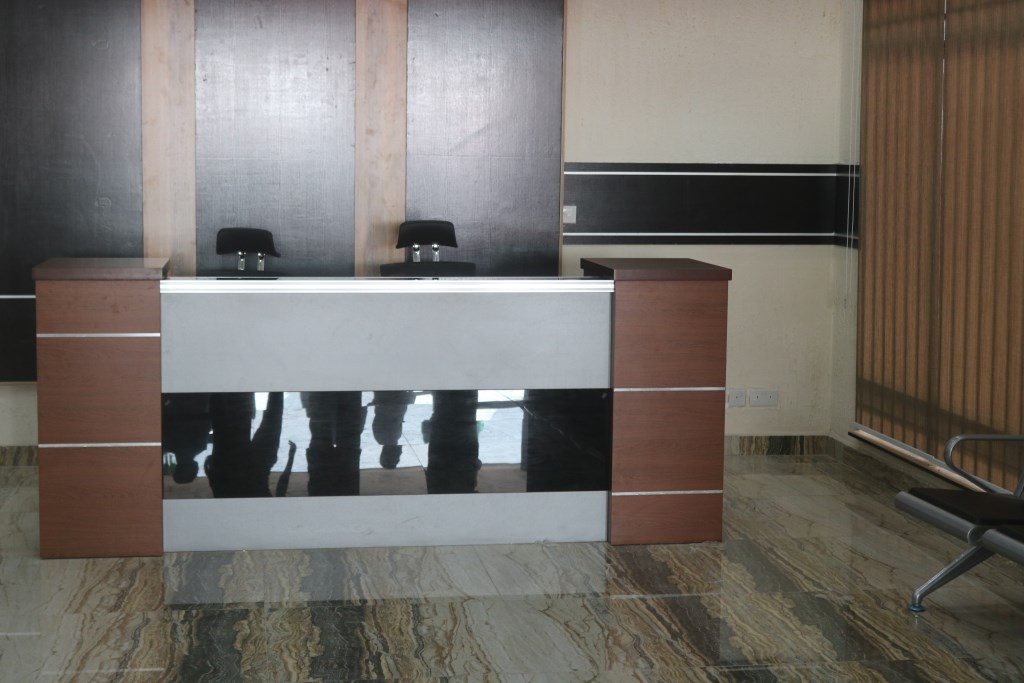 Represented by the Commissioner for Works and Infrastructure, Engr. Ade Akinsanya, the Governor said his administration had given the axis the attention it deserved in terms of infrastructural development considering its proximity with the Lekki Free Trade Zone.

“Our passion and focus on this corridor was anchored on the reality that this axis is the new Lagos and Lekki Phase 1, in particular, is the gateway to the biggest free trade zone in the whole of West Africa” 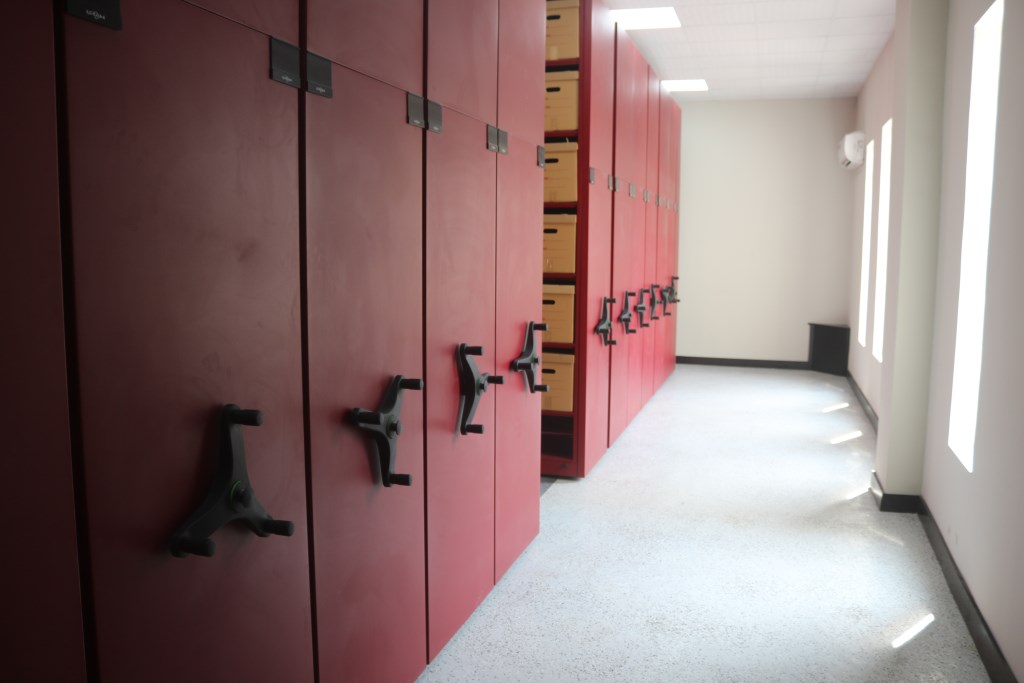 “In deciding to upgrade Bisola Durosinmi Etti Drive and Dickson Road, we took cognizance of the need to create additional access to Lekki Phase 1 and improve the traffic along Lekki axis. This I believe will ultimately uplift and add value to the surrounding environment,” he said.

He said before the projects commenced, the roads were in bad shape as they were riddled with potholes which impeded the free flow of traffic, adding that it caused the residents a lot of stress with attendant effects on the many business outfits that operate within the area. 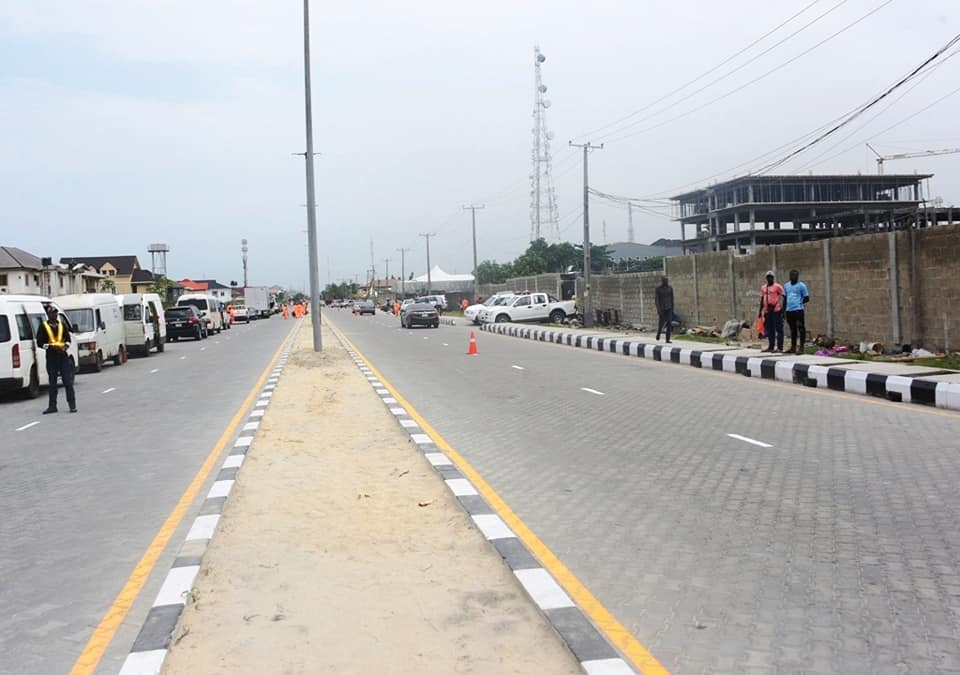 The Governor expressed appreciation to Lagosians for their prayers and support particularly in the discharge of their civic responsibility through the payment of taxes, while urging them to extend the same hand of cooperation to his successor, Mr. Babajide Sanwo-Olu.

In his remarks, Chairman of the Lekki Phase 1 Residents Association (LERA), Mr. Kayode Otitoju who spoke on the projects, commended the Governor saying that the road has transformed the axis and upgraded their standard of living. 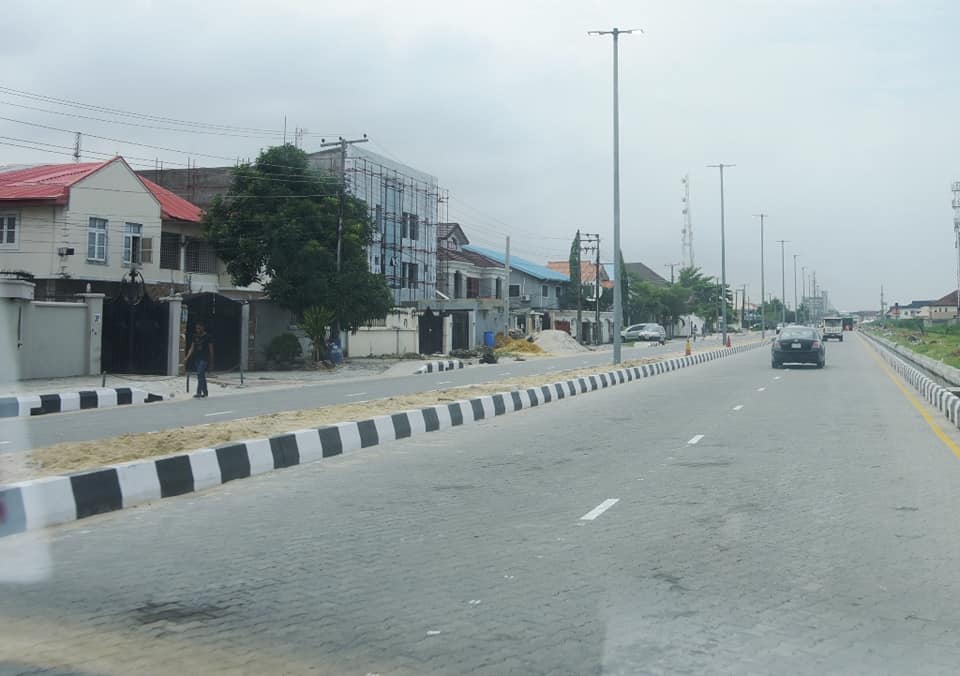 He recalled that it was also during the administration of Governor Ambode that the Freedom Way and Admiralty Way were constructed, adding that the projects were executed with high standard engineering reflecting, durable interlocking stone, good drainage street lights and other modern road infrastructure.

“We all knew how the two roads were before now and can see the positive change, which would now be used to manage the corresponding increase in human activities, especially, the high volume of human and vehicular traffic, including commercial activities.

“We are grateful for all you have done for us in this community especially the location of the LRU within Lekki to respond to emergencies and the periodic cleaning of shanties by the Lagos State Government Special Task Force on Environment. The evacuation and rehabilitation of juvenile delinquents by the Ministry of Youth and Social Development cannot go unmentioned.

“On behalf of the Board of Trustees; the Executives and all the residents of Lekki Peninsula Scheme 1, I say thank you and farewell to you, our indefatigable Governor Akinwunmi Ambode,” Otitoju said.

Lagos State Governor, Mr. Akinwunmi Ambode, on Monday approved the immediate lifting of the embargo on the grant of planning permit for the construction...
Read more

The Governor of Lagos State, Mr Akinwunmi Ambode has enjoined all Lagosians to always work together and pray for peace and development of Nigeria,...
Read more