Founded in 1955 the UEFA Champions League is an annual club soccer competition organized by the Union of European Football Associations (UEFA). Each year these teams duke it out for the coveted title of UEFA Champions. As football is the most watched sport in the world, the competition is one of the most globally recognized sporting events and the most prestigious tournament. This year’s competition took place in Madrid, Spain with 2 English teams vying for the win; Liverpool FC and Tottenham Spurs. 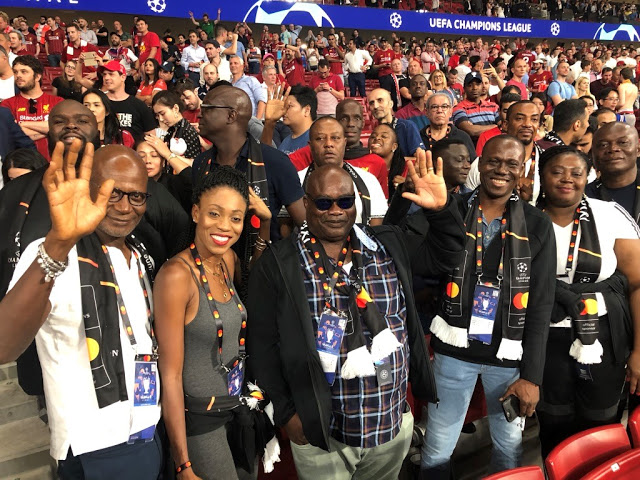 The United Bank for Africa (UBA), in partnership with leading global payments and technology company, Mastercard, rewarded 9 lucky UBA Platinum Mastercard holders and their companions with an all-expenses-paid trip to Madrid to watch the match, meet players and tour the city of Madrid. The experience was nothing short of amazing as the Mastercard team careful curated meaningful and relevant excursions for all guests. The customers not only experienced the rich cultural Spanish heritage in Madrid but they also got the opportunity to meet and dialogue with Football legend, Luis Garcia. 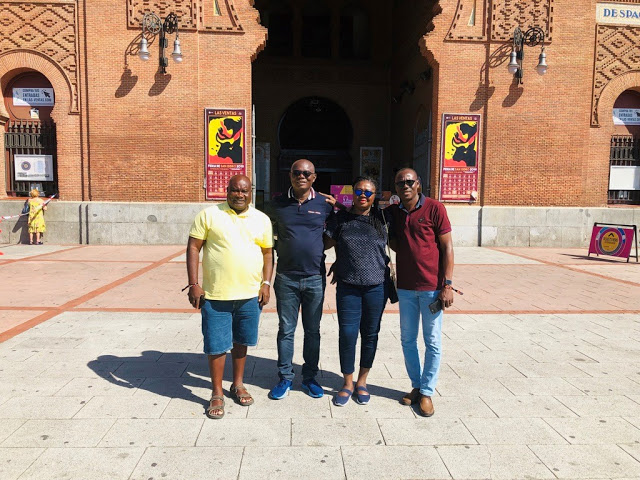 As game day approached, the city of Madrid buzzed with anticipation of what was to come.

UBA customers showed up to the area in style with branded gear that set them apart from the pack. As our guests located their seats the electric excitement from the stadium was a pleasant yet overwhelming feeling. Excited fans from Tottenham and Liverpool filled the entire area. Our customers watched on the edge of their seats as Liverpool scored 2 goals, earning them the UEFA Champions 2019. 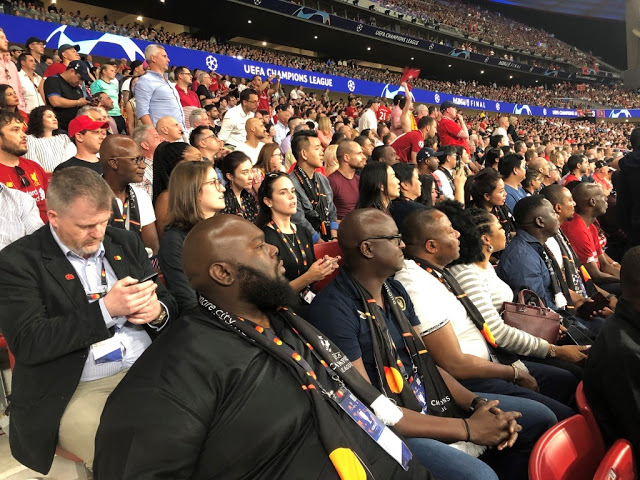 The next day a group of customers convened to explore the city together and share a meal. During that time, they spoke about how grateful they were to Africa’s Global Bank for selecting them for such a trip. They discussed the uniqueness of the United Bank for Africa being able to send Africans from Ghana, Liberia and Nigeria to the games and were appreciative to the bank for its excellent service and continued support. 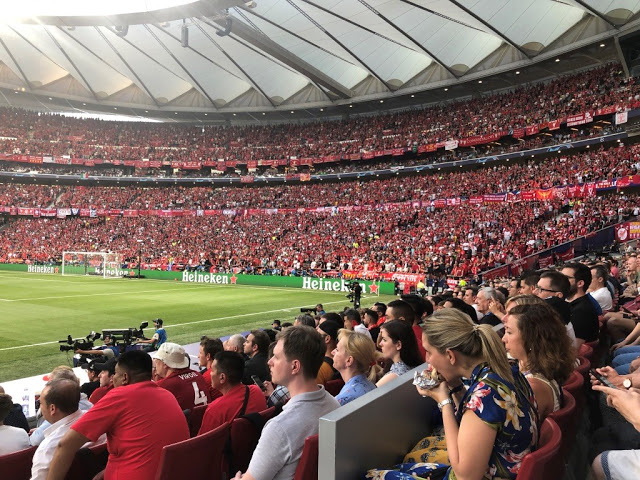 John Kwaku Amaglo said that “I will always bank with UBA. UBA is the life of my company and I say it without any reservation.” Victor from Kohblah Avah of Ghana, who accompanied a UBA customer also mentioned that although currently does not bank with UBA, the experience with the UBA brand on the trip was so pleasant that when he does go back home, he will open an account.

“The UEFA Champions League is the most sought-after trophy in the club football competition, and one of the most followed sporting spectacles in the world. To this end, we decided to partner Mastercard and UEFA in bringing the most iconic and cherished moments in the history of football to our esteemed and loyal customers who are the reason we are so successful.” Says Group Head of Marketing, Dupe Olushola. 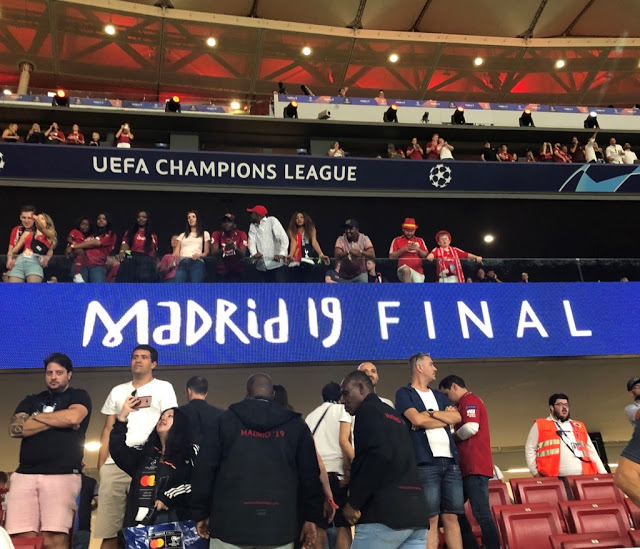 - Advertisement -
Read Also:  Social Insights into African Commercial Banks: Nigeria is the Most Competitive Market for Gaining Share of Voice

Overall the trip was a huge success. Our esteemed customers returned to their respective countries raving about their experience with UBA in Madrid and many joked about the prospect of ensuring continued use of their UBA Platinum Mastercard so they stand a chance to win again next year.

United Bank for Africa Plc is a leading pan-African financial services group, operating in 20 African countries, as well as the United Kingdom, the United States of America and with presence in France.

The Youth in Agribusiness office of CGIAR-IITA is partnering with the Mastercard Foundation in Nigeria to implement the Young Africa Works strategy. A joint media release on...
Read more

Brazil’s Central Bank suspends use of WhatsApp for payments

Brazil’s Central Bank has ordered Visa and Mastercard to suspend support for payments over WhatsApp. The bank said in a statement that the new money...
Read more

After the confirmation of the Premier League resumption o 17 June, The Fantasy Premier League is open again for FPL managers to prepare for...
Read more

Pan African Financial institution, United Bank for Africa (UBA) Plc has rewarded another set of 100 loyal customers with a total of N10m in...
Read more
- Advertisement -