Fake News: A Global Epidemic Vast Majority (86%) of Online Global Citizens Have Been Exposed to it

The findings of a recent Ipsos survey conducted on behalf of the Centre for International Governance Innovation (CIGI) reveal that fake news is very much a global epidemic and that its impact is widespread. The poll of over 25,000 interviews in over 25 economies finds that well over four in five (86%) online global citizens believe they’ve been exposed to fake news. Among them, nearly nine in ten (86%) report having initially believed that the news was real, at least once. Indeed, the results suggest that misinformation is woven deep within the fabric of social media, most notably on Facebook, where as many as two-thirds (67%) report encountering fake news. Other common sources of fake news include social media platforms more generally (65%), websites (60%), YouTube (56%), and television (51%). 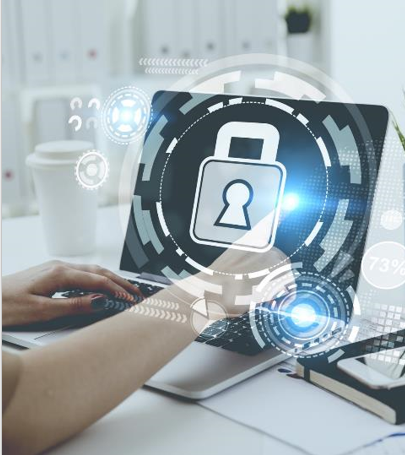 The vast majority think fake news is made worse by the Internet (87%) and negatively impacts political discourse in their country (83%). Among those who feel it has negatively impacted politics in their country, there is plenty of blame to go around when it comes to the source of fake news, with a multitude of economies viewed as being responsible for its disruptive effects, led by the United States (35%), Russia (12%), and China (9%). There is considerable variation by the economy, however, with Canadians (59%), Turks (59%), and Americans themselves (57%) among the most likely to hold the US responsible. By contrast, those living in Hong Kong (39%), Japan (38%), and India (29%) are most likely to blame China, whereas citizens of Great Britain (40%) and Poland (35%) most frequently cite Russia. Online trolls (81%) and social media platforms (82%) are most commonly identified as the actors responsible for spreading fake news, though governments (own government: 68%; foreign governments: 71%), social media (75%) and regular Internet users (72%) are also thought to play a part.

It’s not surprising then that most global citizens back countermeasures aimed at curbing fake news, particularly ones involving social media, with well over four in five supporting the termination of social media and video sharing service accounts linked to fake news (84%) as well as the removal of fake news posts or tweets, on social media and video sharing service sites (85%). The vast majority (87%) also support better education for Internet users on how to identify fake news. Although many would like to see more done, figuring out who should police and determine what constitutes fake news poses a great challenge. There is no clear consensus as the highest proportion feel this should either fall under government jurisdiction (17%) or be the responsibility of Internet users themselves (16%). Twelve percent (12%) think social media companies should have a role, as an adjudicator of this. Some have already taken matters into their own hands, as two in ten (20%) report having reduced their social media usage or used a news fact-checking website (24%) in response to fake news, while around one in ten unsubscribed from traditional media outlets (12%), used the Internet less often (11%), and closed their Facebook (8%), Twitter (6%) or other social media accounts (9%) completely. More commonly, however, global citizens say that fake news has reduced their trust in media (40%) and government (22%).

While cybercriminals continue to be the leading source of distrust in the Internet (at 81%; +1 pt), among the one in four (26%) global citizens who say they do not trust the Internet, there has been a significant year-over-year increase in the proportion who cite social media companies (75%; +5) and search engines (65%; +5). And while the lion’s share of this increase has been driven primarily by the Middle East & Africa (social media: 80%; +14 & search engines: 70%; +16), North Americans continue to be far more likely to view social media (88%; +6) and search engines (74%; +4) as contributing to their distrust.

Half (49%) indicate that their distrust on the Internet has compelled them to disclose less personal information online and sizeable proportions say they will take greater care when securing their device (40%) and use the Internet more selectively (39%) because they do not trust it.

Given the increased scepticism towards social media, it’s perceived role in the transmission of fake news, and as a source of Internet distrust, it should come as no surprise that three-quarters (78%) of global citizens are concerned about their online privacy, and a majority (53%) say they feel more concerned about this, compared to just a year ago. Fewer than half are confident that any of the algorithms they are using are unbiased, with social media news feeds ranking the lowest (at 32%), on this metric. Similarly, only about half (48%) agree that their government does enough to safeguard their online data & personal information, with citizens in the European (45%), North American (38%), and G-8 economies (39%) among the least likely to agree with this statement.

Perhaps heightened levels of concern vis-à-vis online privacy can be traced to a perceived lack of awareness about data protection and privacy rules. As it currently stands, just two in five (44%) would self-assess themselves as being at least somewhat aware of the data protection and privacy rules in their economy, with citizens in developed economies such as Japan (16%), Canada (26%), and Australia (31%) scoring among the lowest, on this metric.

To help ease some of these concerns, better product security and more specifically, product certification markings are becoming increasingly important. Over the past year, there has been a significant increase in the proportion of global citizens who feel that product security certification markings are important, when buying products (91%; +4). For a product valued at $1k, global citizens are willing to pay as much as 30-35% extra for these markings. Citizens living in developing economies tend to assign the most relative value to such markings.

Better product security, irrespective of certification markings, is clearly important as well. On balance, global citizens are willing to pay about thirty percent (30%) more for better product security, though as many as three in ten won’t pay anything else, figures which are consistent across all Internet-enabled devices, regardless of type. Citizens in developing economies are once again more willing to pay extra for better product security as those in the developed world generally expect strong security, from the onset. Most (73%) global citizens would prefer to have their online data and personal information stored on physically secure servers located in their own economy.

Feeling Left Behind? New Technologies A Mystery To Most

There is a clear consensus, regarding the dark web, as two-thirds (66%) of global citizens would like to see it terminated, including majorities in every economy, despite the benefits cited by its users. Only about one in ten (12%) claim to have ever accessed it, of which a plurality (39%) say they did this in order to remain anonymous online, including over half (55%) of North Americans who have accessed it. Just fourteen percent (14%) of those who have ever used the Dark Web say they use it on a daily basis. Daily usage of the Dark Web is highest in the Americas (North America: 26%; LATAM: 21%) and lowest in the APAC (10%), Middle Eastern & African (10%) economies.

Just one in four (25%) global citizens plan to use or purchase cryptocurrencies, within the next year. Intended use in developing economies, such as LATAM (40%) & BRICS (39%) is about four times higher than in the more developed economies of Europe (11%), North America (11%), and the G-8 (12%), more generally.

Finally, most of those who are aware of blockchain technologies think they have the potential to be tremendously impactful, in the future. Within this group, there is an overarching belief (at 67%) that blockchain technologies should be implemented as widely as possible and most think they will affect every sector of the economy (68%) or have an impact rivalling the advent of the Internet (67%). Three in five expect this technology to displace traditional financial services (61%) and think it should be used in both national (60%) and local elections (59%). Slightly fewer, though still a majority, expect that blockchain technologies will displace traditional government services (55%). Across all metrics, these beliefs are most prevalent in the developing economies of the world.

Committed to the continuous empowerment of the Nigerian financial market and the provision of uninterrupted services to all stakeholders,...
Read more
Business & Economy

The Manufacturing Purchasing Managers’ Index (PMI) for May dropped to 42.4 from 51.1 points in March. This is the lowest since April 2017. The...
Read more
Brand News

While most people take having a fixed, physical address for granted, 2 billion people across the globe either don’t have an address or have...
Read more
Brand News

Can a WhatsApp message be considered a binding contract?

In the era of social media and instant messaging, the courts are constantly challenged to develop the common law to accommodate the ever-changing environment....
Read more

The shady bunch return on episode 2 of season 3 to tackle some of the social media's biggest mishaps and shameful situations. They discuss...
Read more