The Hyundai Kona was conferred Best-in-Class Subcompact SUV by the New England Motor Press Association (NEMPA). This points the second year in a series that Kona has been acknowledged by NEMPA in its Winter Vehicle Awards.

“Kona continues to rack up awards as a testament to its product excellence,” said Mike O’Brien, vice president of Product, Corporate and Digital Planning, Hyundai Motor America. “Kona sets the benchmark for its segment, with a 1.6L Turbo combining outstanding efficiency and robust power along with cutting-edge connectivity and class-leading available safety features.” 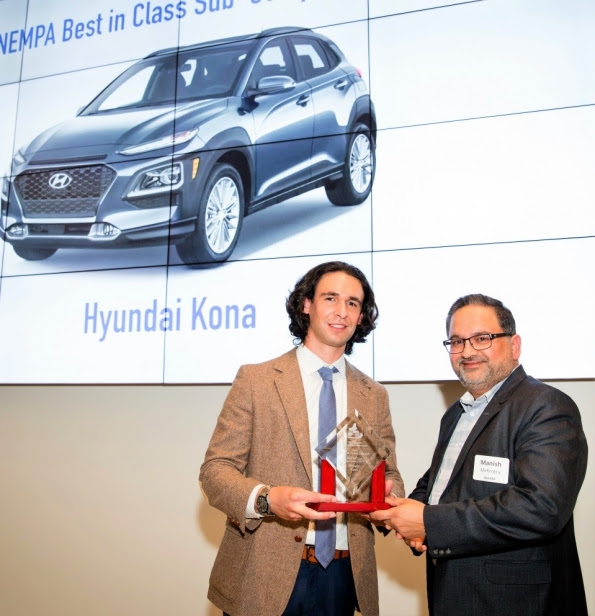 NEMPA members evaluated numerous vehicles during the winter months to determine which prove their ability and agility in some of the toughest driving conditions and in one of the most densely populated and geographically-distinct regions in America. Vehicles selected for the Winter Vehicle Awards offer a combination of winter-specific features and options plus the dynamic qualities that make for safe, enjoyable, and competent all-weather driving. The Kona was specifically called out for its confident handling and winter-friendly amenities by NEMPA members.

Read Also:  How The World Sees You: Lessons In Personal Branding
- Advertisement -

Kona continues to be recognized for all-around excellence by the industry. In 2019, Kona has been named North American Utility of the Year®, a Car and Driver 10Best Truck and SUV, Crossover of the Year by Texas Motor Press Association and Best Subcompact SUV for the Money by U.S. News & World Report.

Hyundai Wants To Make Sure Drivers Check the Back Seat

Hyundai Motor Company and Sony Pictures Entertainment today announced they have entered into a unique and unprecedented multi-picture promotional partnership that will feature the automaker’s new models and technologies in upcoming...
Read more

As the class of 2020 enters one of the most difficult economic climates in recent history, Autotrader lists the Hyundai Kona among the 10 Best Cars for...
Read more
- Advertisement -