Lagos was introduced to a different kind of fun over the weekend courtesy Budweiser with its second edition of BUDXLagos, a global programme that connects and spotlights outstanding creative minds in music and pop culture from around the world. Focusing on exciting emerging scenes – from Tokyo, Ho Chi Minh, Lagos and beyond – BUDX delivers the absolute best that these cities have to offer across cultural hot points, including music, art, technology, fashion, film and entertainment.

BUDXLagos has with its two editions successfully created a platform that not only encourages Nigerians to express their inner fierceness, it also makes room for them to hang out with their favourite superstars, affording them the opportunity to ask such stars questions they may never have had the opportunity to pose. In conjunction with Mixmag, Budweiser succeeded at creating an atmosphere of good music, fun games and a great tasting beer for LDA’s who welcomed the new and exciting experience. 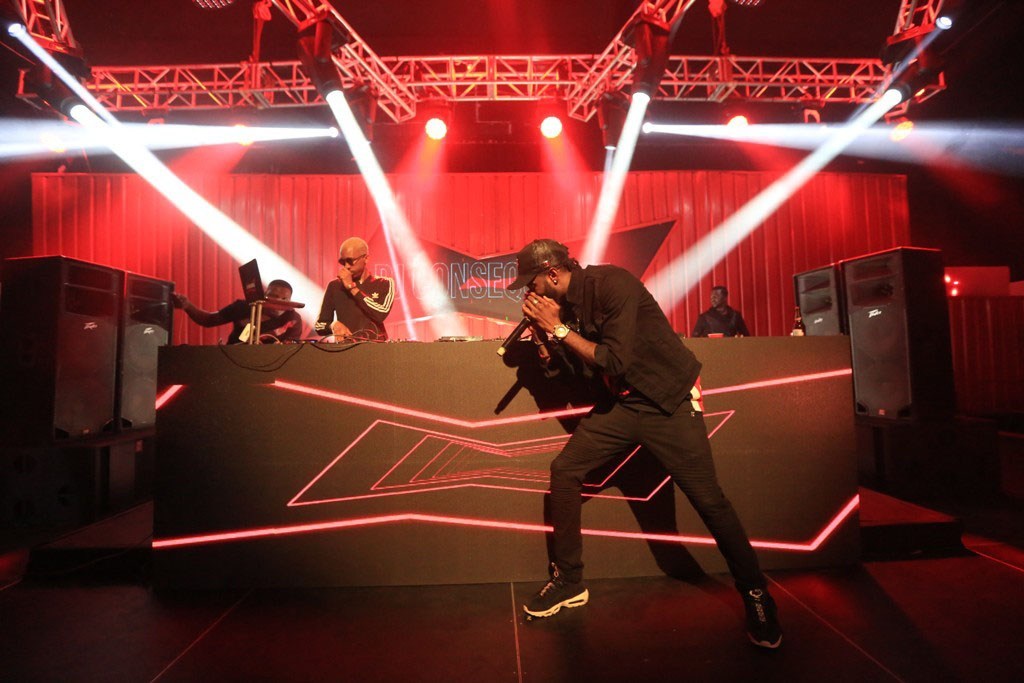 Split into Day Time Programming and Night Time Programming, participants were greeted with a blend of mind-boggling experiences, including homegrown artistes who shared insights on several topics around music, fashion, Nigerian culture, Nollywood and women thriving in entertainment via carefully curated sessions.  These sessions saw celebrities like Banky W, Adesuwa Etomi, Toke Makinwa, DJ Obi, DJ Lambo, Reminisce and Teni The Entertainer, among others, shed inside information on how to become a successful entertainer in Nigeria’s super competitive entertainment industry.

Teni, for instance, talked about her family being her biggest obstacle when she decided she wanted to go into music full time. According to the “For Your Case crooner”, their reasons were simple, her older sister was already a popular singer and one entertainer in the family was already one too many. She explained how she pushed through and eventually won them over with the success of her career.

Read Also:  The Best Outfits You Need If You’re A Tall Girl

Adebayo Oke-Lawal, Creative Director and founder of Orange Culture opened up to participants about his motivation for starting such a unique brand and the challenges he faced. According to the fashion designer, the hate he received only proved to him that there was an intense and urgent need to change the narrative of the metrosexual male whose fashion voice was being drowned in Nigeria. “I was bullied because I dressed differently, liked colours that weren’t considered for men, my voice was too thin. Orange Culture became a brand that was created to be a home for people who saw masculinity in a different light”

Toke Makinwa, the self-acclaimed Baby Girl for life, tackled the issue of unequal pay in entertainment and a total disregard for the female gender. She explained however that one simple way to overcome the unfair treatment of women in entertainment is to become exceptionally good at your craft that no one sees you as a female on-air personality, a female DJ, or practically a female anything. The prefix disappears because you are simply the best among men and women.

Read Also:  How To Grow Your Personal Brand In 8 Steps

At the end of the daily sessions, guests were ushered into a hall at Queen’s Park, Lekki, which had been transformed into a concert with strobes, free cold beers and popping music. It was impossible to sit with disc jockeys like DJ Obi, DJ Nana, DJ Jillionaire, DJ Crowd Kontroller and the others holding down the musical forte, guests going wild on the dance floor dancing to their unique mesh of oldies and new hit songs that got people off their seat, busting a move.

Continued exposure to lead particles will inherently end up causing a bunch of health issues that you can easily...
Read more
Business & Economy

71% of households do not have evidence to prove the ownership of their homes, according to the Nigeria Living Standards Survey (NLSS) report by...
Read more
Business & Economy

The Nigerian Stock Exchange hereby informs the general public that the companies listed below have failed to comply with The Exchange's directive to issue...
Read more
- Advertisement -

How To Grow Your Personal Brand In 8 Steps

What do Tiwa Savage, Genevieve, D’banj, Davido, Toke Makinwa, Ebuka Obi-Uchendu all have in common?  Besides their multi-million- naira worth of Social Media followers,...
Read more

Toke Makinwa just started fashion season off on a great note as she took it to the next level with this sensational outfit to...
Read more