The Better Life Billionaire Promo (or “BLB Promo”), a novel initiative of NNB Capital & Investments Limited, a financial and investment advisory firm, has been officially launched in Nigeria.

The maiden edition of the Better Life Billionaire Promo, a unique promotional lottery campaign is set to change lives of Nigerians for the better, irreversibly, says the Director of the Campaign, Mr. Celestine Achi. 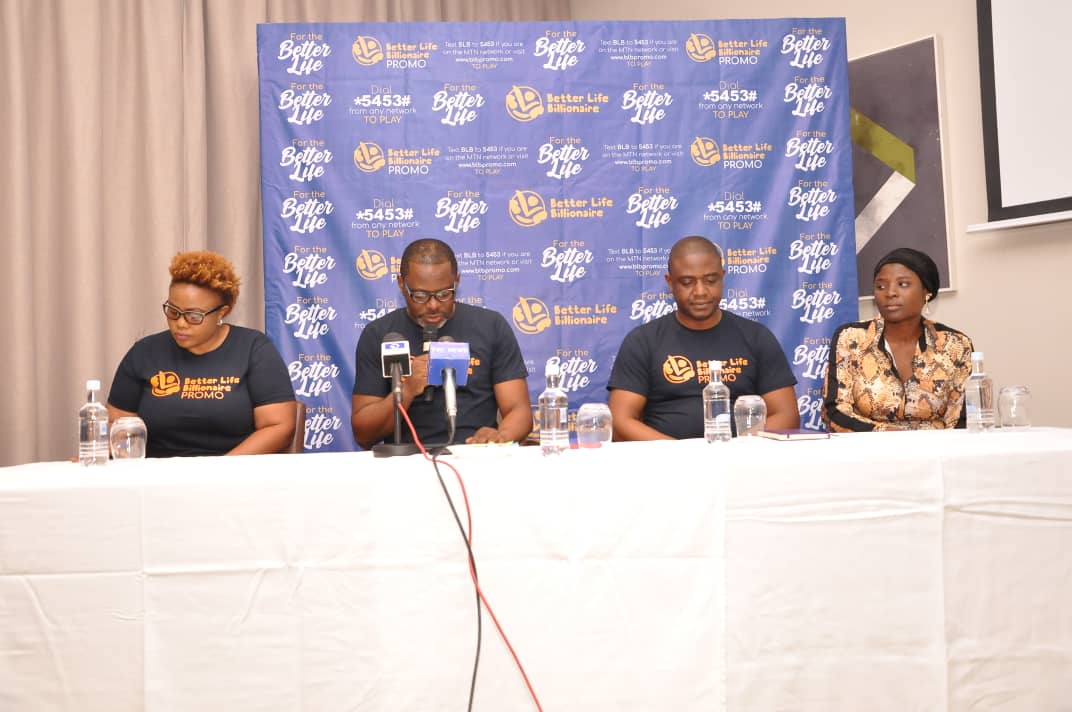 According to Mr. Achi, “the BLB Promo is not the only novel in its idea but also its prizes are unprecedented as participants stand the chance of being one of 10 people to win N5 million each, every week or the lucky winner of the N200 million grand prize in the 13-week campaign”.

In his words: “The Better Life Billionaire Promo (or “BLB Promo” in short), is a novel initiative of NNB Capital & Investments Limited, a financial and investment advisory firm, that that develops creative financing schemes, and deploys same to facilitate socio-economic development in Nigeria through the facilitation of execution of key Infrastructural Projects in the country while improving the welfare of Lucky Nigerians. 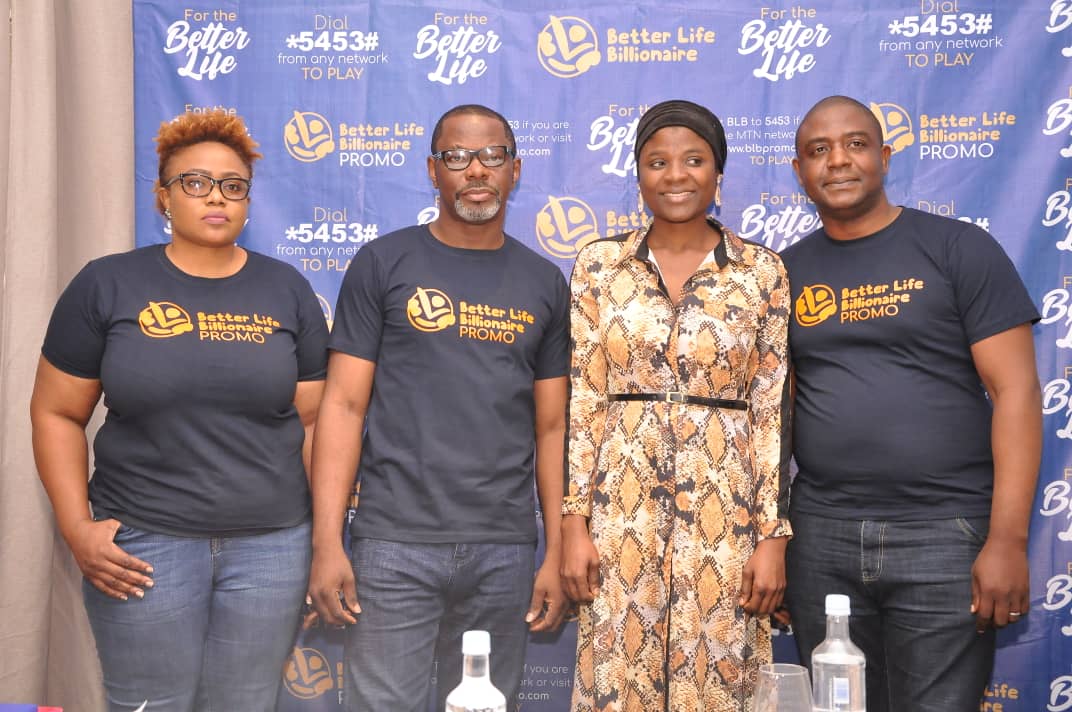 “It is in line with the above that the Company created the BLB Promo with a vision to ultimately: Make Nigerians “irreversibly” wealthy and facilitate the provision of key infrastructure in the country.

“The Project has been organized like a classic lottery system, where Nigerians, of specified demography, will participate by playing for record-breaking Prize-winning”.

In addition, the Mr Achi said that the Promo has introduced features of additional care, support and guidance into the Prize-winning which will enable the Winners to sustain and grow their new wealth, thereby ending the trend of Lottery Prize winners reverting to poverty after their winnings are mismanaged.

But not only does the Campaign benefit individuals, but it also seeks to support the development and improvement of infrastructure in the country.

“In addition to individual winners, the Project will also identify Community Winners at which needed infrastructure projects will be determined and financed from the Project returns.”

Speaking further on why the initiative was unveiled, the BLB Promo Coordinator, Maxwell Chinonso, said that it was part of efforts to support the Government’s wealth creation agenda by providing alternative solutions to the nation’s economic problems outside of government.

He said, “Our country and our people have great potentials to be even greater than we are. But our present circumstances are pulling us back. The poor state of infrastructure in Nigeria is a major reason for slow economic development. When there’s no infrastructure, there’s no investment – both local and foreign investments. Cost of doing business is high, profit is eroded and businesses fold up, unemployment is high, leading to poverty and instability.

“Nigeria requires $3 trillion in the next 30 years to fix its infrastructural deficits which translate into an annual investment of $100 billion into infrastructure by the Federal Government. But our government can hardly finance this, even if there is no corruption! Even if you add an available pool of investible funds from local institutional investors – PFAs, etc, it is simply not enough. The total

Read Also:  Proven To Be Safe – The New Mercedes-Benz EQC

Pension FUM is insufficient to fund even just the annual requirement of the nation’s infrastructural needs alone.

“Also, our youth are unemployed and broke. And when the occasional windfall comes, they don’t know how to invest and manage their resources, to grow it and become even more successful.

“It is in view of the above, that we see that the Government needs help and we can support by providing alternative solutions to the nation’s economic problems outside of government”, Chinonso explained

Reeling out what The Better Life Billionaire Project seeks to achieve, she said that the twin objectives are: “Making billionaires of young Nigerians, through the Promo and assisting them with proper guidance on investments to ensure that they sustain their new wealth and help create wealth for others; and also help bridge gaps in infrastructure by using Promo proceeds as seed funds for infrastructural projects in communities within the nation.

Mr. Achi, the Promo Director concluded, “It is our belief that the BLB Promo will set a new path for the creative engagement of our people and our communities, making direct positive socio-economic impacts and also make people have fun and entertainment in the process”.

To be part of the Campaign, Mr. Achi continued, “You have to dial the USSD code *5453# on the networks of MTN, Airtel & 9Mobile. If you are an MTN subscriber, you can just text BLB to 5453 and play by text to win. Asides the above, everyone can also play by just visiting the website: www.blbpromo.com.

“Winners will be contacted through phone calls and SMS and are rewarded with their cash prizes, including options of investments and assets that continue to generate income and wealth”.

The occasion which was witnessed by Special invitees, the representatives of the industry regulators, technical and media partners, amongst others, featured a demo on how to participate in the campaign which runs from August to November 2019.

BLB Promo is a promotion of investment education and financial literacy and has the Permit of the National Lottery Regulatory Commission (NLRC) and Lagos State Lotteries Board (LSLB) and the Nigerian Communications Commission (NCC). Its technical partners include MTN, Airtel, 9Mobile, MTech Communications, Paystack and Sponge Limited. Its media partners are Dare Create and Red Wo.1f on the campaign.

Union Bank has once again delivered on its promise to reward customers who save diligently with the UnionKorrect range of accounts. A total of 345 Union Bank...
Read more

Legendary ex-Super Eagles footballer and former Assistant Manager of the Nigeria National Football Team Daniel Amokachi A.K.A "The Bull" was on Thursday unveiled as...
Read more

The Nigeria Employers' Consultative Association (NECA) has expressed its shock and utter dismay at the gruff actions and jungle behaviour of Mr Lanre Gbajabiamila,...
Read more

For years, mobile payments failed to take off in Nigeria as they have in countries such as Kenya, where Safaricom’s M-Pesa money transfers have...
Read more
- Advertisement -