Chairman of the Zinox Group, Leo Stan Ekeh has described Akwa Ibom as a miracle state, even as he heaped praises on the current administration of Gov. dom Emmanuel.

Ekeh made this disclosure while addressing guests at the 1st Akwa Ibom Education Summit and Exhibitions hosted by the state government. The two-day event was hosted at the MbohoMkparawa Ibibio Hall, Uyo on September 5th and 6th, 2019.

Ekeh affirmed that the unique peculiarities of the state and the leadership records of Gov. Emmanuel were solid distinguishing factors.

“Akwa Ibom is a unique state. It is rare to find a state blessed with so much natural and human resources and on top of it, you have a governor who has seen it all in the corporate sector. Furthermore, the quality of the men and women that make up the State Executive Council is further proof of this. Indeed, the appointment of sound technocrats like the Secretary to the State Government (SSG), Dr Emmanuel Ekuwem, by the governor further demonstrates his courage and confidence in the direction he wishes to take the state. 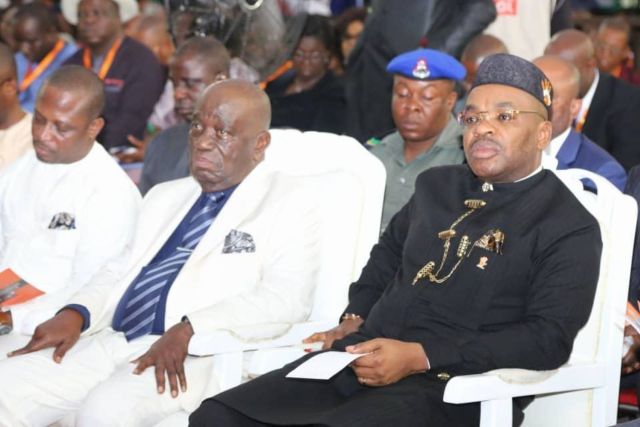 “If you consider the various indices, it is fair to say that Akwa Ibom is an emerging miracle state. The average Akwa Ibom native is a humble, service-oriented person. These qualities make the state fertile ground for potential investors and other customer-facing organizations and business units.

The serial digital entrepreneur, who spoke on the topic – Impact of Technology on Education – urged the governor to set up a digital resource centre that will re-train teachers and fresh graduates.

“You need to build a digital culture but you cannot teach what you do not know. The first process in digital education is to empower those who can deliver it to do so. This resource centre will double as a finishing school that will equip beneficiaries for the 21st Century. With this in place, I can get superior brains to deliver sessions from their various locations around the world via Telepresence at no cost to the state government. The people need to see the global picture,” he enthused.

Additionally, Ekeh announced a special programme for Akwa Ibom indigenes. The programme will run from Monday, September 23rd till Friday, October 4th 2019 and will afford participants a rare opportunity to acquire various digital tools and devices at highly subsidized rates.

Read Also:  TD, A Company You Can Trust - Peter Obi

Meanwhile, Ekeh showered encomiums on the Akwa Ibom governor, Emmanuel. The governor was at the venue of the event right from commencement at 10 am until 6 pm when the day’s event came to an end on Thursday.

“This demonstrates the hunger, stamina and capacity of the governor and his determination to get things right. With a man like Udom in charge, Akwa Ibom does not need the Federal Government to survive. When you have a man that is humble, willing to work and spiritually close to God, the results will be a resounding success. Also, I see sanity in the state, even on my way to the venue. There is also the neatness that the state is famous. However, these ideals must be sustained.”

Also speaking at the event, Governor Udom Emmanuel expressed gratitude to Ekeh for his attendance at the event. He disclosed that he would work closely with the Zinox boss on the recruitment drive which the latter had revealed he would undertake in the state.

With the theme – Human Capacity Development for Sustainable Transformation of Persons and Society – the well-attended summit attracted corporate egg-heads, dignitaries from the public service and stakeholders from the educational sector.

The event sought to provide a platform for teachers, principals, policy-makers, education officials, parents and students to consider how to move the educational system closer to the ideal of giving every Akwa Ibom child an equal chance to succeed. Further, the summit provided opportunities for networking, sharing of ideas and collaborations on how to address localized issues and concerns.

The majority of the Board of HealthPlus Limited on Friday, September 25, 2020, issued an instruction terminating, for cause,...
Read more
News

"There's something so special about a woman who dominates in a man's world. It takes a certain grace, strength, intelligence, fearlessness, and the nerve...
Read more

A 20-member committee put together by the Akwa Ibom State government to reposition the state for the post-COVID-19 economy has submitted its report to...
Read more

How Nigeria Can Turn Almajiris To Millionaires – Ekeh, Zinox Boss