The manufacturers of Nigeria’s leading apple drink, La Casera Apple Drink have announced the launch of a new Under The Crown Consumer Promotion tagged REFRESH & CONNECT. The consumer promotion was flagged off on Thursday, October 10, 2019, at The Sojourner by Genesis Ikeja, Lagos. The promo is aimed at rewarding the consumers and to further strengthen the existing bond with the consumers while also reinforcing its brand positioning as a major player in the CSD category.

Flagging off the consumer promotion at the well-attended event, the Managing Director of The La Casera Company (TLCC), Mr Chinedum Okereke, in his keynote address explained that the La Casera Refresh and Connect consumer promo is an expression of appreciation to consumers who have remained loyal and committed to the brand over the years. 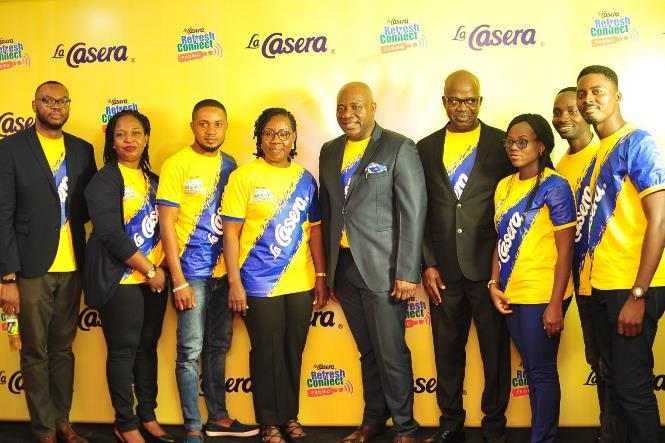 According to Okereke, he stated, “we are in business because our teeming consumers have chosen to remain loyal and committed to our brand, the La Casera Apple drink, which has been in the market for almost two decades. Consumer loyalty is a prerequisite for success in the highly competitive CSD segment in Nigeria, and one of the ways to appreciate that loyalty is by giving back to the consumers in a creative and exciting way.” He stressed further that the Refresh and Connect promo was based on deep insight which reveals that the average Nigerian relish staying refreshed and connected to loved ones, hence the promo idea.

While explaining the idea behind the consumer promotion, the Group Marketing Director, The La Casera Company (TLCC), Mr Emmanuel Agu expressed optimism at the excitement the promo will generate among consumers across the country. He said “with the La Casera Refresh and Connect Consumer promo, the brand is set to further connect with consumers by encouraging them to partake in the promo and win big. Various prizes to be won include Smart TVs, Smart Watches, Laptops, Mobile phones, Bluetooth Headsets, La Casera products and airtime worth millions of naira are all up for grabs. 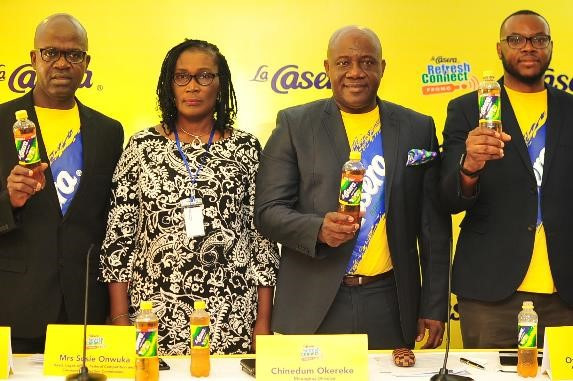 Speaking on the mechanics of the promo, the Group Portfolio Marketing Manager, The La Casera Company (TLCC), Mr Onyeka Okoli, stated, “Consumers are required to look under the bottle cap and text the 8 digits unique code under the cap via SMS to 20055 or via WhatsApp to 09034509330 to win airtime and also qualify to participate in the monthly draws to win other fantastic prizes. He reiterated that consumers who participate up to 10 times each month will qualify and be entered into the Monthly Grand Draw where various prizes will be won. 6 Grand Draws would be held throughout the duration of promo at different locations.”

The promo which will run from 1st of October to the 31st of December 2019 is an avenue for every consumer to enjoy a refreshing bottle of La Casera Apple drink with natural apple taste and also win big.

According to the research data analyzed and published by Stock Apps, Nike’s digital sales increased by a whopping 82%. Digital...
Read more
Business & Economy

The Alibaba stands to make $23.5bn from selling ad inventory across its e-commerce properties this year, a rise of 6.6% from 2019. Warc released...
Read more
MEDIA OUTREACH

Microsoft study: Close to one third of Asia Pacific’s remote and firstline workers are facing increased burnout at work

The La Casera Company (TLCC) took the initiative to reward frontline workers who have risked their own lives during the Covid-19 pandemic. The global...
Read more

The La Casera Company has pledged its support to artisans and technicians in the country in their quest to embrace technology and innovation as...
Read more

Recently, our attention was drawn to a news item in circulation on the social media platform, of an unsavoury and unauthentic claim about The...
Read more
- Advertisement -