These are the world’s most popular emoji according to Unicode

Ever wondered what the most used emoji is? Well, the Unicode Consortium, or emoji overlord if you will, has now revealed exactly that.

“The Consortium has been working to assemble information about how frequently various emoji are used and is making that data available to the public,” the company explained on its website.

In revealing the information, Unicode intends to help people who submit new emoji for approval better understand what users prefer. 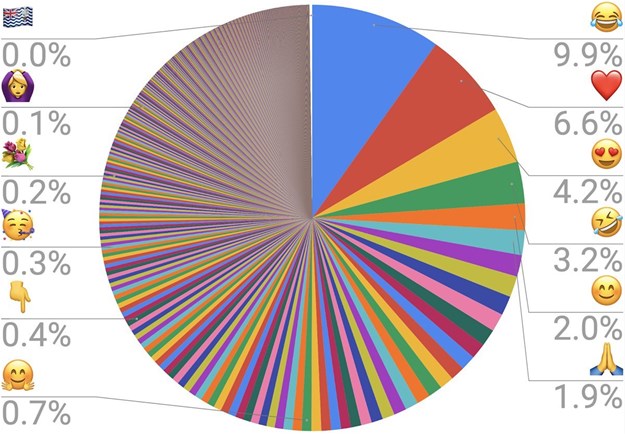 And it turns out, everyone’s favourite emoji is the laughing-cry face, with the red heart following closely behind.

After love and laughter, the heart eyes, prayer hands, crying face, and flame, all take up spots on Unicode’s top three rankings.

Interestingly, the least used emoji are country flags and the couple with children variants.

The Unicode Consortium based the findings on emoji that have been used across various platforms and devices.

A report by Facebook back in 2017, however, revealed that over five billion emoji were sent on Messenger that year.

In more recent times, sites like Emoji Tracker and Emoji Stats both keep live updates of emoji use on Twitter and iOS devices respectively.

Information on both sites confirms that the laughing face and heart emoji remain the most used emoji.

Earlier this year, the Consortium added over 200 new emoji to the Unicode Standard, including a yawn face, hearing aid and waffles.

Nigeria’s leading kids' fruit drink, Capri-Sonne, is aiming to create further brand engagement with the launch of its Express Yourself Campaign. Renowned for offering...
Read more