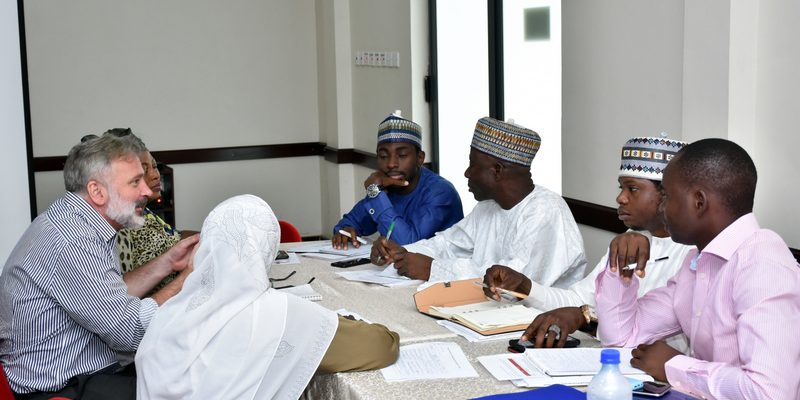 The Governor dropped this hint at a two-day training programme in Ilorin, the state capital, on the implementation of the pilots under the NLTP for state livestock transformation officers and project management officers (SLTOs/PMOs). The training was held between Monday and Tuesday.

“We both have a shared goal of supporting investments in the livestock value chains that will catalyse sustainable economic growth, create more jobs and equip farmers with the necessary tools to thrive in the agricultural sector,” said AbdulRazaq, who was represented at the event by his Chief of Staff, Aminu Adisa Logun. The trainees, drawn from various sectors of the state, were taken through topics like Overview of NLTP; Technical Inputs on Economic Core Pilar; Investment Promotion: the Role of the State Team; and Technical Inputs on Conflict Resolution, Justice and Peace, Humanitarian Relief and Early Recovery.

AbdulRazaq said the government has assembled a robust project management team that will be supervised by a steering committee under the chairmanship of the Secretary to the State Government to fully benefit from the initiative.

He thanked Abuja for supporting the state’s agribusiness agenda, noting that Kwara has no option than to seek ways of increasing the productivity of its dairy and beef in order to remain competitive.

“We believe that strategic collaborations with critical stakeholders in the industry are pivotal to achieving defined and well-tailored objectives and results….We need to significantly increase the productivity of our livestock (dairy and beef) as well as reduce the cost of production if we are to remain competitive,” he said.

“Our cost of production of a kilogram of beef, estimated at $6 per kg, is one of the world’s highest, compared to $4/kg in the Netherlands and $2.5/kg in India.”

He maintained that Kwara needs to transform its “athletic cows” into “business cows” and to create several businesses along the chain to enhance sustainability and profitability.

Senior Special Assistant to the President on Agriculture, Dr. Andrew Kwasari, for his part, said the success of the federal government’s policy on agriculture lies solely on its adoption at the state level.

Stressing that Nigeria’s problem is not about policy formulation but the will to implement it, Andrew said the NLTP needs the critical support of all states of the federation to actualise the objectives.

He commended the level of competence and engagement of the participants, hoping that they will be able to make the NLTP a huge success in Kwara State.

Kwasari commended Abdulrazaq for putting together a vibrant and youthful team which he said was about the youngest he has seen any of the states participating in the programme so far. He also lauded the state government for playing an active role in maintaining a friendly relationship between the farmers and herdsmen in the state.