Alibaba Group shattered its 2018 $30.8 billion Singles Day sales record, raking in $38.4 billion in sales across its platforms during the 2019 11.11 Global Shopping Festival. This reflects an increase of 26% compared to 2018 and is more than six times the amount of online sales made in the US on Black Friday last year. 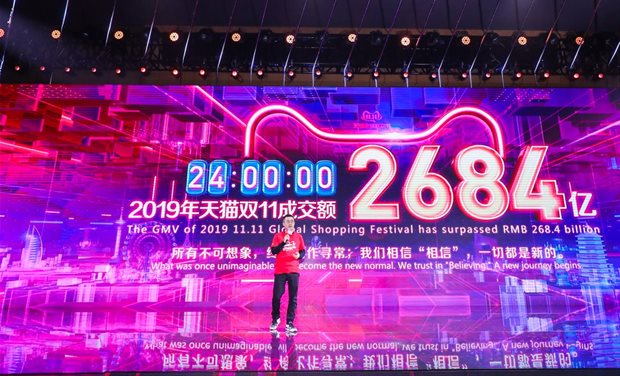 The 11.11 shopping festival began in 2009 with participation from just 27 merchants as an event for merchants and consumers to “raise awareness about the value of online shopping”, according to Alibaba. More than 200,000 brands participated in this year’s event and 1 million new products launched on the day.

Read Also:  E-Commerce In Nigeria And The Battle Against Fake Products

In the hours leading up to this year’s shopping event, Alibaba’s video streaming platform Youku hosted the fifth annual countdown gala, which included interactive performances from Taylor Swift and other international and domestic celebrities. Hosted at the Mercedes-Benz Arena in Shanghai, the gala was broadcast live across nearly 30 platforms and TV channels.

“Today we showed the world what the future of consumption looks like for brands and consumers,” said Fan Jiang, president of Taobao and Tmall. “We are meeting the growing demand of Chinese consumers and helping them upgrade their lifestyles while introducing new users to our digital economy from across China and around the world.”

E-Commerce In Nigeria And The Battle Against Fake Products

To say e-commerce has become a part of our lives is, to say the least. Many of us have had a reason to patronize...
Read more

E-commerce sales hit $25.6 trillion globally in 2018, up 8% from 2017, according to the latest available estimates released today by the UN’s trade...
Read more

COVID-19: E-commerce Companies Cry Out Under Weight Of Restrictions By Govt Security Operatives

At a time when global players in the e-commerce sector have seen the peculiarities of their operations come to the fore in helping governments...
Read more
- Advertisement -