REDTV Set to Host the Biggest Party of 2019

REDTV, the fast-paced lifestyle channel that puts Africa on the global stage is about to host the 4th edition of its annual party, ‘The Redtv Rave’ on November 30, 2019. Powered by the United Bank for Africa (UBA), this year’s rave which is themed ‘The shutdown’, is where everyone wants to be. 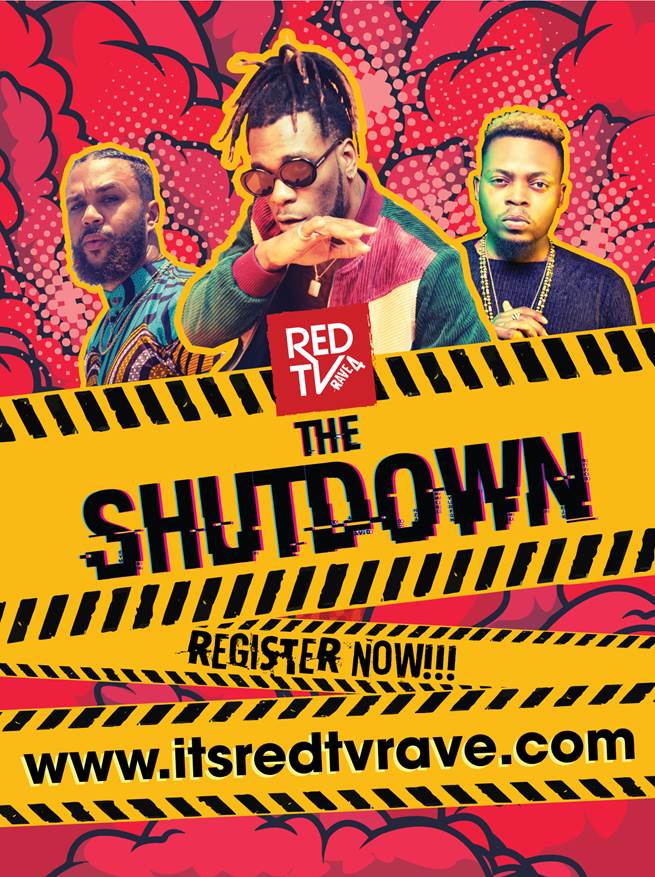 From the crème de la crème of entertainment to high profile business moguls, the premium entertainment Brand, REDTV, will host creatives and guests to an unforgettable night on November 30th, 2019, kicking off the ‘Dirty December’ party season.

The Executive Producer of REDTV, Bola Atta, who spoke excitedly about the rave, stated that a lot has gone into the preparation of this party, where over 5,000 guests are expected. “The REDTV rave is an expression of the fact that REDTV is more than just an entertainment platform, it is a lifestyle and an expression of our language and culture as we constantly connect with members of the creative industry who have been changing the narrative across music, film, fashion and the Arts on the African continent. It is a way to say thank you to all our fans who have followed closely, the successes of some of our shows like The Men’s Club, Boutique Hotel, Our Best Friend’s Wedding and Inspector K, amongst many others’.

The performing artists at this year’s rave include a headline of Burna Boy, Olamide and Jidenna. Also performing are rising star, Fireboy, Tems, Ajebutter22, SDC, BOJ, DRB with Dj Consequence and Dj Sparrow on ground to ensure the music flows. Registration to the rave is free and drinks and food are also complimentary as guests get a chance to mingle with some of their favourite celebrities.

REDTV is a fast-paced lifestyle channel that puts Africa on the global stage. Proudly powered by the United Bank for Africa, the network is an entertainment platform with rich content that features the very best of Africa.

HAMBURG, GERMANY - NEWSAKTUELL - 5 Aug 2020 - The DAX (abbreviation for Deutscher Aktienindex, it measures the performance of the 30 largest (in terms of free...
Read more
MEDIA OUTREACH

The attention of United Bank for Africa (UBA) has been drawn to false reports circulating in the media alleging that UBA and some of...
Read more

United Bank for Africa (UBA) Plc on Thursday announced that one of its executive directors purchased total shares of 3,000,000 between July 15, 2020. This...
Read more

Africa’s highly-anticipated online series, The Men’s Club, hit the screens for its Season 3 on Wednesday. The 13-episode smash series is powered by the United...
Read more
- Advertisement -