The 2019 Loeries Official Rankings are out

Losing your phone and wallet or having them stolen can be very frustrating. However, in case that happens to...
Read more
Since 2010, the Loeries Official Rankings have offered a comprehensive overview of the annual performance across the brand communications industry throughout Africa and the Middle East. The rankings list the top brands and agencies, as well as specialist focus areas and individual performance in key areas.
The Loeries Official Rankings are a useful and independent measure of who’s doing what across the region and provides an objective and credible representation of performance across the whole of Africa and the Middle East. The Loeries is also the only award across Africa and the Middle East that informs the global WARC Creative 100, a showcase for the best creative work in the world.
CEO Andrew Human adds: “The Loeries Official Rankings remain the definitive measure across Africa and the Middle East for brands, agencies, production companies and individuals working across the design and advertising industries. It is the only comprehensive index for the industry that allows an oversight of what’s happening in this region, which makes it very useful when determining agency and brand performance throughout the region.”
2019 sees Joe Public United being ranked the number one agency in the Overall Ranking by Agency – Africa and the Middle East – for the second year in a row. Xolisa Dyeshana, chief creative officer, was elated because he recognises the Loeries as the premier awards in the Africa Middle East region and as one of the top awards in the world.
“To be recognised at this level is a huge honour for Joe Public,” says Dyeshana. “We are proud to be creating work that not only resonates within the regions but is of particularly high quality for our clients. We strive every day to improve our product and add continued value to our clients’ businesses. So to receive this accolade is a testament to the opportunity given to us by the brands we work on and the hard work of the people in our company.”
TBWA retained its place as top-ranked Overall Regional Agency Group, while TBWA\Istanbul shot up two places, coming first in the Ranking by Agency – Region Excluding South Africa category. Chief creative officer Ilkay Gurpinar explains: “Coming from Turkey and being awarded by a totally different collective of respectable jury members with the highest award in this category shows us once again that the language of creativity is universal. It is like we are speaking to each other through creativity, which is very exciting and fun.” She further commented on the incredible authenticity and creative DNA that is prevalent across the region.
Pete Khoury, chief creative officer at TBWA\Hunt\Lascaris Johannesburg, says being ranked Regional Agency Group for the second year in a row is “an amazing feat and acknowledgement of our collective capabilities across our region: creating iconic, compelling and relevant work for our clients across the region and on multiple platforms that leverage every media channel”.
Cem Topcuoglu, the regional CEO of TBWA, added: “It’s great to see our regional network building on its strong foundations. Next year, we’re going for the hattrick.”

The top-ranked brand for 2019 was Chicken Licken (up from number 2 in 2018) and newcomers City Lodge Hotel Group and Philips and the Nelson Mandela Foundation took second and third place respectively. Chantal Sombonos-Van Tonder, MD of Chicken Licken, says she is proud to continue her father’s legacy in “taking this company to the heights it deserves”. 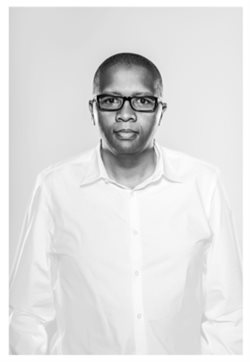 In the Small Agency category (1-24 employees), Regency Global took first place, while Duke moved up one spot from last year to take second place, and Sunshine Collective took the third spot. “We are super excited to receive this recognition,” says Shani Kay, Regency Global chief creative, “and equally so to see our approach to authentic brand building and profit-with-purpose storytelling starting to make some industry waves. We believe in helping conscious brands to build long-lasting and sincere stakeholder relationships, and 2019 has helped us prove the concept of just that. Moreover, it has reaffirmed our conviction in the power of real human narratives to positively impact society, so particularly necessary and relevant in South Africa today.”

For the first time, in addition to brand communication, Loeries Design entries included areas of design such as retail furniture and product design, fabric, wallpaper, lighting, architecture and interior design, and even the design of signage programmes.

This recently extended Design category paid off for furniture designers David Krynauw and Jasmyn Pretorius, who were jointly ranked number two in the individual rankings – Designer category. The ranking clearly meant a lot to both, because it was so unexpected.

“It is both an honour and a privilege to be recognised by the leaders in the creative industry as someone who can influence future thinkers,” says Krynauw. “There are so many brilliant ideas out there and to be given a platform to execute and further mine is truly a blessing. My aim is to grow my team and business, and my hope is that this will help us build momentum.” 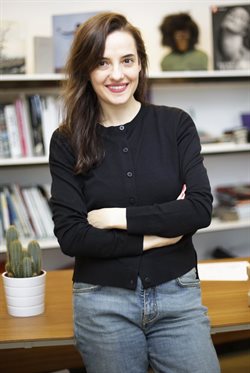 ”We are just incredibly excited to get this recognition for our work,” adds Pretorius, “and the value of being recognised across the Middle East and Africa is almost immeasurable!”

Turkish communication designer Önder Sakıp Dündar was ranked the top designer. “The bonds between design and advertising are getting stronger day by day,” he reflects. “It’s because agencies and brands have realised the importance of design – giving them a face, boosting visibility, driving conversations and reinforcing messaging.”

Full information on the Loeries Official Rankings can be found on loeries.com as well as rankings for previous years.

Marking a seminal moment in the history of the organization, the Global Business School Network (GBSN) is excited to welcome Togo-based Ecobank Academy as...
Read more

Orange, a major telecoms provider in Africa and the Middle East, and NSIA, a leader of bancassurance, are pleased to announce the launch of...
Read more