LaLiga has increased its total number of followers on social media 25-fold since 2013 and now has profiles on 12 different platforms publishing content in over 15 languages.

Digital strategy has become a key tool in the internationalization of LaLiga and its clubs.

Madrid, 9th January 2020.- LaLiga has reached another high-profile milestone, passing 100 million followers across all its social media platforms. Over six years’ work has seen the organization consolidate its presence on 12 different social media platforms, producing content in over 15 languages. 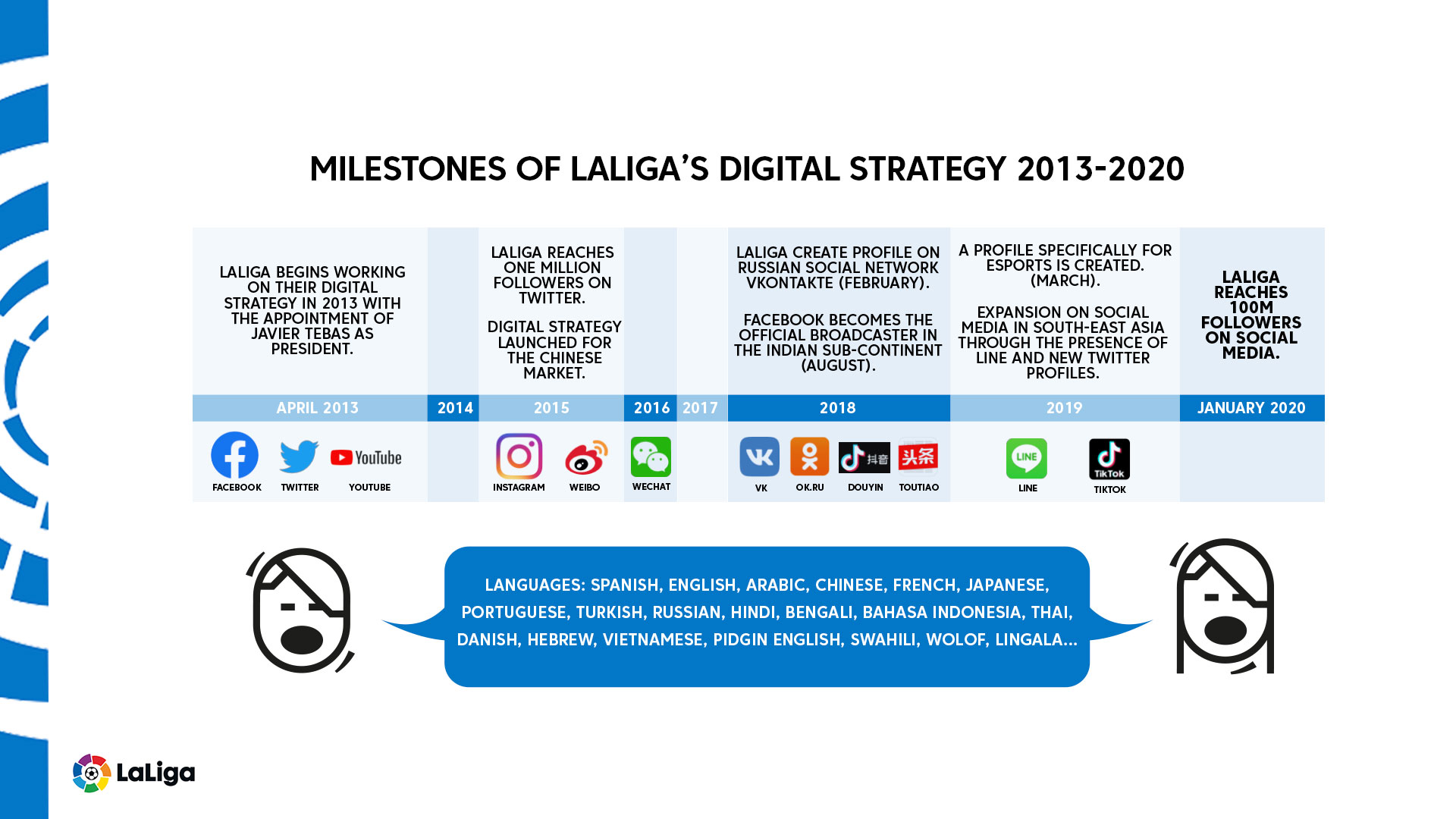 “Passing this digital milestone is an achievement which should be framed within LaLiga’s wide-reaching international growth strategy. We’ve gone from having 3.9 million followers at the end of the 2013/14 season to over 100 million today, a record figure reached with an average of 47,000 new followers per day,” says Alfredo Bermejo, Digital Strategy Director at LaLiga.

Currently, over 25 people from 10 different countries make up the social media team based at LaLiga’s headquarters in Spain. In addition, many more based around the world collaborate on international projects to increase the visibility of the organisation and its social media platforms, among them the 45 LaLiga Global Network delegates, the International Development team and those spread across its nine international offices.

“This success is without doubt down to the team behind LaLiga’s social media channels and to the departments that support their growth,” explains Bermejo. “They have known how to adapt to our followers’ interests and needs to offer them engaging, quality content, which has in turn strongly positioned LaLiga both nationally and internationally.” The use of social media has thus become a key component in LaLiga’s internationalization strategy and that of its clubs.