The Lagos State Government on Friday commenced the enforcement exercise to clean-up Ikoyi and Victoria Island and impounded 36 exotic cars as well as trucks from an illegal car mart and mechanic workshop located on the pedestrian walkway along Murtala Mohammed Drive, formerly Bank Road in Ikoyi. 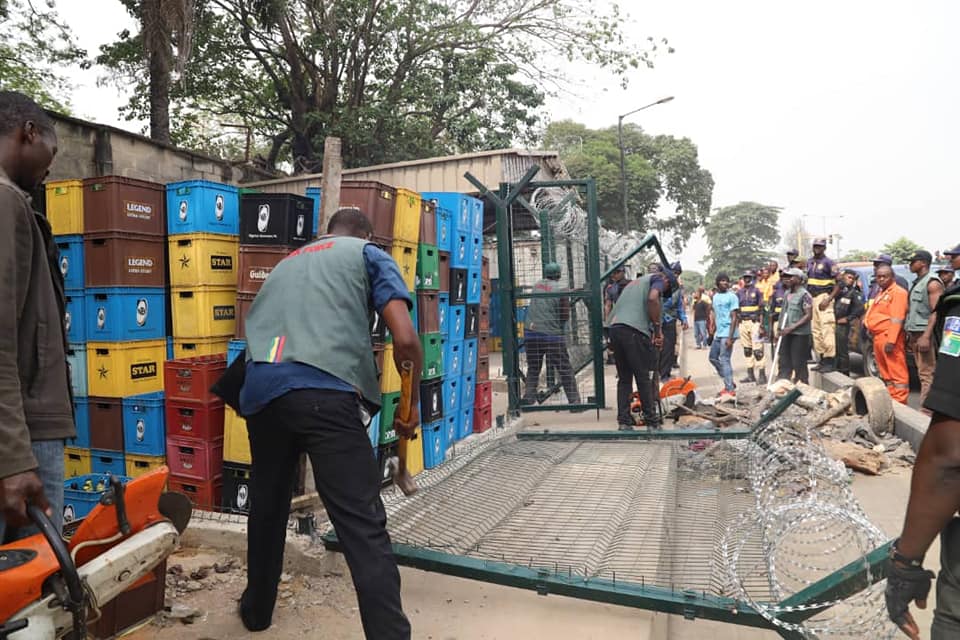 During the enforcement action led by the Chairman, Task Force on Environmental and Special Offences, CSP Yinka Egbeyemi, four persons were also arrested and promptly arraigned before a mobile court. 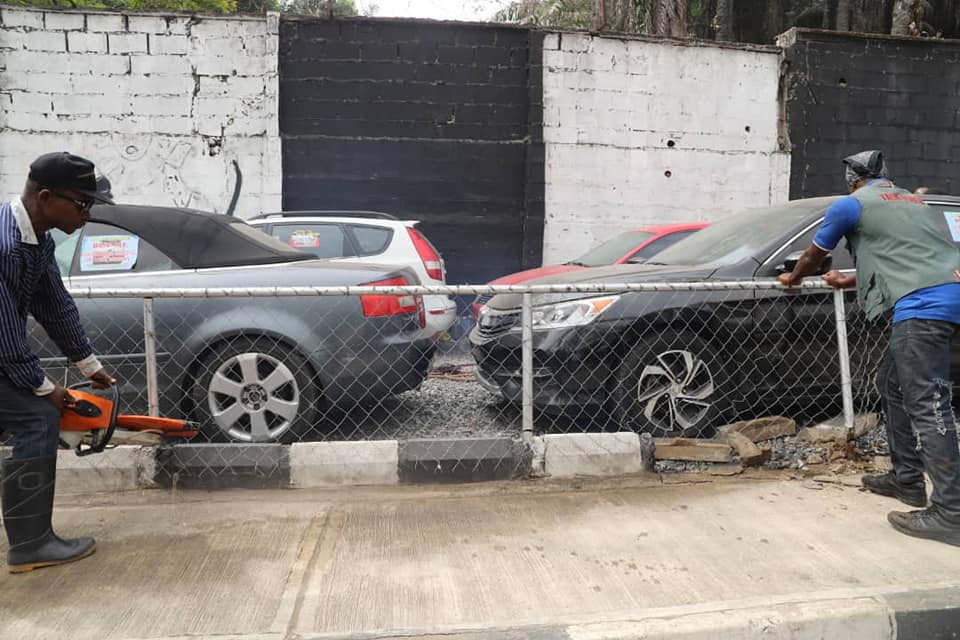 The individuals were arrested for various reasons including the conversion of a walkway on Bank Road into a beer parlour as well as transforming a pedestrian route into a car mart with 36 fairly-used vehicles displayed for sale. 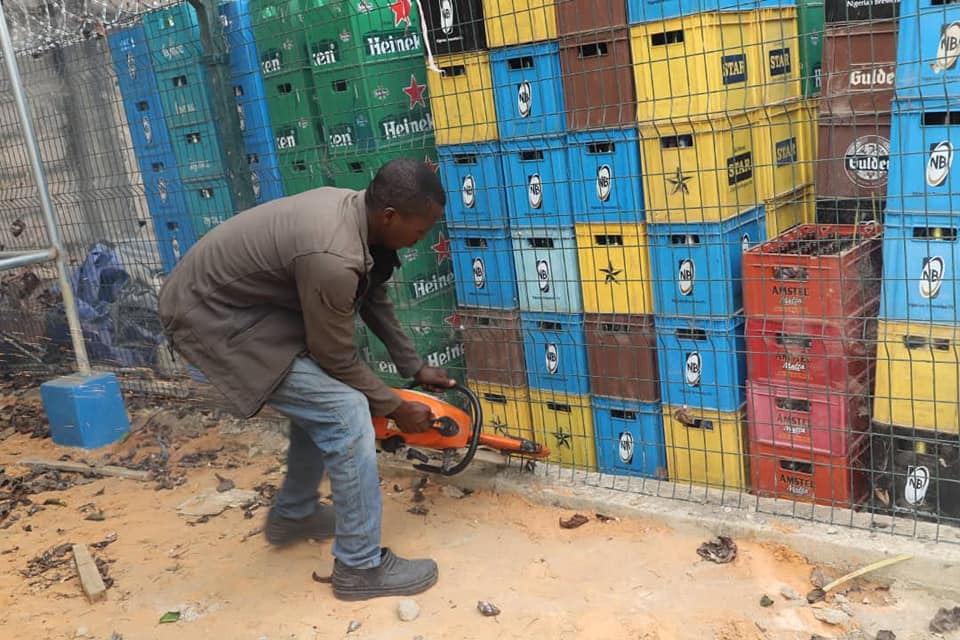 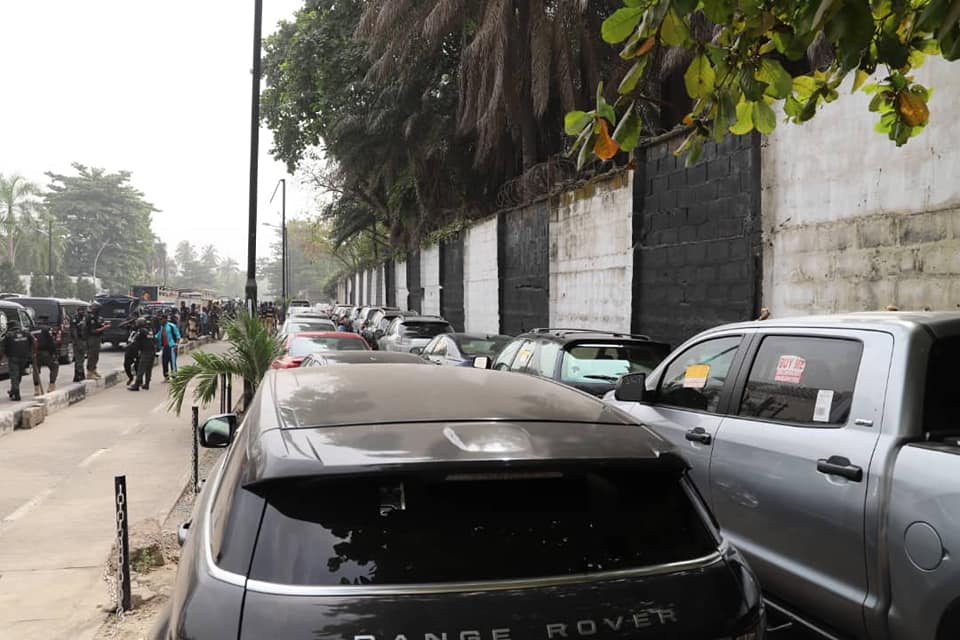 After the arraignment, a culprit, Mr Olowu Oladipupo was charged for converting the walkway into a beer parlour and fined N50,000 while all the cartons of alcoholic and non-alcoholic drinks displayed were confiscated. 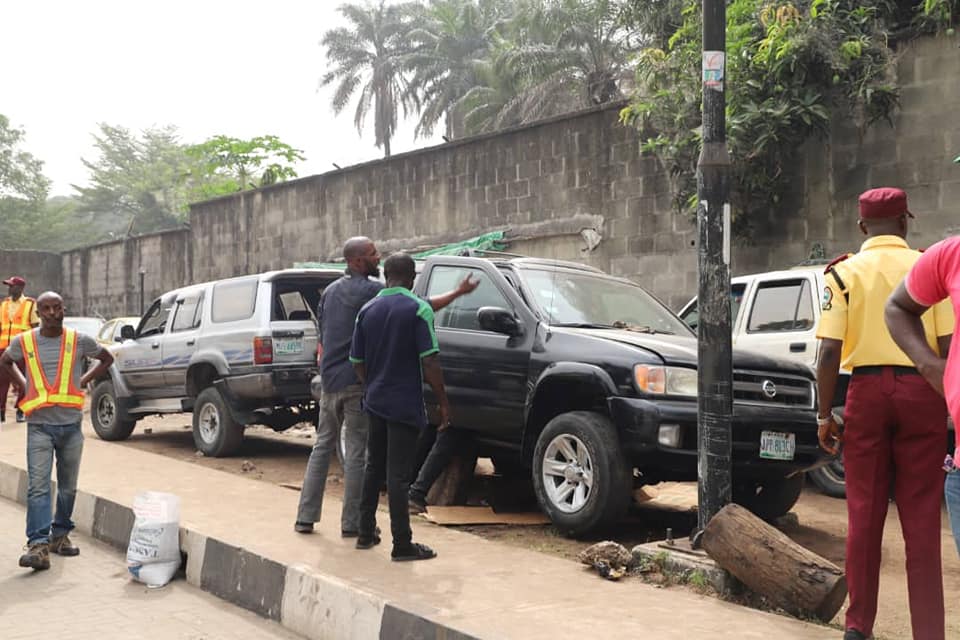 On the other hand, three other persons – Lateef Olatunde, Damilare Taiwo and Lukman Jatto – who converted the walkway into a Car Lot were fined on each of the counts after pleading guilty while the 36 vehicles were impounded by the court. 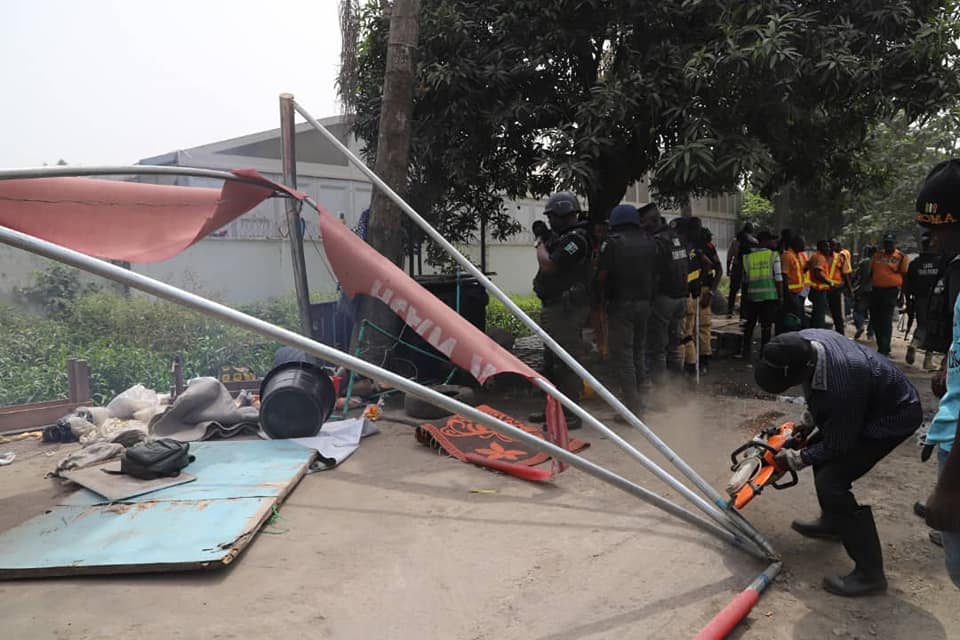 Speaking with newsmen at the end of day one of the exercise, CSP Egbeyemi advised other owners of the illegal structures to remove them immediately, warning that today’s exercise was just a tip of the iceberg. 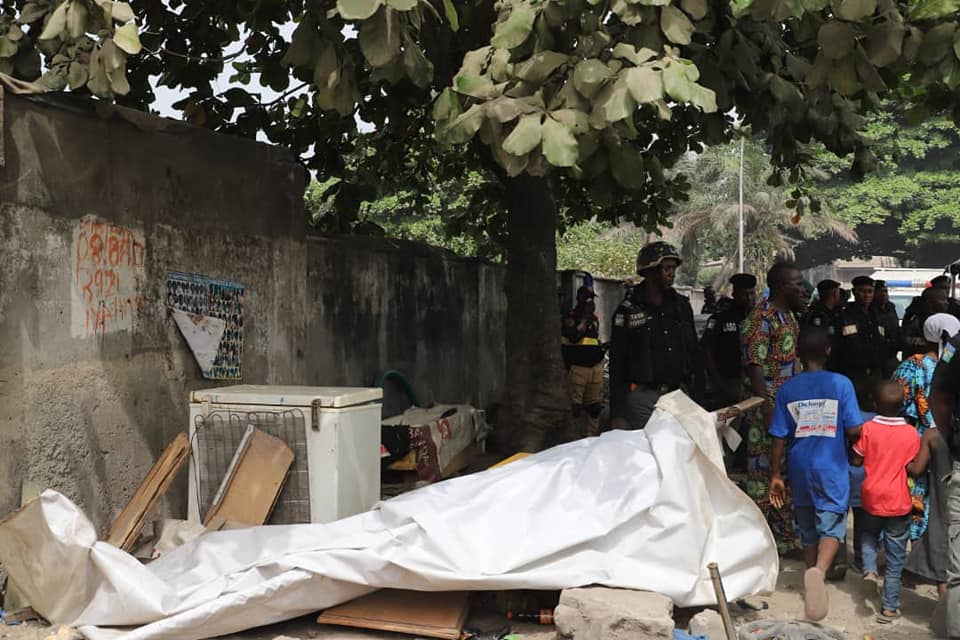 He affirmed that the Committee will actualise its mandate to rid Ikoyi and Victoria Island of all illegal structures and all environmental nuisance, hinting that the cleanup exercise would span the next six months with the support of other agencies such as KAI, Neighbourhood Safety Corps and LAWMA. 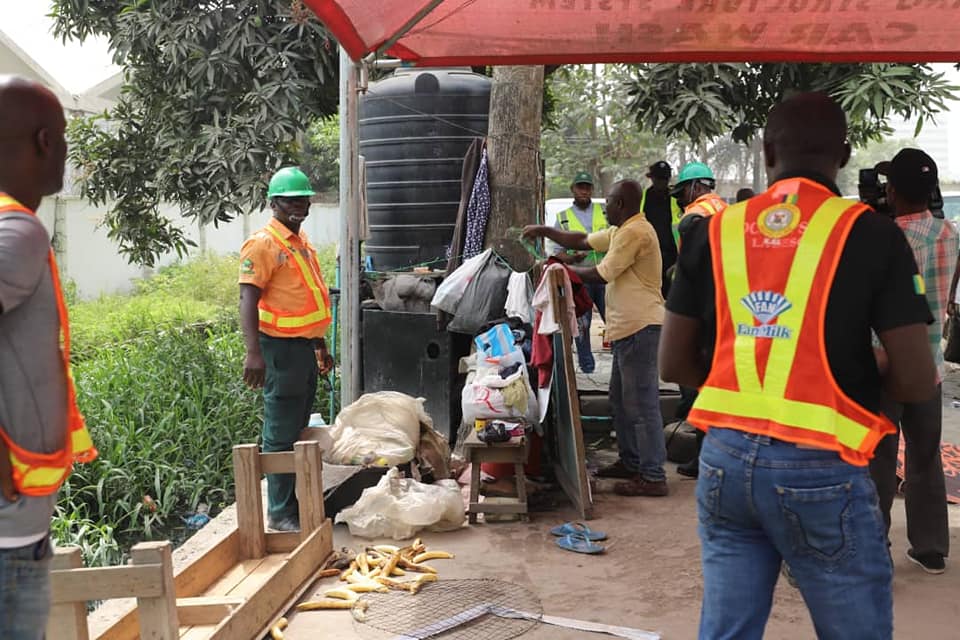 “As the exercise continues, commercial motorcycle riders plying restricted routes and commercial vehicles driving against traffic as well as those picking passengers on the main roads would also be apprehended and prosecuted”, Egbeyemi said.

The Task Force Chairman added that “night club owners and karaoke operators who encourage their customers to park their cars on main roads and make life difficult for residents to gain free access to their homes would also not go unpunished during this cleanup exercise”. 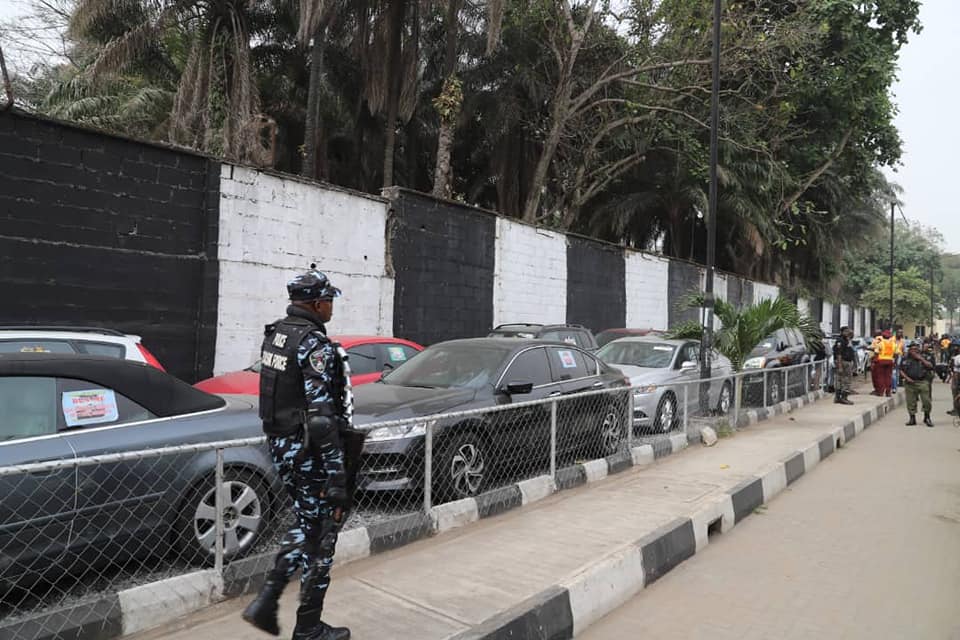 Recall that the Special Committee had earlier embarked on several awareness campaigns through the electronic, print and social media to sensitise residents, owners of illegal structures on setbacks, walkways, drainage alignments, roadside mechanics and squatters in the affected areas as well as the general public on the need for compliance, maintaining that anyone caught will be punished in accordance with the environmental laws of the State.

The 6th edition of the HR Directors Network, hosted by Phillips Consulting, was held recently held at the Wheatbaker Hotel, Ikoyi. Known as one...
Read more

Mothers have been urged to culturally educate their children as this would aid the mental development of their children. This was unveiled by Mrs....
Read more

Developer to deliver Kingsway Tower in 2018

Barring any unforeseen circumstances, the iconic 15-floor Kingsway Tower in Ikoyi, Lagos will be delivered early next year, thereby adding to the plethora of...
Read more
- Advertisement -